Can you EVER go home again? 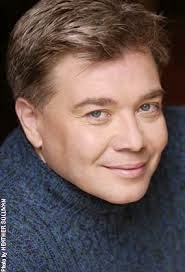 I dreamed a dream of days gone by...

Normally, I celebrate artists and their body of "worth". Today, I am celebrating my family.
Today is National Siblings Day and I dedicate this blog to my sister and my brothers.There is an expression that you can never go home again. I am being reminded by that over and over again  lately.
I got to thinking about this this week when I heard that Manatu's Restaurant in the Village here in New York shuttered its doors for good.I have many memories of late night suppers or early morning breakfasts there throughout the eighties when I was a piano bar junkie when the village was thriving with piano bars. Check out my blog tomorrow about that period in my life and that world that, alas, doesn't exist. Yes, there are still cabaret rooms and piano bars, but the vibe is very different.

There is a song from Pal Joey, there is a song called In The Flower
Garden of My Heart. Of course, Joey is singing about all of his sexual conquests throughout his life. For me, the flower garden of my heart is the wonderful memories I cherish and hold on to.

In February, I went home to South Carolina to visit my family for my mom's 75th Birthday. I guess as I'm getting older (I'm 53), I'm getting more and more nostalgic for the things of my past. Don't misunderstand me, I'm absolutely embracing who and what I'm all about today.

However, there are many aspects of the past that are no longer there except for, for now, vivid memories.

I have been doing some spring cleaning and going through a lot of cards and correspondence from
the past twenty-five years. It amazes me how many of my friends and family have passed on. I'm constantly reminded to seize the day and cherish the moment.

I was born the oldest of four children born to a welder and a factory worker. I was an honors student and an actor in the local theatre company, The Theatre of the Republic, in Conway, South Carolina.
For the first 18 years of my life, broadcast TV and antennas were the way TV came into the house. Three channels VHF. I Love Lucy, Ed Sullivan. "All in the Family". "Laugh-In". "Bewitched". "The Rockford Files". "Fame". I do love the great classics of American TV such ad Bilko, I Dream
Of Jeannie , Bewitched I Love Lucy, Murder She Wrote. Great stuff !
It was an escape into another world, and above all, it was FREE. All was right with the world.

While I was home, we spent a day just driving around and looking at those landmarks that were so much a part of the first 18 years of my life.

We went by my old grammar school, Waccamaw Elementary on Highway 90.

There were signs that trespassers would be arrested. All of the playground equipment were gone. They are now from most school grounds.
Schools are afraid of being sued in this litigious society if kids get hurt.
How often did I get splinters from the see-saws (yes, they were wooden), or falling off the metal monkey bars, or being flung off the merry-go-round when it was going too fast, or being fit in the head with the swing. I spent my childhood with bruises, scapes, and scars!

Our school yard consisted of a merry-go-sound, see-saws, monkey bars. Although they were not physically there, I saw them in my mind's eye.
I saw all the playing and the fun and the angst play out before me. I was in the last graduating class of the old Conway High School. 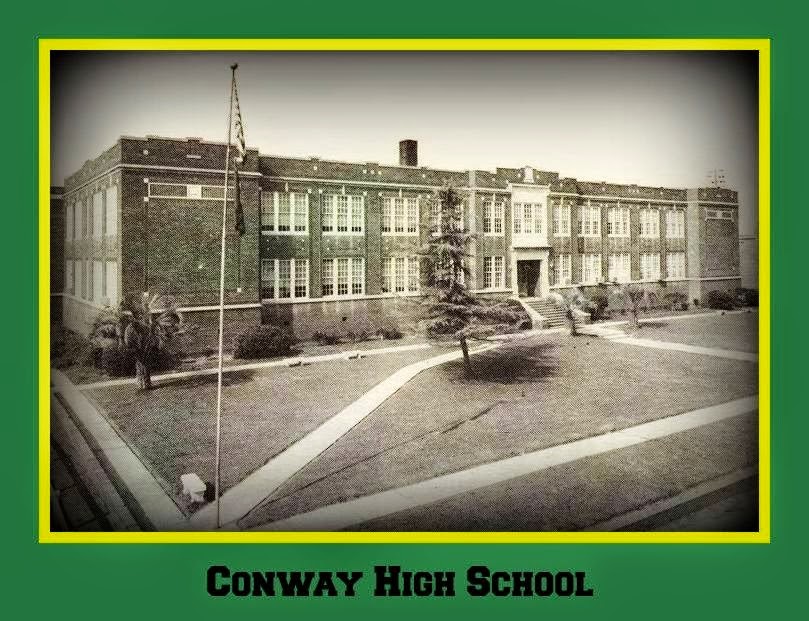 The first year the new school was in existence was 1980. It is hard to believe that that was thirty four years ago!
While home, I  desired to go by to see my grandparent's property where a large portion of my childhood was spent
My paternal grandparents were almost surrogate parents to me.When my sister was three, she was diagnosed with kidney and liver disease. Before you get sad, she is still very much with us.

Everyone thought she was going to die. For almost a year,
my parents and my sister lived in a hospital facility in Chapel Hill, North Carolina


I lived with my grandparents during that time, only seeing my parents on weekends.
Because of my sister's immune system, I was unable to see my sister. I was four years old at the time and a bond formed between me and my grandmother that I still feel today even though she passed on in 1995 at the age of 85. I still think of her daily.
Even as I grew older and into my teenaged years, I worked in the summer on my grandparent's farm and spent my summers there.
I miss those summers shelling butter beans on the front porch as dusk approached. To this day, because of those times, it is still my favorite time of day.
They lived in an old-fashioned harm house on an old-fashioned tobacco farm.
There was a dirt driveway leading up to the house. When you pulled into that driveway, to your immediate right was an old tobacco barn on a fild that saw tobacco, corn, and soy beans over the years.


When you pulled up to the house, the front yard had hickory and apple trees and to your left was a pack-house where the tobacco was stored before sending to the tobacco warehouses.I fell
out of the top when I was three.
I actually jumped. I thought I could fly. I still do.

The house had a big front porch, something I truly wish I had in my own home.
When you walked into the house, you walked into the living room, aptly named. I have so many memories there of family functions.
Holidays were very big for my grandmother and
she celebrated them to the hilt.
The house was decorated to the hilt at Christmas. Halloween would find her with a huge metal bowl for candy for all of the trick or treaters.Family was also a BIG part of my grandmother's life. My grandparents had eleven children. One Uncle died ten days after birth. All of my aunts and uncles and MANY cousins all lived within close proximity of my grandparents except for my Uncle Parma Lee and Aunt Virginia and their daughter Lisa. They live in Kansas. They had another daughter Tonya who died of Hodgkin's disease when she was seven. I was thirteen at the time.

Saturdays would find my grandmother in the kitchen baking cakes and pies to rival any bakery.
I have so many fond memories of those Saturday afternoons. My grandmother would let me lick the spoons but these pies and cakes were for Sunday dinner. Everyone would descend upon my grandparent's home after church for a feast!
What I'm about to describe is going to sound very sexist...but it was a way of life that I never questioned until later in life. ALL of the uncles would sit down to
Sunday dinner before the aunts! Not only would they sit down separately (there was no room for everyone to eat at the same time), but the aunts were waiting on them!
It was all done with love and affection. I never saw any animosity over this arrangement.
I can honestly say in my entire life, I NEVER heard a harsh word between my Aunts and Uncles.
There were also never any divorces between any of my Aunts and Unles.
That has always amazed me.
My grandmother passed away in 1995 at the age of 85. My grandfather passed away four years later at the age 92. My grandparents were married for 64 years.
My father passed away twelve years ago at the age of sixty seven. Since then, my Uncle Joe, Aunt Christine, and Uncle Sammy have passed on. My Uncle Vernon, who was married to my Aunt Mary has passed on. She has remarried. This is ONLY the Skipper side of the family. I haven't even delved into the Rabon side of the family, my mom's!

I am glad that I had the childhood I had. Trust me, it was not always rosy...for a myriad of reasons.

Everyone around me bestowed consistent candor in areas that were sometimes painful.

Well, back to my recent trip home.
My sister warned me that I would not like what I would see. She was right. A second or third cousin got the property. The barn by the road is now gone. The dirt road is a paved tree lined driveway.
Instead of the farm house and pack house. There is a gorgeous large house instead of the house of my memories. I hope that somehow the memories of what we had will live on in the hearts of my second and third (and so on) cousins who will continue to come into this world. It was a special time without the internet and cell phones. We had one telephone in our home that was stationary on the wall with a spiral chord. There was no called ID or call waiting. If you called a number, you got a busy signal if they were on
the phone. We didn't even have answering machines. We HAD to be patient in terms of connecting with one another. I also loved the fact that aunts and uncles and cousins would just go out on a Sunday afternoon to visit one another. Sometimes, they would just stop by unannounced. There was always room for them at our supper table. When it was my Uncle Gilbert and Aunt Christine, their six daughters and my sister and brothers would get very excited if they took out the cards to play Canasta! That would mean that we would have so much time to play games. We would be running around playing games outside or watching some great special or variety show on TV. There are many fond memories of that time.
As I write this blog today, a flood of memories are running through my head. I guess you CAN go home again!

Like the song goes, I'm so lucky to be me!

More about me can be found at http://www.richardskipper.com


Let's start celebrating each other again rather than tearing them down.

Thank you ALL of the artists mentioned in this blog for the gifts you have given to the world and continue to give!
With grateful XOXOXs ,

A Testimonial from Richard Skipper's most recent event
Richard - What a wonderful experience it was working with you at Pier 701 Saturday night (4/5/14)!
It was a remarkable, successful evening!  I thought the show was terrific, the cast was amazing and the flow was perfect!  Not to mention your natural talent to keep the audience completely captivated for the entire show from start to finish!
Bravo, I look forward to working with you again soon!
Tim McGrath,  http://www.neilberg.com
(Richard Skipper.com Guestbook)

Check out my site celebrating the FIRST Fifty years of  Hello, Dolly!

I desire this to be a definitive account of Hello, Dolly!  If any of you reading this have appeared in any production of Dolly, I'm interested in speaking with you!
If you have anything to add or share, please contact me at Richard@RichardSkipper.com. 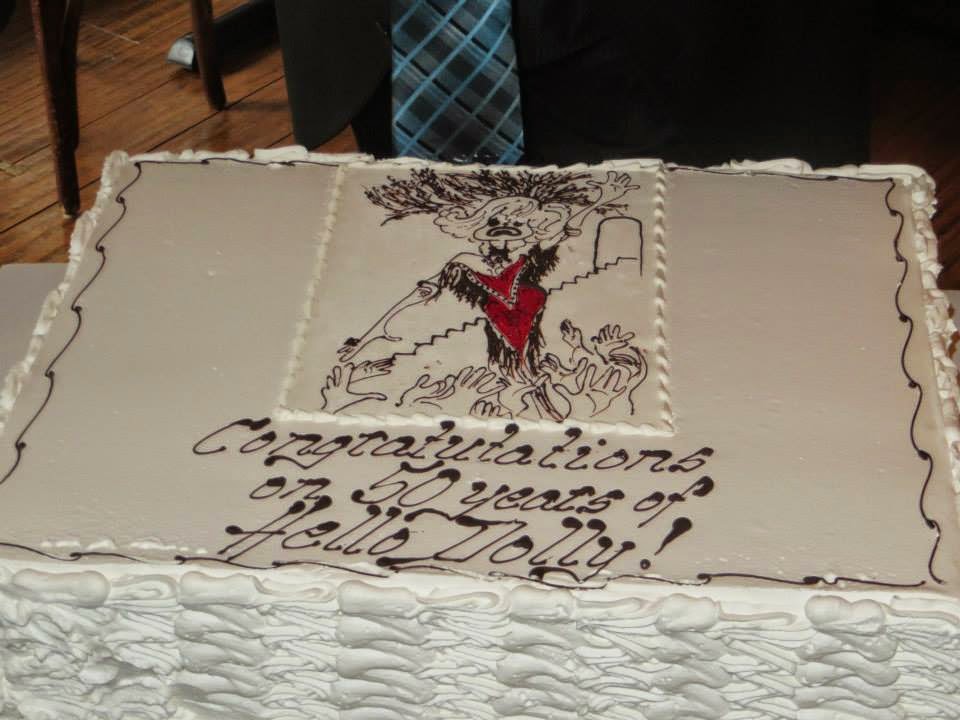