Keeping it REAL and Moving Towards 2017!

Christmas is not a time nor a season, but a state of mind. To cherish peace and goodwill, to be plenteous in mercy, is to have the real spirit of Christmas. Calvin Coolidge (put together!)

Happy December 27th, 2016!
December 27 is the 362nd day of the year . There are four days remaining until the end of the year.
Happy Holly Daze! The WORD for the day is REAL.  Think of this word as your mantra for the day. First apply the word to yourself, THEN apply this word to EVERYONE YOU meet. Think of this word as you respond to EVERY POST you see throughout the day. The word for TODAY is REAL  ! Please pay it forward...

There are 19 days till my next Richard Skipper Celebrates...

Countdown to Bette Midler's Opening Night in Dolly:114 Days
Today, I celebrate  Jacquelyn Piro Donovan who has portrayed Dolly in various stock productions. She also has portrayed Irene Molloy  http://www.callondolly.com/jacquelyn-piro-donovan.
If you have any questions/comments/suggestions for the site, please share with me.
As you can see, for me, there are always things to look forward to. But I've always been taught that you can't know where you are heading unless you know where you've been. I've written in the past about Miss Epps, my mentor in my teens. I met with her ever Wednesday for my last three years in South Carolina for acting and elocution lessons.
We studied the classics, read from biographies of the great stars, studied the history of the industry, and acted scenes from great plays.
Whenever a name of a famous person or historical event would come up, she would stop me and ask me questions about either/or. If I didn't know who I was reading about, she would close the book and tell me our lesson was over until the next scheduled time. I was required to come back with three facts about named person or event.
This was before Google searches! I would go to the Conway Library and look up the information I was required to. I would go to the film and theater section, as limited as it was, and look up the names and events in the index of as many books as possible. Like all art, it starts with a blank canvas. It is up to you to pursue your dreams and make your goals your reality.
I remember one time my parents dropped me off at the library on a Saturday morning while they did the weekly grocery shopping, dry cleaning, and paying bills. They came back to find that I was checking out twenty-five books! I had to take them out in a laundry basket! I'm not going to say I read every book cover to cover, but I really researched those books! Miss Epps used to say to me that every time I stepped on stage, I was carrying the mantle of every great entertainer that had gone before me. I never forgot that. I still remember that every time I step on stage. It also has led me to where I am now in my career AND in my life. 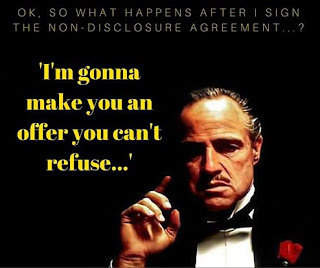 At this point in my life, my mind was already made up that I would be coming to New York on August 5th, 1979 to pursue my career. I have written in the past that on August 5th, 1974, I announced to my family that five years from that date that I would move to New York and I stuck to that! I was reading a book on what we now call creative visualization. It said to set your mind on a goal like a homing pigeon and go after it.
I had practically no support from anyone. They all thought it was a pipe dream. Success equals change by definition. To move from where you are to where you want to be, you need to implement changes in your lifestyle. So, on August 5th, 1979, at the age of eighteen, as planned, I flew to New York. I had $500.00 in my pocket, an umbrella, portfolio of pictures, brief case (I wanted to look professional!), my Bible, and one suitcase. I didn't know what awaited me. That morning I got up and called David Johnson, the guy I was going to be staying with, to assure him of my travel plans. He said he had a 'business meeting' and therefore could not meet me at the airport. He suggested I take a taxi. Our summer neighbors, Mr. Mike and Miss Marian Cocchiaro, were appalled that this guy (who knew I was coming) could not even arrange to meet me at the airport. I was green and fresh off the farm. You see, I had never traveled before. That felt that any seasoned New York cab driver would pick up on that fact right away and would give me the ride of my life depleting the $500.00 I was arriving with. Mr. Mike, who was a retired cab driver from Washington DC, suggested I take an 'airport limo'. What they were referring to was a shuttle bus which would take me directly to the apartment on 86th Street and Second Avenue in New York.
When I arrived in New York, I'm sure my eyes were as big as saucers.
After getting my luggage, I stood in line and rented a stretch limousine! THAT is how I arrived in New York!
I've included photos of my neighbor's house because that was my safe haven. My family didn't understand me. They still don't! I'm a complete stranger to them.  But I keep trying! As I move towards 2017, I'm setting my sights on my goal like a homing pigeon.
I would also like to take a moment to acknowledge the passing of Carrie Fisher today. It has hit me very hard as have all of the losses (on many levels) that we have experienced this year. Please take a moment to acknowledge those you love. None of us are promised the next moment.

I'd like to thank my friend Dorian Woodruff for this:
I know there are others but, these folks had an impact on me. 2016 has been rough. RIP.

Carrie Fisher Carrie Fisher. What a brilliant comic mind. Terrible news.
-Charles Busch
And from Stephen Sorrentino: Statement to Richard : The reason why you and so many true artists are taking Carrie's passing so "to Heart" is because she is part of a legacy that is nearly extinct. She might have been the only tie to what is left of the golden age of Hollywood. In today's world of sensationalism & instant fame, Carrie came from a time where talent, ability and A community that we wAmericans considered as our own royalty. Our Hollywood icons where our royal families. As our original royalty has largely left us and now what remains is only a few, Carrie fisher was a symbol of carrying the torch. She was honest, talented, insightful, and brilliant and wore the coveted crown of being not only a princess of Hollywood but of our iconic films as well. She might have been brought into this world as part of American royalty but she also earned her way to becoming royalty herself thrrough her talent and ability and unique approach to life. As we look into the great abyss of what America has come to except as "show business", all we can see is a world ruled by reality show stars, statements being made by people with no insight to art or even intellect, yet their words are taken to heart by a large population of Americans. Those of us with talent, intellect and sensitivity see a large dark hole to which our future seems to be quickly propelling us into. my heart goes out to my friend Debbie and tell her son Todd and the entire family. May the force be with us as we try to except what we have been dealt with as our new American royalty....
George Michael
Alan Thicke
Florence Henderson
Leonard Cohen
Garry Marshall
Gene Wilder
Anton Yelchin
Prince
Doris Roberts
David Bowie
Alan Rickman
George Kennedy
Garry Shandling
Patti Duke
Glenn Frey
Edward Albee
Harper Lee
Abe Vigoda
Robert Vaughn
Doris Roberts
Ron Glass
Maurice White
Leon Russell
John Berry
Frank Sinatra Jr.
Pete Huttlinger
Pete Fountain
Mark Murphy

Thank you, to ALL who are mentioned in this blog for showing me that it is up to ME to lead by example! 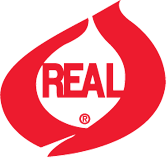 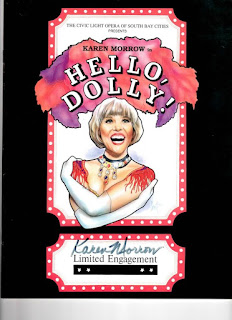 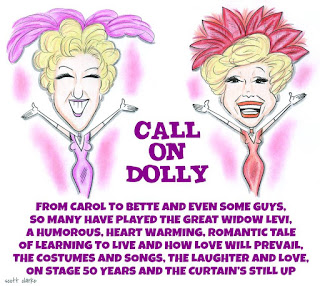 Richard Skipper Celebrates...The 53rd Anniversary of Hello, Dolly! Opening on Broadway 7PM at the Triad on Janurary 16th, 2017 featured guests will INCLUDE Beth Fowler, Lee Roy Reams, Sondra Lee, Rita McKenzie...AND Marilyn Maye.
Tedd Firth Musical Director with Jeff Carney on bass and Rex Benincasa on percussion.  Richard Skipper Celebrates: A Talk/Variety Show encouraging us to celebrate each and every day and the hidden gems therein.
Wear David Merrick red for amazing photo ops.
Tickets are $30.00 plus a two drink minimum.  Reservations a MUST! To purchase , go to THEIR website. http://www.triadnyc.com/buy-tickets  Mix and mingle with the cast  afterwards. You never know who may show up! ;)
Click HERE for a Look back at a FEW of the Dollys!

TILL TOMORROW...HERE'S TO AN ARTS FILLED DAY
Let your voices be Heard!