I don't mean to insult television, but a lot of the time, it's pretty straightforward. If you say, 'I love you,' you mean 'I love you.' There isn't time for anything more. Michael Learned

Happy Saturday, April 9th, 2016!
April 9 is the 100th day of this year. There are 266 days remaining until the end of the year.
It was on this day in 1961, the year I was born, that the Pacific Electric Railway in Los Angeles, once the largest electric railway in the world, ends operations. After 136 passengers boarded the last scheduled Pacific Electric Railway red car to ride the 18 mile rail line to Long Beach. A charter car departed 10 minutes later. The network had been formed in 1902, but the interurban tracks were gradually removed after World War II. Nothing lasts forever. Being just a couple of months old when this happened, I have no frame of reference. Daily in our lives, there seems to be an ebb and a flow and these changes change the landscape of our lives. Sometimes, the change is drastic. Other times, it may change the way we live our lives. Other times, it doesn't seem to affect our lives at all.
I saw a great quote this morning: What We Believe Is As Important As What We Believe In. It is such a simple quote and yet it says so much. The South is going through a major paradigm shift right now with their "hate" laws. There are many who do not seem them as hate laws at all. They are simply exercising their "deeply held religious beliefs".
That is a very dangerous slippery slope. Isis operates the way they do because of THEIR "deeply held religious beliefs." The KKK and other WHITE "supremacy" groups operate the way they do because of their "deeply held beliefs". As a bullied child, the guys that attacked me and picked on me daily somehow found a way to justify their behavior. We have a front runner for the GOP who says the most vile things and he finds a way to justify it.
I believe that "reality" television has played a huge hand in his popularity. Reality television is based on one-upmanship. Someone is always going to "kicked off the island" or "fired". Why has our culture dropped to such a low standard? You bump into someone on the
street and rather than say I'm sorry", it has become an assault and a fight ensues. Rather than rushing over to help someone, most people's first inclination is to grab their cell phone and film it.
In the early morning of April 9th 1940 the Danish army is alerted. The Germans have crossed the border; Denmark is at war against Europe's strongest army.
That is my rant for today! There are birthdays and milestones to acknowledge today. 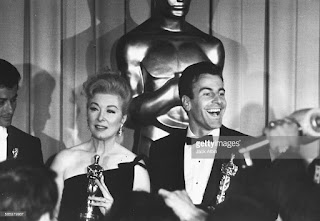 On This Date in 1961:  Bay of Pigs Invasion: Eight days before the scheduled invasion of Cuba, the CIA learned that the Soviet Union was aware that the attack would take place on the 17th, but didn't call it off. The information was not made public until 39 years later, when the Taylor Commission report was declassified.
Greer Garson  accepted the Academy Award for Sophia Loren) and Maximilian Schell won as best actor at the 39th Academy Awards, Los Angeles, April 9th 1962. 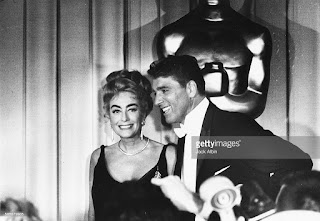 Honoring movies released in 1961.
Sophia Loren is the first actor to win an Academy Award for a foreign language film.
It was hosted by Bob Hope.
West Side Story was the big winner of the night.
Rita Moreno won for best supporting ssfor Anita in West Side Story, beating out Judy Garland for Judgment at Nuremberg.
Actor/singer Paul Robeson born on this date (1898).
Sugar opened on Broadway (1972). 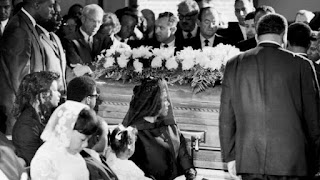 Thousands of mourners followed the body of Dr. Martin Luther King Jr. in a procession around the streets of Atlanta to pay their final respects to the civil rights leader on April 9, 1968.
On April 9, 1965, the Houston Astrodome hosted an exhibition baseball game between the New York Yankees and the Houston Astros, the 1st indoor baseball game!
a sold-out crowd of 47,879 watched the game. President Lyndon B. Johnson and his wife Lady Bird were in attendance, as well as Texas Governor John Connally and Houston Mayor Louie Welch. Governor Connally tossed out the first ball for the first game ever played indoors. Dick "Turk" Farrell of the Astros threw the first pitch. Mickey Mantle had both the first hit (a single) and the first home run in the Astrodome. The Astros beat the Yankees that night, 2-1. The first entertainer to hold a concert here was Judy Garland.
There are few venues as identified with Judy Garland during her post-MGM concert career as the
London Palladium. Certainly the RKO Palace and Carnegie Hall as well, but Judy Garland’s second career began, in earnest, on 9 April 1951, at the London Palladium. So, it seems quite appropriate that I celebrate Seth Sikes on this auspicious day.
NY Arts Review said about Seth Sikes that he "may well be one of the saviors of the Great American Songbook. "
Liz Smith recently said, "I told you recently about a young man, Seth Sikes, who has appeared at the NYC nightspot 54 Below, singing the songs of Judy Garland. I went off to see him last week and couldn't have been more charmed. He's young and handsome and enthusiastic. He doesn't try to duplicate her sound. Sikes has boundless energy and a true, strong voice, with just the right amount of throb and drive and melancholy. The place was packed."
Rex Reed said in the New York Observer, "Sikes belted out small gems and big treasures alike to a
sold-out house screaming for more." Reed went on to say, "He's already developing a fan base of Judy addicts and there's no telling how far Seth Sikes will go."
His career is definitely on the rise.  He has done sold out tributes to both Judy Garland and Liza Minnelli. I reached out to him in hopes of a mini-interview and here it is. I began by asking him about the work he is doing now and what it means to him.  As you read this, you will see why I have become a fast fan. I cannot wait to catch his next performance!
When I performed my first Judy Garland show a year and a half ago, I hadn’t been on stage in over a decade, and never alone. It was supposed to be a stunt, a one-night-only tribute to my
favorite singer, and her songs, because it had been those songs that had helped me get through a lot of days and nights. It’s this music that meant the most to me, and I wanted to share it, to
celebrate it. It's clear, from the surprising way people have embraced my shows, that the same music had had the same kind of impact on others. I don’t often react strongly to contemporary music; for some reason it’s the American Songbook that gets to me. Through Judy’s—and now through Liza’s—amazing songs, I get to help keep the Songbook alive. 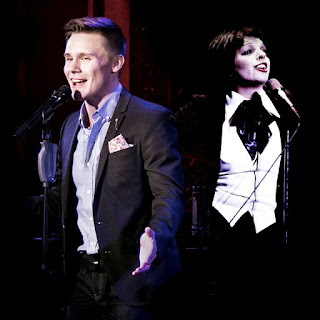 Why Liza Minnelli? What motivates you to celebrate her?
She is the last great icon of the golden age of showbiz concert entertainers.  Contemporary pop
artists since the birth of the singer/songwriter are a different thing.  So are contemporary Broadway actors who perform solo concerts.  When Liza performs, there is a total immersion
into a song, a complete embodiment of the character she's portraying, and an almost godly,
larger-than-life entertainment showbiz factor that I have never witnessed in anyone else except
for her mother.  These qualities are built into her musical arrangements.  She deserves to be
celebrated through her music because she is the last of her kind.

What advice would you give entertainers who 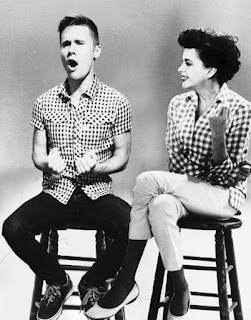 wish to pursue a career in this business?
Specifically in the "cabaret" business? First of all, I'd say don't expect to make a dime. It's not a money-making business. Only do it if you have to do it. Also, if you make the work personal and
honest and true, people will notice. Find a backer when you start.  Also, go big or don’t go at all.

What are you currently reading?
I'm a fiction junkie. I think it's an actual addiction. I recently finished A Little Life, by Hanya Yanigahara, which I must say is a shattering work. I'm wrapping up Lost for Words, by Edward St. Aubyn, and I'm excited to be delving into what promises tobe a very long journey: My Struggle, by Karl Ove Knausgaard.

If you could travel to ANY destination for a vacation or getaway, regardless of cost or practicality, where would it be… and why?
I want to go to the Greek Islands, sit by the blue green water with a novel and a bottle of Sancerre and write my next show. 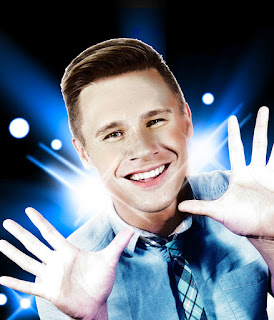 What's Your Specialty that might surprise many?
I really think that the only thing I've ever been actually good at is singing. I'm pretty good at Scrabble, but I'm out of practice because everybody plays Words with Friends now, which is a bastardization of the actual game.

If you changed careers, what would it be and why?

I often ask myself the same question!  I can't come up with what it would be, but it would be some field in which I could actually help people instead of entertaining them.
Three words that describe you and why?
Excitable, mercurial, hungry.  (They speak for themselves.) 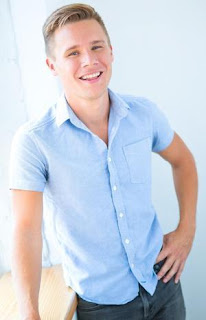 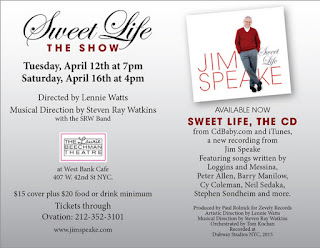 PLEASE CELEBRATE WITH US May 6th in NYC