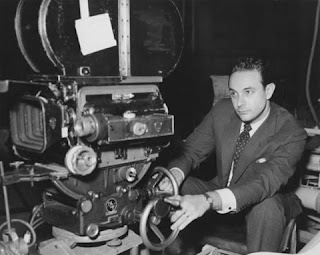 What we all like in life, I think, is the challenge of making something... that is not easy to do. Stanley Donen

Happy Wednesday, April 13th, 2016!
It's VINYL DAY!!!! Spin away!!!
April 13 is the 104th day of this year. There are 262 days remaining until the end of the year.
As I sat down to begin my blog today, John Rait singing Soliloquy from Carousel is playing on the radio. A great way to begin my day. Again I say begin every day with a song and obliterate the hate permeating our world,
In today's blog, I'm exploring fear and the role it plays in the artist experience.
Fear can motivate success . . . and it can get in the way of it. Look at the contributions that all of the artists mentioned in this blog have made to the world...and continue to do so. Three of today's birthday's that I begin with today are from artists who have contributed so much to our cinematic legacy.

Happy Birthday to Stanley Donen born on April 13, 1924 in Columbia, South Carolina, my home
state. Well known director and choreographer of musicals, including Seven Brides for Seven Brothers (a film Howard Keel - today's other birthday boy, worked on as well) and Mr. Donen is still active at 92!
Most celebrated works are Singin' in the Rain and On the Town, both of which he co-directed with actor and dancer Gene Kelly.
His other noteworthy films include Royal Wedding, Funny Face, Indiscreet, Damn Yankees!, Charade, and Two for the Road. He received an Honorary Academy Award in 1998 for his body of work and a Career Golden Lion from the Venice Film Festival in 2004. He was hailed by film critic David Quinlan as "the King of the Hollywood musicals". Donen married five times and had three children.
His current long term partner is film director and comedian Elaine May.
Howard Keel was born 97 years ago today in Gillespie, IL.  He is best known to modern audiences for his starring role in the CBS television series Dallas from 1981 to 1991, as Clayton Farlow, opposite Barbara Bel Geddes's character.
But to an earlier generation, with his rich bass-baritone singing voice, he was known as the star of some of the most famous MGM film
musicals ever made.
Keel first starred in the musical Oklahoma! on the London stage in 1947. HERE he is back in London in 1992 on the Bruce Forsyth Show, singing a medley from the classic musical. As host of the show, Forsyth has to get in on the act, but Howard provides a faultless performance reminding us of when he ruled the Hollywood musical and the London and Broadway stages.
Shani Wallis is an English actress and singer of theatre, television and film, in both her native England and in the United States. She is perhaps best known for her roles in the West End, and for the role of Nancy in the 1968 Oscar-winning film musical Oliver!

On this day in 1964, Sidney Poitier becomes the first African American to win the Academy Award for Best Actor, for his role as a construction worker who helps build a chapel in Lilies of the Field (1963).

Other Notable Birthdays on this Day
On 1519, Catherine de' Medici, Italian-French wife of Henry II of France (d. 1589)

It's the birthday of Samuel Beckett, born in Foxrock, Ireland, a Dublin suburb (1906). He studied French literature in college and then went to Paris, where he met James Joyce, who by that time was almost blind and working on Finnegans Wake.
Beckett became his assistant. He read books to Joyce, took dictation, and walked with him around Paris. He idolized Joyce so much that he began to smoke like Joyce and walk like Joyce.
He tried to write in Joyce's meandering style, but Beckett said, "I realized that my own way was in taking away, in subtracting rather than in adding." 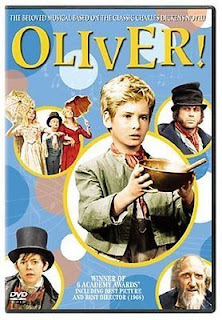 We are all born mad. Some remain so.
-Samuel Beckett

There is more hunger for love and appreciation in this world than for bread.
- Mother Teresa, Winner of the Nobel Peace Prize
1919 – Madalyn Murray O'Hair, American activist, founded American Atheists (d. 1995).
"An atheist believes in involvement in life and not escape into death."

One of the greats: Don Adams (once was a USMC drill instructor!), born today in 1923. In his five decades on television, he was best known as Maxwell Smart (Agent 86) in the television situation comedy Get Smart (1965–70, 1995), which he also sometimes directed and wrote. Adams won three consecutive Emmy Awards for his portrayal of Smart (1967–69). He provided the voices for the animated series Tennessee Tuxedo and His Tales (1963–66) and Inspector Gadget (1983–85, as well as several revivals and spinoffs in the 1990s).

Paul Anthony Sorvino often portrays authority figures on both sides of the law, and is possibly best known for his roles as Paulie Cicero, a portrayal of Paul Vario in the 1990 gangster film Goodfellas, and NYPD Sergeant Phil Cerreta on the police procedural and legal drama television series Law & Order. He is the father of actress Mira Sorvino and actor Michael Sorvino. 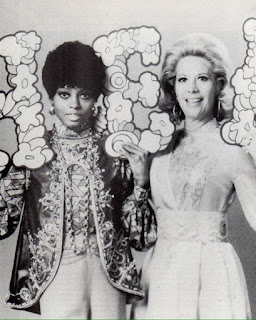 Apr13,1970 Led Zeppelin became the first band to sell out the Montreal Forum.


In Other Entertainment News
Australian alt-cabaret phenomenon Kim David Smith begins a month-long major engagement at
Downtown’s alternative supper-club Pangea, 178 Second Avenue, on Monday May 2.  Running for four consecutive Mondays --- May 2, 9, 16 and 23 (all at 9:30pm) -- “Morphium Kabarett” is a neo-Weimar cabaret fantasia hosted by and starring Smith, that juxtaposes authentic period material and an arresting selection of stylistically compatible contemporary pop songs. East Village hideaway Pangea is a unique restaurant-bar and cabaret with a downtown vibe that programs a wide range of quality performers and shows representing a diversity of styles and aesthetics.
The one-of-a-kind music and dining experience (featuring a deliciously priced Italian-Mediterranean menu) mixes sophistication and adventurous creativity. 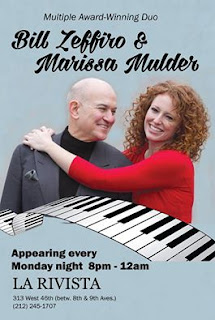 Gratitude attracts more good things to be grateful for

A slip of the foot you may soon recover, but a slip of the tongue you may never get over. Benjamin Franklin

Be thankful for what you have; you’ll end up having more. If you concentrate on what you don’t have, you will never, ever have enough.- Oprah Winfrey

The first step to getting the things you want out of life is this: Decide what you want.
-Ben Stein

2016 MAC Award Winner!! Doris Dear, the “other” inner Housewife of Ray DeForest, has been featured in movies (Men in Black 3, The Normal Heart) and TV shows (The Carrie Diaries) and heard round the world. Now you can come along on Doris Dear’s funny and poignant journey to becoming “America’s Perfect Housewife” live at Feinstein’s/54 Below! April 21st 9:30PM

PLEASE CELEBRATE WITH US May 6th in NYC

"Be thankful for what you have; you’ll end up having more. If you concentrate on what you don’t have, you will never, ever have enough."
- Oprah Winfrey - See more at: http://jackcanfield.com/6-daily-gratitude-habits-that-will-attract-more-abundance-and-joy-into-your-life/#sthash.2Kcw1hdu.dpuf


Gratitude attracts more good things to be grateful for - See more at: http://jackcanfield.com/6-daily-gratitude-habits-that-will-attract-more-abundance-and-joy-into-your-life/#sthash.2Kcw1hdu.dpuf


"There is more hunger for love and appreciation in this world than for bread."
- Mother Teresa, Winner of the Nobel Peace Prize  - See more at: http://jackcanfield.com/6-daily-gratitude-habits-that-will-attract-more-abundance-and-joy-into-your-life/#sthash.2Kcw1hdu.dpuf

Posted by RichardSkipper at 6:55 PM