Happy Monday!
One week from today and Christmas and Hanukkah 2011 will have come and gone and the countdown to 2012 begins. I've had, overall a great year, and I am looking forward to jumping into 2012. I have some great goals and I can't wait to share them with you.
But as my dear friend, Carol Channing states, "Don't talk about it, just do it!". Both of the men that I am writing about today followed that adage. Harvey Evans is STILL going strong. However, we lost Tony Stevens earlier this year much too soon.

The suggestion for today's blog comes from my friend Beth Glover, whom I wrote about last week.
She was very close with Tony, even singing at his memorial. I'll get back to Tony in a few. First off, I'd like to write about Harvey Evans.

My association with Harvey is solely through Dancers Over 40. I have done several events for them and Harvey is such an integral part of that organization. 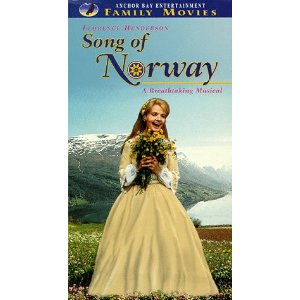 Harvey Evans is a veteran of the original productions of West Side Story, Follies, Redhead and much much. more. What is it about Cincinnati? Doris Day, Lee Roy Reams, Pamela Myers, and Harvey Evans all hail from Cincinnati! When Harvey was very young, in his hometown, Cincinnati, his parents took me to see a road company of Song of Norway," And from that moment, he knew that the theatre was what he desired to do with his life. His entire childhood was spent waiting to graduate from high school so he could go to New York and be in a Broadway show. A lot like my story!
He says he did not desire to be a star. He just desired to be on Broadway.


When he look back, he says he thinks he has had some kind of angel on his shoulder, leading him towards the best shows of Broadway's golden years. He didn't pick and choose them, they just came around that way.
His parents thought he was a shy kid.

Before Evans moved to New York, he visited. His parents did a smart thing They let him come in the summers after the 10th and 11th grade, so that by the time he graduated, he knew New York a little.
A dancer he had danced with in Cincinnati, Ken Urmston, took him under his wing when he first got here and told him what auditions to go to.
Harvey was in love with Gwen Verdon, and desired to be in Damn Yankees. He was in the first national tour!


It was there that he met Bob Fosse. In those days, maybe it still is like that, when a choreographer or director liked you, they would use you for their next show.
Harvey wound up in several Fosse shows. Gosse sort of mentored Harvey." Evans' first musical as a dancer on Broadway was New Girl in Town, which starred Verdon and was choreographed by Fosse, who also cast Evans in Redhead, with Verdon, and the movie of "The Pajama Game.

Then came Gypsy. Jerome Robbins, the director and choreographer of Gypsy and West Side Story liked Harvey and asked him if I would audition for the role of Tulsa.He came very close to getting it. But then they needed a replacement, and he went in." Robbins also cast Evans in the movie version of West Side Story.

On Broadway, Evans went from one legendary musical to another.
First was Anyone Can Whistle, the Stephen Sondheim-Arthur Laurents nine-performance flop that starred Angela Lansbury.
Harvey was in Los Angeles doing a TV show and Herbert Ross, its choreographer, asked if he wanted to come back to Broadway for Whistle. He never dreamed it would be anything but a success. Out of town in Philadelphia, Laurents kept telling everyone not to worry, that Philadelphia will not understand this show but that New York will get it. Then, when the New York reviews came out, it was a big, horrible shock.
They closed on Saturday, but then they recorded the album on Sunday, so at least they got an extra day out of it.

In the original cast of Follies, Evans portrayed the young Buddy. The entire company knew they were in something incredibly special ; another really, really good Hal Prince and Stephen Sondheim show. But no one knew it would turn out to be as monumental as it was.


Evans' other shows have included Sunset Boulevard, The Scarlet Pimpernel and the 2002 revival of Oklahoma! Harvey says he has had his name above the title and he's had it way down low. It doesn't matter to him. It's just wonderful to be part of this community.

He says he is still waiting for a good acting role to come around. (Source Playbill.com article, A Life In The Theatre, Harvey Evans)

I spoke with Ken Urmston this morning to get a little background on the Cincinnati days and Harvey's early days in New York.


They both met and started working together in Pep Golden's dance class in Cincinnati. Ken said that he feels that the reason he and Harvey had such great careers is that Pep taught dancers how to PERFORM. It was beneficial to both when they came to New York and were both pursuing Broadway work. Ken says Harvey could do everything including a tap hula number!
They also used to dance as part of an Opera company that used to play at the Cincinnati zoo! Stars like Jeanette MacDonald and Rise Stevens would come in to perform. The Cincinnati  Symphony would play and they would bring dancers in from New York. However, they would use some local talent. Harvey and Ken both worked here.
Years later when Harvey was doing "young Buddy" in Follies, Ken actually became his understudy and went on for one week at the Winter Garden. Even though he was playing a 19 year old, he was 40 at the time.


Hi Dear - I worked with Harvey in Barnum. As Jim Dale's standby, he was unfailingly supportive to me and the rest of the cast, always smiling and utterly professional in his demeanor. He was a joy to be around. And THAT was when he was offstage! When he was on - he was unfailingly supportive, always smiling, utterly professional AND FABULOUS! I love him! Always will.
Marianne Tatum

Harvey and Tony met on The Boyfriend starring Sandy Duncan and they were together for the next 12 years. 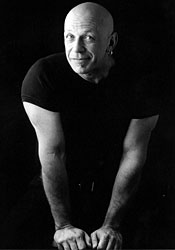 Movie choreography includes "The Great Gatsby" with Robert Redford and Mia Farrow, "The Best Little Whorehouse in Texas" with Burt Reynolds, "She's Having a Baby" with Kevin Bacon, "Johnny Dangerously" with Michael Keaton and "Where the Boys Are" with Lisa Hartman. Creator of the workshop that became A Chorus Line, his Broadway choreographer credits include: Gower Champion's Rockabye Hamlet and Annie Get Your Gun, he was Assistant Choreographer on Chicago (Fosse original production), Perfect Frank, Wind in the Willows with Nathan Lane.
Tony Stevens was the most generous choreographer director I've ever worked with. His creativity knew no bounds. We did 3 shows together and several readings. He could collaborate without saying a word. He was magical that way. And when he believed in you, you could feel it in rehearsal or over dinner-- anywhere.
I cannot say enough about Tony and his contribution to Broadway and the Arts. Its boundless and I'm privileged to have known him worked with him and called him friend.
Beth Glover

Harvey Evans and Kurt Peterson will be on THEATER TALK over the holidays to share their stories of FOLLIES - the original!

Tony cast me as Shelia in A CHORUS LINE at Theater By The Sea in the summer of 1994.
It was the first and only time he agreed to direct and choreograph a production of A CHORUS LINE. He had been asked before, but he agreed to do this production because he could do it the way he wanted to with his unique vision and of course with the original production as a blue print. I had the time of my life doing Shelia in this production for Tony. It was during that summer that Tony and I really bonded. He got me, and he liked that I was a bit out there/weird and he had that ability to look into people's souls and bring out the best in them and challenge them to be even better and more authentic. Tony choreographed and directed the show brilliantly. And I LOVED every minute of dancing his choreography, he had that 1970's style down to a "T", and he brought out of each of us our very best, truth in our scenes, and that Tony Stevens joy permeated the production.

Thank you Harvey and Tony for the gifts you have given to the world...and continue to give! 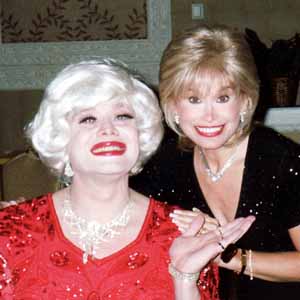 It was nice meeting you at your fun-filled show last month at the Triad in NYC! Loved hearing Jerry Herman songs that were new to me, as well as some of my faves. Was also thrilled to hear Helena Joyce Wright sing her songs--I saw Jerry's Girls several times during her tour...even tho I was a child I remember her star turns! Looking forward to seeing your next show! CourtGraves, NYC

I attended Richard Skipper's workshop at The Arts Council of Rockland on Tuesday night (11/15/11). I was prepared for an evening of scribbling down dry information which I would have promptly ignored when I got home. Instead I was treated to a fun and engaging evening. Richard provided many "ahh ha" moments. He made the information relevant, and instilled a sense of urgency to do it now! Most importantly for me, Richard gave me the permission I was not aware I needed to pursue an audience outside of my comfort zone. Thank you Richard Skipper!
Joanna Morton Gary
Spring Glen, NY


Have your voice heard – You can make a difference!

I have been fortunate enough to call among my friends several celebrities. 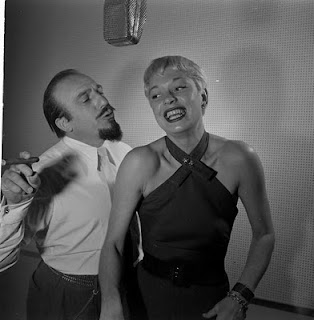 The one thing that I've gleaned from them beyond their bodies of work is their humanness. 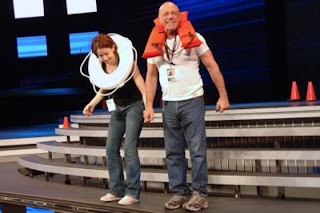 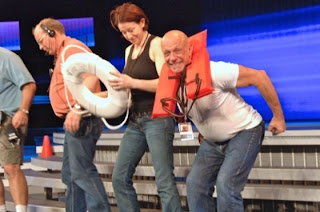 Tomorrow's blog will be YOU TELL ME!
I'm open to suggestions!


Please contribute to the DR. CAROL CHANNING  AND HARRY KULLIJIAN FOUNDATION FOR THE ARTS TILL TOMORROW...HERE'S TO AN ARTS FILLED WEEK! 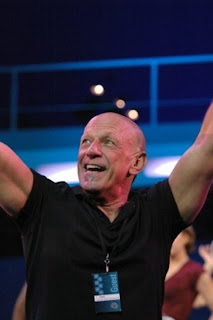 Posted by RichardSkipper at 8:26 PM