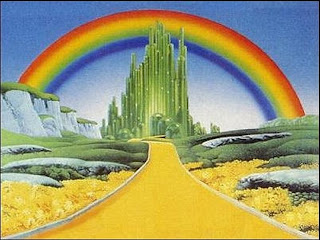 " The formula for success is simple: practice and concentration then more practice and more concentration".
_Babe Didrikson Zaharias (1911-1956)
Mazel Tov to you and everyone else who have finally had their lives changed for the better! So many wonderful decisions to be made!! Ain't love grand? 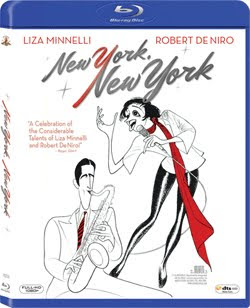 What an exciting time to be in New York! Arguably the most maligned yet least seen of Martin Scorsese's collaborations with Robert De Niro, NEW NORK, NEW YORK is an experimental odyssey by a director at the peak of his artistic powers, with access to more money and freedom than ever before. As is often the case with such works, the film was deemed a failure at the time of its original release, both by critics and audiences (it opened a week after George Lucas' STAR WARS), but nearly 35 years on stands up surprisingly well to critical reappraisal. That film of course is NEW YORK, NEW YORK. 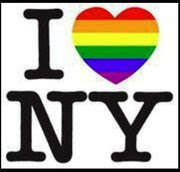 As a New Yorker, I'm proud to say the legislature did the right thing, and enacted a victory for equality and human rights in the law legalizing same-sex marriage. A tremendous blow to bigotry.
Happy Pride NYC wish i could be there. All my love to the best group of family I know. Sending lots of Love & Pride to all of my friends celebrating Gay Pride in NYC, San Francisco & other great cities all over the country!


It's Christmas in NY! 42 years ago tomorrow, the Stonewall riots took place at The Stonewall Inn on Christopher Street in NYC. At that time, most Of the gay bars had blackened windows and men and women who went to these establishments to be with their gay brothers and sisters did so in secrecy. It was still illegal in the state of NY to be gay. From time to time, these establishments were raided. You could spend the night in jail, get hit with a $20.00 fine, and possibly get your name in the paper...destroying careers and lives.
On July 27th, 1969, change took place!
When the police came in to raid that night, someone stood up and said, "Hell no!
We won't go!" 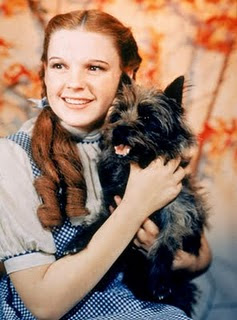 Was it because of the heatwave in NY? Was it due to the mourning of Judy Garland who had died on the 22nd?
Who knows?
The bottom line was that change took place not only in NY, but in the world!
As I write these words, I get goose bumps!
For three days, there were riots in the streets.
This came to be known as The Stonewall Riots. 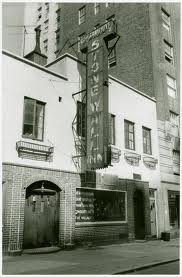 A year later, to commemorate the date, a march started at The Stonewall Riot 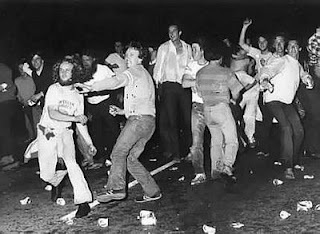 and headed up Fifth Avenue to Central Park. 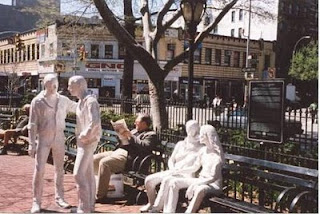 A few hundred started, but by the time the march reached Central Park, there were thousands! The genie was out of the bottle and nothing would ever be the same again.
I was 8 years old in South Carolina reeling at the death of Judy Garland. I didn't know what gay was! 10 years later, an 18 year old Ricky Skipper got on a one way flight to New York and stepped off the plane Richard Skipper...still not knowing what gay was! Trust me, I had no idea! Everyone who knew me will tell you, I did not know. New York was, and is, my Emerald City! I was 21 before I realized I was gay. Can you imagine that I can even write these words and be comfortable about it?

There was a time (it still goes on) that we are encouraged to be less than who we are.
I have no agenda. I just want to be who I am without offending anyone. I desire to be my authentic self.
My partner and I have been together 21 years. It is nice to know that in the eyes of our government that we are "equal" to every other couple living on Valentine Avenue. Yes, that is the name of our Avenue! I raise my glass to ALL today who are just dreaming of being their authentic selves!

Over the next few days or weeks the New York City Marriage Bureau will be giving us new directives about same-sex couples getting marriage licenses in New York State. Here's the website for New York City, an excellent source of information. Obviously, you can do all this at your local county clerk's office.
Note: you will need to bring a certified check. They do not accept personal checks and cash.
http://www.cityclerk.nyc.gov/html/marriage/marriage_bureau.shtml
Congratulations and love,

And speaking of authentic selves, two entertainers that continue to pack them in month after month in New York are Tommy Femia as Judy Garland and Rick Skye as Liza Minnelli! 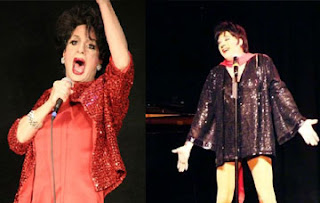 I have had the pleasure of working with both of them and have the utmost admiration and respect for both. 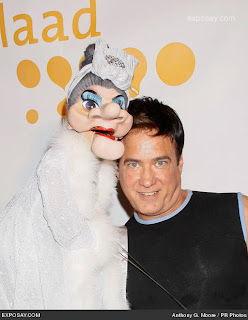 (Rick Skye and Madame) Tommy has the distinction of performing his tribute to Judy Garland longer than any other entertainer in NY as far as a long running show is concerned. Tommy and I both started out around the same time as tribute artists. 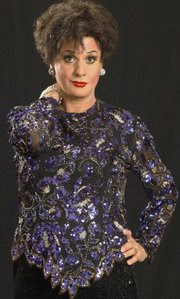 We would get up and sing as The "Gumm Sisters" when we would get up to sing together at open mics and piano bars. "Zing! Went The Strings of My Heart!". His star took off and before you knew it, he WAS Judy Garland around town.
(Tommy Femia as Judy Garland Fort Lauderdale FL 2010.
FIFTY PERCENT)

Tommy has appeared with Jacqueline Jonee' who I wrote about earlier this week. Ms. Jonée has appeared in many New York cabaret venues with such shows as “Jacqueline Jonée Comes Out To Play,” “Je m’Appelle Jacqueline,” “A Date with Liberace,” “Born on the 4th of Jonée,” and “Puttin’ On The Titz.” 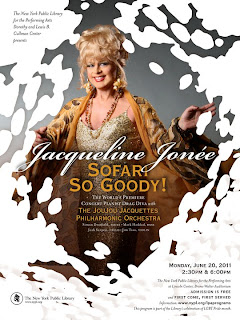 Guest performers have included James Followell and Uptown Express, Our Lady J, Tommy Femia, Bianca Leigh and Natalie Joy Johnson. For the past three years Ms. Jonée performed at Drag Show Video Verité a film by Dr. Joe Jeffries—a collaboration between The New York Public Library for the Performing Arts at Lincoln Center and New York University Drama Department. She was also part of the All Out Arts Festival and Fresh Fruit Festival Festivities at the Cherry Lane Theatre. Ms. Jonée was deeply honored to perform a concert at the closing ceremonies of World Pride 2006 in Jerusalem.
“JUDY and LIZA Together Again” starring Tommy Femia and Rick Skye
See them next Saturday night at Bob Egan's New Hope in New Hope, Pennsylvania!
Saturday, July 2 at 8:30 pm
$30.00 Ticket per person
$15.00 Food and drink minimum per person

Tommy Femia and Rick Skye are teaming up for an evening of “Just POW!” in “Judy and Liza Together Again.” These MAC Award winning performers (Best Impersonation) will pull out all the stops, singing classic solos, parodies, duets and just plain whooping and hollering by the greatest mother/daughter team in show biz history. 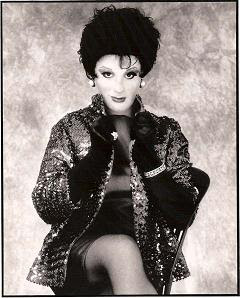 is a seven-time winner of the Manhattan Association of Cabarets and Clubs (MAC) Award for his brilliant portrayal of Judy Garland in “Judy Garland LIVE!”, now in its 20th season at Don’t Tell Mama. He has also starred in “Whoop-de-doo”, “I Will Come Back” and, most recently, “Norma Does Men”.
Rick Skye is best known for writing a string of outrageous comic revues including “The Flip Side of Neil Sedaka”, “MaCabaret – a tabloid fable”, “The War of the Mama Roses”, “It’s Madame with an E” and the International hit – “A Slice O’ Minnelli” for which has enjoyed successful seasons in Covent Garden, at the Apollo Theatre in London’s West End and at the Dublin Theatre Festival where he received the Award for “Best Achievement in Performance”. “Judy and Liza Together Again” recently premiered in Ft Lauderdale to great acclaim and marked the first pairing of these two remarkable talents.
Rick Skye posted on Facebook today, "had a stunningly great show last night at "JUDY AND LIZA TOGETHER AGAIN" with Tommy Femia and Musical whiz kid Ricky Ritzel. The New York Time came (and staaaayed) and Cabaret Scenes Magazine and they gave us a "Standing O". HAPPY PRIDE, Kids..."


Go see Tommy Femia as Judy Garland and Rick Skye as Liza Minnelli! You will thank me! 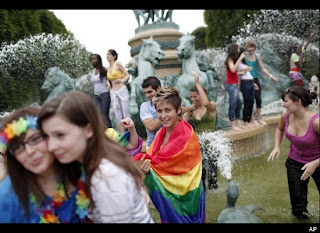 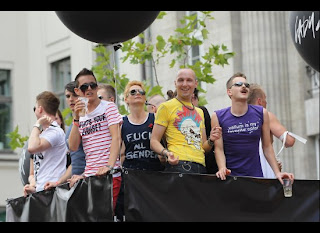 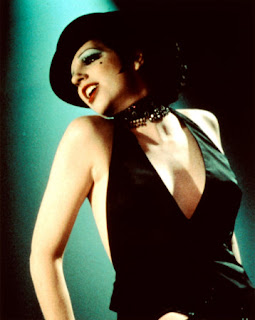 Liza Minnelli, what are you doing on the 'Today' version of 'The Voice'? A woman of your talent and celebrity should not be judging a morning show knockoff of a new hit reality show.

Nothing against Hoda and Kathie Lee -- they're awesome -- but come on. Liza's talents are needed elsewhere, like on a real reality competition.

'The Voice' has its dynamic down with Cee Lo Green, Blake Shelton, Christina Aguilera and Adam Levine coaching, but there's a long-in-the-tooth singing show that needs the spunk at judges table that Liza could provide. Yes, I'm talking about 'American Idol.'


With Jennifer Lopez unsure about her future with the Fox series (she has yet to sign a new contract, is in the running for several film roles and 'Idol' auditions are starting up next week), Liza would be the perfect replacement. She's got the respect of her industry peers, she's zany and unpredictable and she's well versed in all forms of entertainment, something today's 'American Idol' contestant needs to be.

And think about the chemistry between Liza, Steven Tyler and Randy Jackson -- it'd be awesome. Plus, if Steven Tyler can perform every once in a while, then feasibly Liza could, too. America needs more live Liza.

Since getting Liza is (probably) a long shot, we would also accept these people as J.Lo replacements:

• Stevie Nicks. She was gold when she performed, America is still under her spell.

• Mariah Carey. She was supposedly in some sort of talks with Simon Cowell for 'The X Factor,' but she'd be just as welcome on 'American Idol.'

Watch Liza judging singers on 'Today' below, and try to tell us we're wrong. Seriously, snatch her up, Fox! 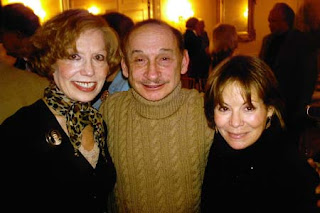 On a sad note, Alice Playten passed away yesterday at the age of 63. She had an incredible career. But I have a special affinity for her as the original Ermengarde in the original production of "HELLO, DOLLY". Rest in peace, Alice! Thank you for the gifts you gave us and will continue to give!Alice Playten, who lent her quirky persona and comic voice to a memorable string of Broadway and Off-Broadway musical performances from the 1960s onward, died on June 25 at Sloan Kettering Hospital in New York City. The cause was heart failure, said Sandee Cohen, her friend and neighbor. She was 63.


This coming Wednesday June 29th, on the occasion of his birthday, my friend John Tantillo, will be launching his new radio program from 3-4pm on WVOX Radio 1460 on your am dial (streaming at: www.BrandTalkRadio.com, John will be debuting his Radio Show: Brand Talk, the only show on radio where branding gets personal. After years of preparing for this exciting project, he will be finally taking the plunge into radio. Simply can’t believe it. You will love him! Call in your questions at 914 636 0110 or email him at doc@BrandTalkRadio.com

Speaking of Branding, have something to promote? GO HERE: SUPPORT LIVE MUSIC
Please keep passing it on, trying to get as much traffic to this page as possible!!