The Legacy of Judy Garland

"For it was not into my ear you whispered, but into my heart." ~Judy Garland 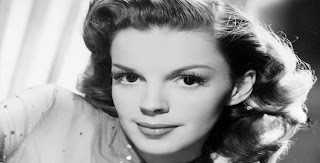 42 years ago today Judy Garland died, riots broke out in the streets of Greenwich Village. 42 years later, we rally still for equality.

Happy Wednesday!
As I wrote above, today is the 42nd anniversary of the physical passing of Judy Garland. She is 89 today. I write of her age in the present tense because she is still very much with us.
As I write this, I'm listening to her on my Ipod. She is now singing STAR OF THE EAST.
I have over 300 songs of hers on my Ipod.
I'm drinking coffee out of my Wizard of Oz mug!
Obsessive? Just a fan! I was eight when Judy passed. I'll never forget that Sunday and Monday. I was too young and too far away to know anything about Stonewall. 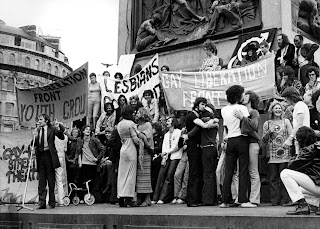 June 22nd, 1969 was a Sunday. My parents used to play Canasta with my Uncle Gilbert and Aunt Christine. They were coming over for dinner that night. I remember we were having pork chops and apple sauce. (All of The Brady Bunch fans can chime in now!)
We were living in a small frame house on Hway 544 in Conway, South Carolina.
They arrived with their six daughters in tow. All I remember is my cousin Patsy getting out of the car and telling me that Judy Garland had died.

Something you need to know about me, THE WIZARD OF OZ was my movie! I lived for that movie. Those of you from my generation will remember that we had only three networks in those days and no dvds or vhs. Every year waiting for The Wizard of Oz for me was the way that some kids waited for Santa Claus. 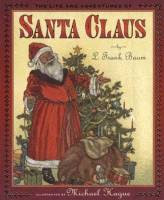 Each year, I would anticipate the announcement that The Wizard of Oz would be coming on and then count the days. What was it about that movie that resonated so strongly for me? Was it my longing to leave South Carolina? I don't think so. It was Judy Garland! I just loved her and this was before it was fashionable to be so!

Back to my story, Patsy told me that Judy had died.
I didn't believe her and refused.
I then turned on the TV and there it was! I felt as if I had lost a friend.I also felt that because of this, I would never see The WIZARD OF OZ again! So I was losing two friends.

The next morning, I stayed at Hazel Elvington's. She "baby sat" for us in the summer. The newspapers arrived and there it was all over the paper. Reality set in. I went home that night and was hysterical! My mom slapped me and told me to calm down that I didn't even know this woman! She didn't know. I knew this woman more than she knew!


Weird facts: on this day,in 1969, Judy Garland Died, & by strange coincidence, at the same time, a Cyclone Hit Kansas!


Fitting isn't it, because Judy is ALWAYS with us. Lorna said that everywhere she goes, she sees images of Judy.
She is on mugs, posters, t-shirts. Everything and everywhere! 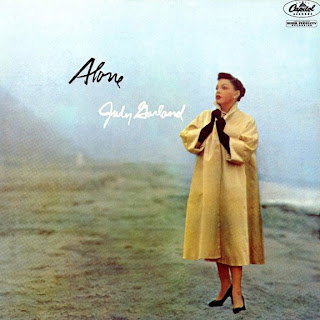 Yesterday on the 6PM news, there was a segment on Peekskill, New York's yellow brick road. Research is providing significant support to longtime claims that Peekskill helped inspire the Wizard of Oz’s Yellow Brick Road. The evidence also seems to show that the City’s one remaining Yellow Brick Road existed when Oz author L. Frank Baum went to school in Peekskill in the 1860s and that he likely saw it regularly. 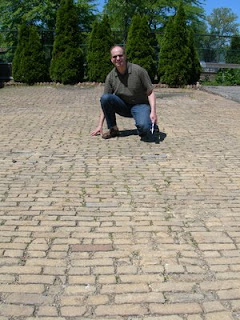 There is a great blog by Evan Schwartz called FINDING OZ, which also coincides with his book of the same name. Eric writes, " L. Frank Baum conceived the Yellow Brick Road to symbolize...what:
Life's journey? Destiny? The path to spiritual enlightenment? As a universal icon of the imagination, this golden footpath can mean many things to many people."

"But as a teenager arriving at the Peekskill (N.Y.) Military Academy in the late 1860s, the young Frank Baum almost certainly walked on an an actual path of yellow bricks, a section of which survives today." 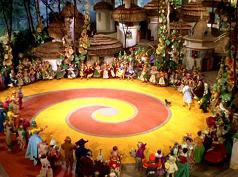 The road of yellow brick is an element in the novel The Wonderful Wizard of Oz by L. Frank Baum, with additional such roads appearing in The Marvelous Land of Oz and The Patchwork Girl of Oz. The 1939 film The Wizard of Oz, based on the novel, gave it the name by which it is better known, the yellow brick road (it is never referenced by that title in the original novel). In the later film The Wiz, Dorothy has to find the road, as the house was not deposited directly in front of it; in the novel and the 1939 film, Dorothy's house is placed directly in front of the road.

The road is introduced in The Wonderful Wizard of Oz. In the second book, The Marvelous Land of Oz, Tip and Jack Pumpkinhead likewise follow a yellow brick road to reach the Emerald City while traveling from the Gillikin Country in the north of Oz.
In the book The Patchwork Girl of Oz, it is revealed that there are two yellow brick roads from Munchkin Country to the Emerald City: according to the Shaggy Man, Dorothy Gale took the harder one in The Wonderful Wizard of Oz.
While the road taken by the Shaggy Man et al. has man-eating plants, it lacks the chasms of the road Dorothy followed, and it does not go through a forest of wild beasts.

Public taste in popular entertainment, entertainers, and music changed many times during the twentieth century. As a result, hundreds of gifted or at least celebrated performers once at the top of their profession are now pretty much only a memory: fondly, happily, or proudly recalled but almost solely of their time. Perhaps a dozen exemplary talents have endured — those who broke new musical ground or whose abilities or impact now “define” a generation. But only a very few entertainers have flourished, maintaining their artistic reputations and garnering additional critical and popular respect. The enthusiasm for them continues to grow, as does acknowledgment of their importance, their influence, and their singular ability to communicate with an audience.

It’s been just forty-two years since Judy Garland gave her last performance — and almost eighty plus (at age thirty months) she gave her first.
In the decades between those two events, she amassed a body of work astounding in its range, amazing in its power, and timeless in its ability to exult, enthrall, and excite cross-generational audiences. In each medium, her legacy encompassed unsurpassed artistic and popular successes. 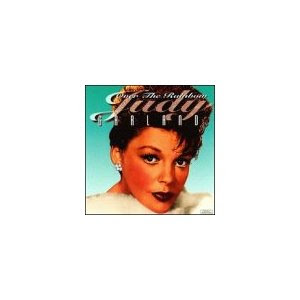 Her motion picture work includes thirty-two feature films, voice-over work for two more, and a half-dozen short subjects. She received a special juvenile Academy Award in 1940 and nominations for two other Oscars (for A STAR IS BORN 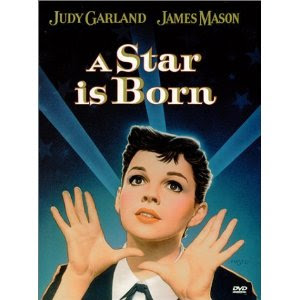 and JUDGMENT AT NUREMBERG). Several of her movies rank among the very best musicals ever produced for the screen: BABES IN ARMS,
FOR ME AND MY GAL, 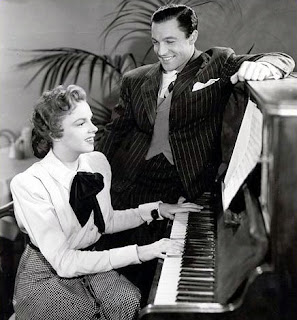 MEET ME IN ST. LOUIS, THE PIRATE, and EASTER PARADE. Additionally — and perhaps preeminently — she starred in the most widely seen and (arguably) best loved film in history, THE WIZARD OF OZ.
Her television specials in 1955 and 1962 attracted the largest audiences for any entertainment programs in CBS-TV network history to those dates. Her 1963-64 weekly series has passed into legend as one of the highlights of musical variety video programming.

Fifteen of her recorded singles “charted” between 1939-1954, including “Over the Rainbow,” “The Trolley Song,” and “The Man That Got Away.” Her 1961 “live” two-album set, JUDY AT CARNEGIE HALL, won an unprecedented five Grammy Awards, including Album of the Year and Best Female Vocal Performance. It was the fastest-selling album of its time, on the charts for ninety-five weeks, and # 1 for thirteen of those. From vinyl to tape to compact disc, it has never been out of print.
Additionally, Garland’s original 1939 recording of “Rainbow” 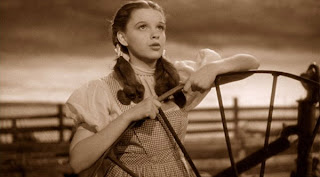 and the CARNEGIE set were inducted into the Grammy Hall of Fame in 1981 and 1998 respectively. 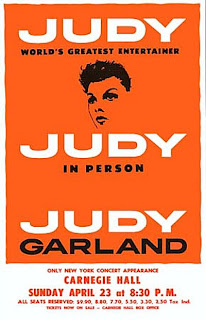 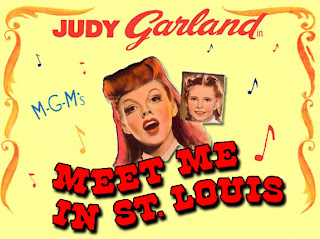 MEET ME IN ST. LOUIS is another of my favorite films!
Meet Me in St. Louis is a 1944 romantic musical film from Metro-Goldwyn-Mayer which tells the story of an American family living in St. Louis at the time of the Louisiana Purchase Exposition World's Fair in 1904. 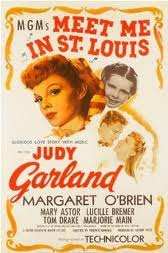 The movie was adapted by Irving Brecher and Fred F. Finklehoffe from a series of short stories by Sally Benson, originally published in The New Yorker magazine, and later in the novel 5135 Kensington. It was later developed into a Broadway show which I saw and loved! 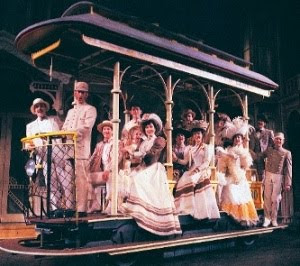 Songs by Hugh Martin & Ralph Blane
Book by Hugh Wheeler
Based on "The Kensington Stories" by Sally Benson and the MGM motion picture "Meet Me in St. Louis"
Songs by Martin & Blane published by EMI Feist Catalog, Inc.
Produced for the Broadway stage by Brickhill - Burke Productions, Christopher Seabrooke and EPI Products™
The film was directed by Vincente Minnelli, who met his future wife, Judy Garland, on the set. In the film, Garland debuted the standards "The Trolley Song" and "Have Yourself a Merry Little Christmas", which both became hits after the film was released.

Arthur Freed, the producer of the film, also wrote and performed one of the songs. It was the second-highest grossing picture of the year, only behind Going My Way.
The backdrop for Meet Me in St. Louis is St. Louis, Missouri on the brink of the 1904 World's Fair.

The Smith family lead a comfortable middle-class life. Mr. Alonzo Smith (Leon Ames) and Mrs. Anna Smith (Mary Astor) have four daughters: Rose (Lucille Bremer), Esther, Agnes, and Tootie; and a son, Lon Jr. (Henry H. Daniels, Jr.) Esther, the second eldest daughter (Judy Garland), is in love with the boy next door, John Truitt (Tom Drake), although he does not notice her at first. Rose is expecting a phone call in which she hopes to be proposed to by Warren Sheffield (Robert Sully).

Esther finally gets to meet John properly when he is a guest at the Smith's house party, although her chances of romancing him don't go to plan when, after all the guests are gone and he is helping her turn off the gas lamps throughout the house, he tells her she uses the same perfume as his grandmother and that she has "a mighty strong grip for a girl".

Thank you, Judy, for the memories!

For the latest on Judy Garland, check here: THE JUDY ROOM

Tomorrow's blog will be you tell me...I'm open to suggestions!