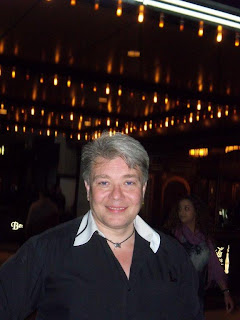 "The theater is not just for gays anymore."

Happy Day after the 65th annual Tony Awards!
It's a Tony Awards hangover kind of morning... coffee and showtunes!We've come a long way since my friend John Glines thanked his lover when he won as producer for TORCH SONG TRILOGY. 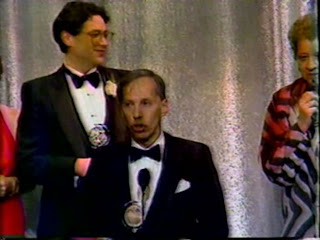 If there is anything that I learned from last night, it is that this was a VERY GOOD YEAR!
I actually LOVED last night's Tony Awards...for the first time in a very long time!
Neil Patrick Harris is the PERFECT host. Handsome, talented, He keeps the energy up and I see another Emmy Award in his future. 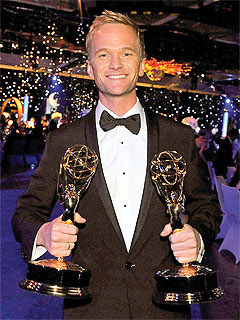 He won for hosting previously.


The evening got off to a great start with an incredible opening number that had all of us laughing at the Tony party I attended last night! 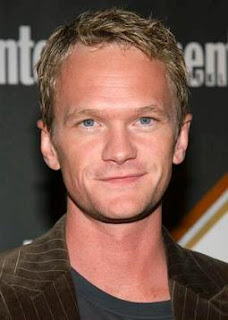 I also noticed in the closing credits that Neil Patrick Harris was the producer of last night's Tony Awards! Good for him! And speaking of producers, how refreshing was it that 125 people didn't rush to the stage with every show win!

Sutton Foster went home last night with her second well deserved Tony Award for The Roundabout's revival of Cole Porter's ANYTHING GOES
This clip shows you why. She seems to be having the time of her life and her dancing seems effortless and works for the character. Congrats, Sutton!
Here are some other highlights:

My dear friend Stephen Oremus won last night! We worked together at Theatre By The Sea! And he was my musical director at one time! I love him and I am so proud of him! 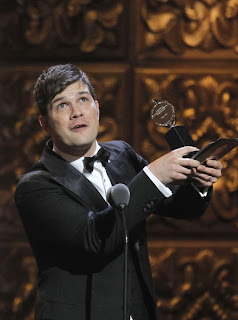 How many jokes can you make about the “Spiderman” musical in 30 seconds?


I do miss the days when Alexander Cohen and Hildy Parks were producing and writing the Tonys.
Most of those shows were with major production numbers following certain themes each year that celebrated the rich history of The Tonys. When we don't even make air time for our recipients of a Lifetime Achievement Award, what does that say about our love of theatre?
My only major quip with the Tony Awards was that there should have been a more personal tribute to Arthur Laurents, IMHO.

Alexander H. Cohen (July 24, 1920 - April 22, 2000) was a prolific American theatrical producer who mounted more than one hundred productions on both sides of the Atlantic. He was the only American producer to maintain offices in the West End as well as on Broadway. 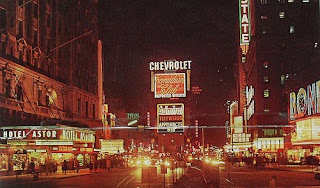 Cohen was born in New York City. Cohen's father, a business man, died when Cohen was four, and his mother then married a banker, and he, together with his brother Gerry, lived on Park Avenue in a lavish duplex penthouse.

Well it was no surprise to anyone following this year's theatre season that "THE BOOK OF MORMAN" swept the Tonys!
It took home nine awards out of 14 nominations including the prize of best musical. A considerable achievement for a pair of first time Broadway playwrights known more for their raunchy cartoons featuring potty-mouthed kids.

Trey Parker and Matt Stone, creators of the Emmy-award winning "South Park" found a kindred soul in Robert Lopez, who co-wrote the Tony-winning "Avenue Q," (along with Jeff Marx, pictured) 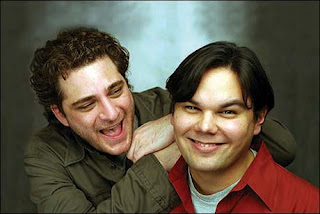 and all three found themselves with PLENTY of awards when they COLLABORATED to gently mock Mormons and SEND UP Broadway itself. 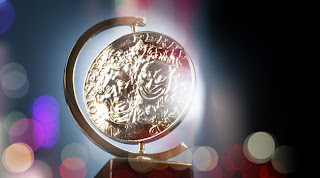 Collecting the best musical prize, a subdued Parker, who tied Josh Logan of "South Pacific" with four Tonys in one evening-said he'd be remiss if he didn't thank his late book co-writer-Joseph Smith, the founder of the Mormon religion.

The Tony Awards celebrate the best of Broadway—and what better way to get excited about this year’s theater season than with a sampler of some of the most memorable Tony Awards of past seasons? 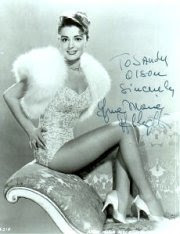 Anna Maria Alberghetti (born 15 May 1936) is an Italian-born operatic singer and actress.

Born in Pesaro (Marche) she starred on Broadway and won a Tony Award in 1962 as Best Actress (Musical) for Carnival!(she tied with Diahann Carroll for the musical No Strings).

Alberghetti was a child prodigy. Her father was an opera singer and concert master of the Rome Opera Company.
Her mother was a pianist. At age 6, Anna Maria sang in a concert on the Isle of Rhodes with a 100-piece orchestra. She performed at Carnegie Hall in New York at the age of 13.
Also part of the 1961 ceremony was Anne Bancroft (pictured here), 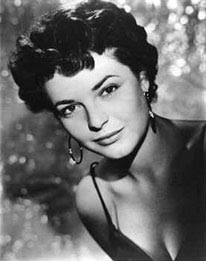 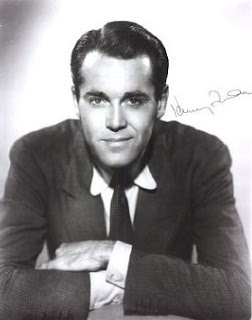 Music by Meyer Davis and his Orchestra

In 1961, Carol Channing was doing SHOWGIRL on Broadway.

In 1961, Best actor was Zero Mostel for Rhinoceros

Best actor in a musical 1962, Robert Morse in HOW TO SUCCEED IN BUSINESS WITHOUT REALLY TRYING Great to see Robert on the Tony's last night! Still going strong with MAD MEN

Actor in a Musical Role, Zero Mostel in
A FUNNY THING HAPPENED ON THE WAY TO THE FORUM


1964, the year of HELLO, You know who, presented a featured supporting actor award to Hume Cronyn for HAMLET

1965: Actress (Dramatic)Winner - Irene Worth (Tiny Alice)I'm thrilled that the tradition continues. Who knows, maybe next year will see me winning a Tony Award! 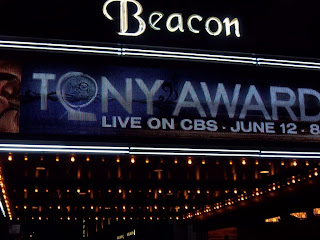 Posted by RichardSkipper at 2:05 PM