It's A Most Unusual Day! 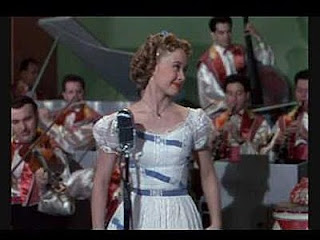 Finally they got it right in the legislature!
Be healthy, be happy, long life (L'Chaim)
I hope this finds you well! Here in NY, It is A MOST UNUSUAL Day! Last night in a major victory for ALL people, Marriage EQUALITY passed! I say for ALL people because it does affect all people.
I know that conservatives and right wingers and staunch religious fanatics feel that it is wrong. If two people love each other and want to COMMIT to each other, WHY is that wrong? I don't blame those that oppose. They are only acting on THEIR belief system and what they have been brought up to believe.
I go through life with a laissez-faire attitude. (The phrase laissez-faire is French and literally means "let do", but it broadly implies "let it be", or "leave it alone.").
I am truly focused on what I NEED TO DO! I could care less what others do as long as it does not involve animals and/or children and as long as it doesn't oppress another human being. Wouldn't it be a better world if we all tried to build each other rather than constantly tearing each other down?
What is it in our nature that constantly wants to be mean and sarcastic and bitchy?
Let us take this victory and this Pride weekend to build each other up and celebrate equality and LOVE for all!

Tomorrow is a celebration in NY, I encourage ALL of you instead of standing on the sidelines to actually get in the race.
March PROUDLY for WHATEVER you belive in...as long as it's positive!


My blog today is a celebration of LOVE! I was brought up to believe that it was not okay to know you're good. In whatever it is/was you were doing. I was never encouraged to pursue my goals and/or to go after my dreams. Imagine if none of us dared to dream! I was not safe to love myself.
Today's headline in The NY Post reads: New York legalizes same-sex marriage as cheers ring out in city

Everyone is not going to agree with this decision. Resist the temptation to tackle a difficult issue in an aggressive manner. It may feel the most natural thing to do but it won't get you anywhere worth going. Hold your breath and count to ten. It will pass.


Senators said "I do" to gay marriage last night in a narrow 33-29 vote -- making New York the sixth and largest state to allow same-sex couples to wed.


The groundbreaking vote set off a roar of approval from supporters in the Senate gallery -- and a massive street party around the Stonewall Inn in Greenwich Village, the birthplace of the gay rights movement.


"I can't believe this is happening -- no words can say how I feel right now," said an elated Eugene Lovendusky, 26, a Queens teacher who joined nearly 600 champagne-swilling, rainbow flag-waving celebrants in the streets around the bar. 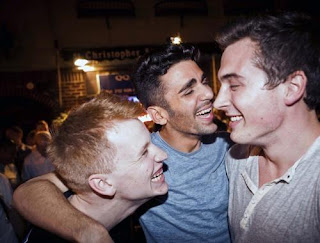 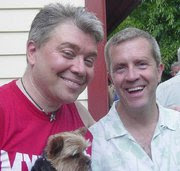 I found this in a blog this morning, "Even though your bible clearly says it's wrong to eat shellfish, Mom, I support your right to follow your heart. I know you love to eat shellfish. I remember watching you scooping out those poor little oysters, smothering them with sauce, sticking them on crackers and moaning in ecstacy. Not my thing, to be honest. As a vegetarian, I found it a little gross. But hey, I'm very open-minded. Live and let live, I say. Do what you want, as long as you're not hurting anyone. I love you and I want you to be happy. Something tells me God loves you and wants you to be happy, too. My religion is love."

Tomorrow's blog will be about The Ziegfeld Society...I'm open to suggestions!

Posted by RichardSkipper at 9:39 AM

Email ThisBlogThis!Share to TwitterShare to FacebookShare to Pinterest
Labels: "I do", As an old native-born Californian would say, focus, gay marriage, Greenwich Village, It's A Most Unusual Day, narrow 33-29 vote, Senate gallery, stalls you, Stonewall Inn