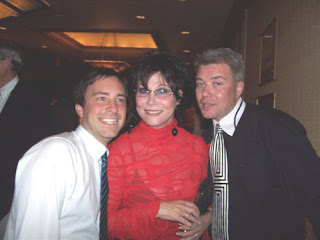 "All are lunatics, but he who can analyze his delusions is called a philosopher."
-Ambrose Bierce, American author (born this date in 1842, disappeared in 1914 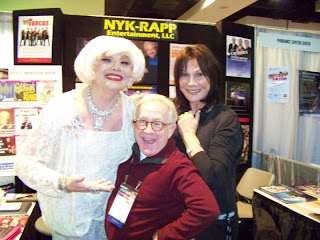 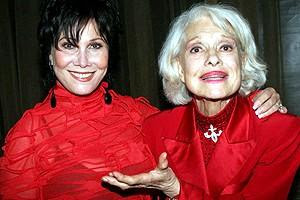 Although she is most notably known as the face of Knots Landing’s Karen Mackenzie, where she starred along side Ted Shackelford and Joan Van Ark, her expertise spreads far and wide in the field of television as a singer, dancer, actress, producer and director. 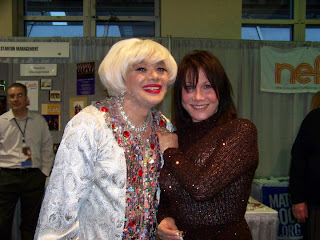 on the 1980s prime-time soap opera, Knots Landing.
She also co-starred with Dean Jones in the 1968 Disney film, The Love Bug. 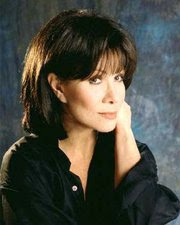 She is of Russian and Polish descent.
Lee began her career on television in an episode of the late 1950s sitcom The Many Loves of Dobie Gillis.
She attended Alexander Hamilton High School where she became popular with her class. She in turn also attended the same high school as did Joel Siegel, Al Michaels and Michelle Phillips (who would later co-star with her in Knots Landing) did. When she was 18, after graduation from high school, she auditioned for the Broadway play Vintage '60. She soon began appearing in musicals, becoming a star on Broadway at the age of 19 in How to Succeed in Business Without Really Trying in the role of "Rosemary", opposite Robert Morse and Rudy Vallee, a role she reprised in the film version.
She also appeared in more plays, such as the Los Angeles production of Jerry Herman's Parade and the Broadway productions of Bravo Giovanni and The Tale of the Allergist's Wife.

After she sang and starred in the film version of How to Succeed in Business Without Really Trying, she became known for her roles in the films The Comic and The Love Bug, the latter becoming the biggest blockbuster movie of 1969. That same year, she starred in a special television production of the Jerome Kern–Otto Harbach musical, Roberta, in which she sang "Smoke Gets In Your Eyes". After the birth of her son, she worked infrequently until accepting a role on Broadway in Seesaw, which netted her a Tony Award nomination in 1974. After her mother's death, she stopped working, wanting to spend time with her only son.

In 1974, Lee starred in the pilot episode for proposed CBS sitcom The Michele Lee Show.
She would play Michele Burton, a clerk in a hotel newsstand, with support from Stephen Collins.
Only the pilot episode was aired and the series did not eventuate. 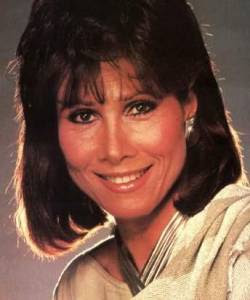 She also made numerous appearances on many game shows of the 1970s, including: Hollywood Squares* (see below), Match Game, Celebrity Sweepstakes, This Is Your Life, The Movie Game, The $25,000 Pyramid, What's My Line, The Gong Show, Snap Judgment. She appeared on a pilot of a 1970s game show Cop-Out that was never aired.

In 1979 (the year I moved to NY), Lee accepted the role of Karen Fairgate on Knots Landing, a spin-off of the immensely popular Dallas.
Though slow to start, the series eventually became a ratings hit and became one of the longest running primetime dramas ever, lasting for a total of 14 seasons from 1979 - 1993. Lee was the only performer to appear in all of the show's 344 episodes, which was a record for an actress playing the same character on US primetime television — only recently surpassed by S. Epatha Merkerson on NBC's Law & Order as of 2008. 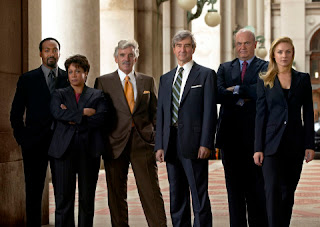 Although Lee was enjoying great success, her marriage to actor James Farentino was failing. She and Farentino separated around the same time Lee's onscreen husband, Don Murray, left the show. Lee thus played a single mother on Knots Landing at the same time she was becoming one in real life. Lee revealed that when her character took off her wedding ring in a 1982 episode, she was taking off her real wedding band.


During the fall of 1982, her character met M. Patrick "Mack" MacKenzie (Kevin Dobson), who became her screen husband the following year. They would continue working together until the end of the series. As one of the series' leads, Lee became very popular with fans, winning the Soap Opera Digest Award for Lead Actress five times, and being nominated for an Emmy Award in 1982 for "Outstanding Lead Actress in a Drama Series". In 1983, the writers/producers of Knots Landing urged her to do a storyline based on prescription drug dependency which became one of her most prominent storylines. Six years later, Lee directed her first of several episodes of the series. One of her co-stars Joan Van Ark was praised of her series' lead's directing skills.
In 1991, Knots Landing reached a milestone with its 300th episode. During the same season, Lee filmed her favorite scene from the series, known as the "Pollyanna Speech" among fans. In this scene, for which Lee had much input, Karen explains how she would like to be a Pollyanna and see the world through rose-colored glasses, but cannot be due to the real world around her.

As Knots Landing moved into the 1990s, its popularity began to wane. The big budget that the series once had was trimmed and in the final season, the higher paid cast members were asked to appear in only 15 of the season's 19 episodes, as the budget constraints had become so that the production company couldn't afford to pay them. However, Lee insisted on appearing in all 19 episodes that season, doing her extra four episodes for "union scale" pay. 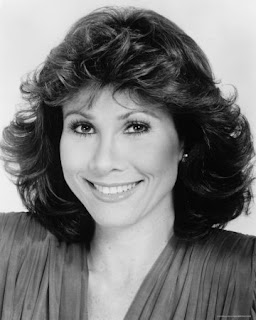 Since Knots Landing ended in 1993, Lee has appeared in many made-for-TV movies, including a biopic of late country star Dottie West ( Big Dreams and Broken Hearts: The Dottie West Story) and she became the first woman to star in, direct, and produce a TV movie for Lifetime, Color Me Perfect in 1996. She also starred in the reunion mini-series Knots Landing: Back to the Cul-de-Sac in 1997, and portrayed Hollywood novelist Jacqueline Susann in the television biopic Scandalous Me: The Jacqueline Susann Story in 1998. In 2004, she returned to feature films in the role of Ben Stiller's mother in Along Came Polly. She guest-starred alongside Chita Rivera in a February 2005 episode of Will & Grace. Also in 2005, she reunited with her Knots Landing co-stars for the special Knots Landing: Together Again, in which the stars reminisced about their time on the hit series. She also appeared alongside Tyne Daly, Leslie Uggams, Christine Baranski and Karen Ziemba for the Kennedy Center Honor of Julie Harris (2005)

In 1963, Lee met actor James Farentino on the set of the play, How to Succeed in Business Without Really Trying, and in 1964 they were married. Their son, David Farentino, was born July 6, 1969. Lee and Farentino divorced in 1983. She married Fred Rappaport in 1987.

Lee and her son David have since relocated to New York.

(Nominated) (2001) Best Actress (Featured Role: Play) for The Tale of the Allergists Wife

(Won) (1986) Outstanding Actress on a Primetime Serial for Knots Landing 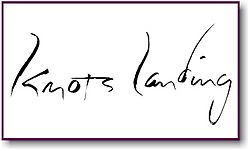 She received a star on the Hollywood Walk of Fame on November 19, 1998 located at 6363 Hollywood Blvd.
(SOURCE: WIKIPEDIA)
Love you, Michele!

Several months ago, I saw my friend Richard Holbrook do his incredible tribute to Burton Lane called Richard Sings Burton. It was a dream come true for Richard to appear at The Metropolitan Room!
Well, he continues to soar! He has been asked to appear at Feinstein's for one night only. 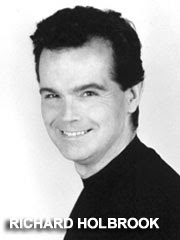 
This musical tribute covers Burton Lane's career as a composer beginning with his success at M-G-M as a motion picture songwriter of over thirty films leading up to his great triumph on Broadway with Finian's Rainbow and On A Clear Day You Can See Forever. The musical selections included in this show are songs written by Burton Lane with celebrated lyricists as Ira Gershwin,(pictured) 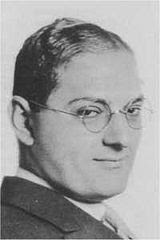 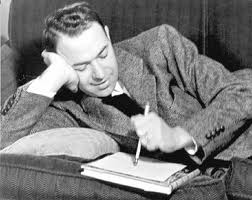 Richard will be accompanied by the fabulous Tom Nelson Trio.
Tom Nelson is Richard's musical director and pianist.
Richard Barclay, an Academy Award-winning documentary film maker, as well as a veteran Broadway and cabaret performer, will direct the show.
The Music/ Cover Charge is $30.00 for premium seating or $25.00 for general admission with a $25.00 Food/Drink minimum.

Make a reservation for Richard's show at Feinstein’s at Loews Regency, the number to call for reservations is (212) 339-4095.

Needless to say, I am very excited, thrilled, and ecstatic that Richard is singing at this wonderful venue. It has been a dream of his to perform there and the dream has come true. So, I hope you will join Richard on June 29th for his debut at Feinstein's.

Tomorrow's blog will be you tell me...I'm open to suggestions!

Posted by RichardSkipper at 11:02 AM