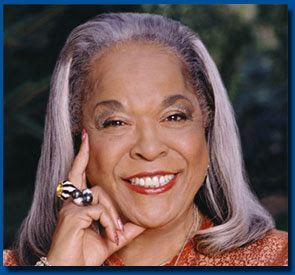 "Freedom is always and exclusively freedom for the one who thinks differently."
-Rosa Luxemburg, (Polish-German revolutionary (1871-1919)


Happy Wednesday!
It's Della Reese's 80th Birthday! I LOVE THAT WOMAN! I met her very briefly several years ago when I was appearing in Beverly Hills. She was conducting a church service in the hotel we were staying in. When I told her how much I loved her, she said, "Come give mama a hug." I felt like I was hugging an old friend.
That is the charm of Ms. Reese. Many of today's generation should take a page from her book.

Della Reese– a name synonymous with Entertainment par excellence. Her singing style utilizes her unique blend of jazz-blues-gospel textures and phrases and makes for a sound that is unmistakably Della Reese. 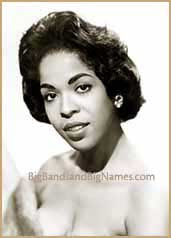 She started her career in the 1950s as a gospel, pop and jazz singer, scoring a hit with her 1959 single "Don't You Know?"(my favorite song of Della's). In her four decades of acting, she gained a whole new generation of fans in the 1990s, playing Tess, the leading role on the television show Touched by an Angel. In the late 1960s, she hosted her own talk show, Della, which ran for 297 episodes. 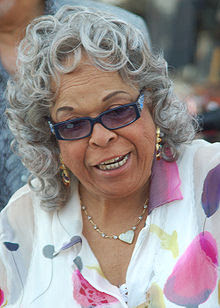 In more recent times, she became an ordained New Thought minister in the Understanding Principles for Better Living Church in Los Angeles, California.


Reese was born in the historic Black Bottom neighborhood of Detroit, Michigan to African American steelworker, Richard Thaddeus Early, and Nellie Mitchelle, a Native American (Cherokee) cook.Deloreese's mother also had several older children, before her birth, all of whom didn't live with her, hence, she was an only child. 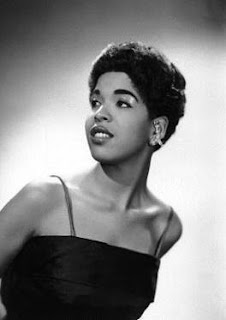 At only six years old, she began singing in church.
From this experience, she became an avid Gospel singer.
As a young lady of the 1940s, on the weekends, she and her mother would go to the movies, independently, to watch the likes of: Joan Crawford, Bette Davis and Lena Horne, each of whom had portrayed glamorous lives on-screen.
After each movie, she would act out the scenes taken from every single film.
In 1944, she began her career directing the young people's choir, after she'd nurtured acting plus her obvious musical talent.
She was often chosen on radio, as a regular singer.
At the age of thirteen, she was hired to sing with Mahalia Jackson's Gospel group. Upon entering Detroit's popular Cass Technical High School (where she attended the same high with an unknown star, Edna Rae Gillooly, later known as: Ellen Burstyn). At Cass Tech, she was a brilliant, no-nonsense student.
She also continued with her touring with Jackson. 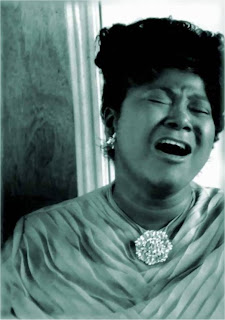 With higher grades, she was the first in her family to graduate from high school in 1947, at only 15.

Later, while majoring in psychology at Wayne State University, in Detroit, Della formed her own female gospel group, "The Meditation Singers", which is listed in the "Who's Who of Gospel Music". However, the passing of her mother and her father's serious illness caused her to interrupt her schooling, in order to find a job to help support the family. This brought about a number of jobs, ranging from clerical to barbering, to truck and taxi driving. Her break came when she was hostessing and singing at Detroit's famed "Flame Showbar".
Faithful to the memory of Deloreese's memory of her mother, she also moved out of her father's house, due to her feuding with her father, who had a new girlfriend.

She then took on odd jobs such as truck driver, dental receptionist, even elevator operator, after 1949. 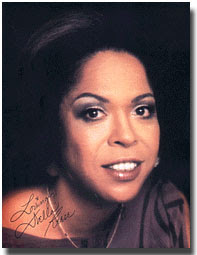 Performing in clubs, Early soon realized that she had no choice but to shorten her name from Delloreese Early to Della Reese, knowing that her birth name was too long for a club marquee.
As Della recalls, "This opportunity to sing with the world's foremost gospel singer, Mahalia Jackson, was a thrilling experience. I will never forget the wonderful association which lasted for three consecutive summers, and the lasting things I learned from her...how to communicate with people through song." (A lesson that Della has evolved into an art form)

Reese was discovered by the Gospel singer Mahalia Jackson, and big break came when she won a contest, which gave her a week to sing at Detroit's well-known and talked-about Flame Show Bar. While her roots were still in gospel Music, Della was now being exposed to the talents and styles of such music greats as Ella Fitzgerald, Dinah Washington, Sarah Vaughn, Billie Holiday, AI Hibbler, Billy Eckstine, and others. Della, in turn, developed an individual style that was her springboard to national prominence. In 1953, she made the move to New York City, became a vocalist with the Erskine Hawkins Orchestra, and shortly thereafter, signed a recording contract with Jubilee Records.
Her first records included "In The Still of The Night", "I've Got My Love To Keep Me Warm", and "Time After Time". (Dianne Reeves, Terence Blanchard and Della Reese honor Carmen McRae)
Della had her first major hit with "And That Reminds Me (of you)". That same year, she was voted "The Most Promising Singer" by Billboard, Cashbox, and Variety, as well as The Disc Jockeys of America and the Jukebox Operators Association.

Ot was in 1959, Reese moved to a RCA Records, and released her first RCA single called "Don't You Know?," which was adapted from Puccini's music for La Bohème; specifically, the aria Musetta's Waltz.
It became her biggest hit to date, reaching the #2 spot on the Pop charts, and topping the R&B charts, which were then called the "Black Singles Charts," that year.
Eventually, the song came to be widely considered the signature song of her early career.


After years of performing, she gained chart success with this song.

It became a Top Twenty Pop hit and a million-seller record.

That year, Reese was voted by Billboard, Cashbox, and various other magazines, as "The Most Promising Singer." 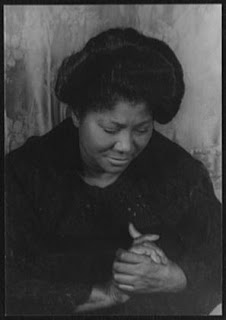 Mahalia Jackson (play /məˈheɪljə/ mə-hayl-yə; October 26, 1911– January 27, 1972) was an African-American gospel singer.
Possessing a powerful contralto voice, she was referred to as "The Queen of Gospel". 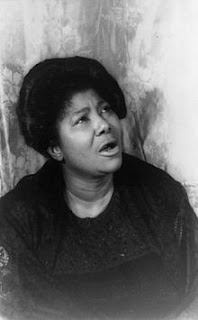 Jackson became one of the most influential gospel singers in the world, and was heralded internationally as a singer and civil rights activist; entertainer Harry Belafonte called her "the single most powerful black woman in the United States".[She recorded about 30 albums (mostly for Columbia Records) during her career, and her 45 rpm records included a dozen "golds"—million-sellers. 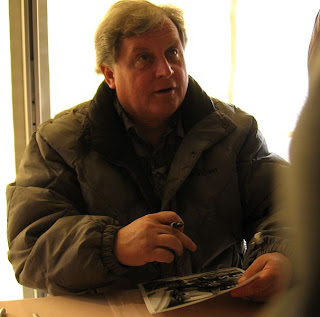 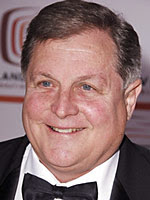 Burt Ward (born Bert John Gervis, Jr.; July 6, 1945) is an American television actor and activist.
He is best known for his portrayal of Robin in the television series Batman (1966–68) and its theatrical film spin-off.

Ward was born Bert John Gervis, Jr., in Los Angeles, California. At the age of two, Ward was listed in the magazine Strange as It Seems as the world's youngest professional ice skater.Growing up, he was an avid reader of comic books like Superman and Superboy, and enjoyed the action-adventure show Adventures of Superman. 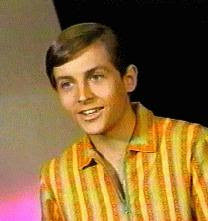 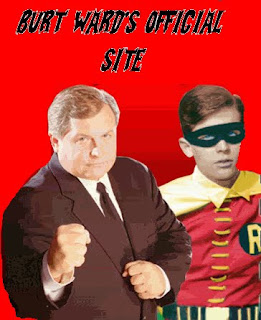 He acquired the nickname "Sparky" in youth, possibly from the sparks his skates used to kick up during his routines or energetic nature. 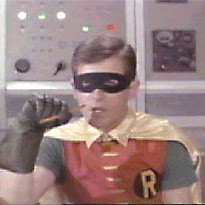 He excelled in high school sport activities such as football, track, and wrestling; he was also a member of the chess club and earned a black belt in Taekwondo.

After graduation, he enrolled in college, while working part-time for his father's real estate company.
At the age of 20, Ward auditioned for the part of Robin. 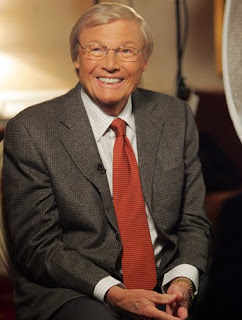 He and Adam West were up against Lyle Waggoner and Peter Deyell for the roles of Batman and Robin, respectively.
During this time, the show was being planned as a campy style action-adventure series, and their screen tests consisted of staged fight scenes and, at one point, Ward chopping a set of boards with his hand.

Selected for the role of Robin, Ward thought people would find Gervis (the G is soft, as in gentleman) hard to pronounce and adopted his mother's maiden name Ward. He also changed the spelling of Bert to Burt to add "punch".

Thank you Della Reese and Burt Ward for all the joy you have given me over the years!


Check in tomorrow as I write about two more stars on the rise...one honoring a major superstar!

Posted by RichardSkipper at 9:12 AM