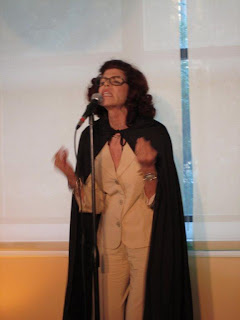 (Bobbie Horowitz performing Something's Rotten in Transylvania at The Salon July 10th, 2011)
"New York on Sunday,
Big City taking a nap!
Slow down, it's Sunday!
Life's a ball, let it fall in your lap!
If you've got troubles,
Just take them out for a walk."


Happy Hump Day!
It's Wednesday...you're half way through the week. You're thinking about how wonderful your past weekend was (or was not)...or you're contemplating your upcoming weekend.
The same could be said of ANY day of the week. I keep saying that those of us who live in NY are incredibly lucky, there are so many opportunities available to us EVERY DAY!
This is true for people in other areas as well. Sometimes, you just have to look a little harder!
Today I celebrate the music in the air...and my friends that create that music!
If I was to go see three shows tonight (yes it is possible!) and do this every night for the rest of this year, I still wouldn't see every thing.

This past Sunday night, I was already planning on seeing the amazing David McBride at The Metropolitan Room at 9:30PM. 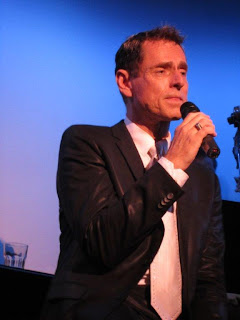 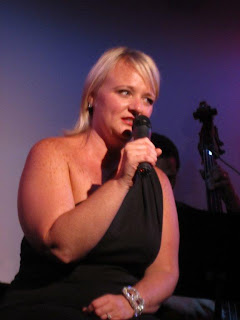 David was joined by the joyous Jennifer Miller)
Jennifer did an incredible tribute to Judy Garland and I am now a fan. 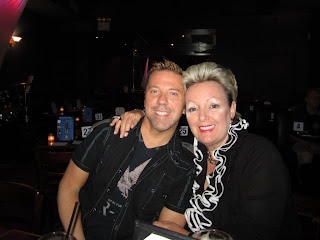 I was also planning on finally seeing Faye Lane's Award winning show, Beauty Shop Stories, in the afternoon. But last month, she decided to move her show from Sunday afternoons to Friday nights. (I've rescheduled for August 5th...to celebrate 32 years in NY! Hope you'll join me!).


I received an e-mail from Adam Shapiro that he was going to be hosting THE AWARD winning Salon. I decided we would have dinner there, Etc. Etc., maybe sing a song, see friends and singers I haven't seen in a while, before heading on to see David at the Met. Room.

Adam is about to go on tour in Zorro, the musical! Congratulations to him! 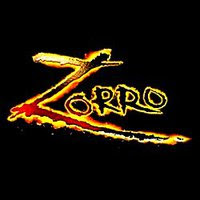 I was going to finally be meeting Sandra Holiday, a Facebook friend (but more!), David, of course, Vincent Wolfe was in town with his partner; we were just going to make it a musical night out!

I've often said that if everyone began each day with a show tune or a happy song, there would be no violence in the world. I truly believe that. At The Salon and The Metropolitan Room combined, there was so much love abounding that it was palpable! And it was great to share that with my friends, both new and old! 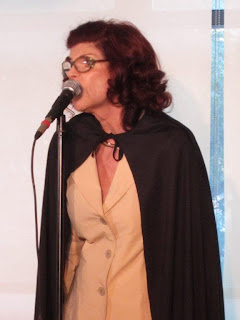 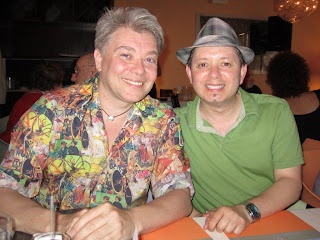 Any material, on or off theme, is always welcome at Salon. Adam Shapiro was the perfect host!

I love sharing these nights with groups of friends. There were 9 in our party. So many people just show up. They don't try and bring others along for the ride. Expand your groups, folks! So, even if the show is not great, you would have had great company! Well, in the case of Sunday night, it was win-win all around! Here is another fun night I had out! 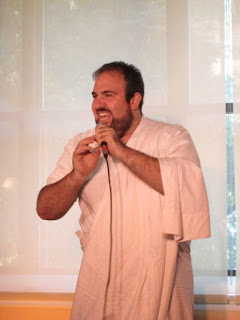 The Salon, as I mentioned earlier, was hosted Sunday night by Adam Shapiro. The theme was "Myths and Legends". It is an appropriate title for what I would like to address about New York Night Life. New York Night Life, BEYOND BROADWAY, is ALIVE!


Between 1748–1890 it was the greatest annual or biannual art event in the Western world. From 1881 onward, it has been organized by the Société des Artistes Français.

Next week's theme is July 17th:
Theme: The 1930's – Brother, Can You Spare a Song?
Guest Host/Pianist: Fred Barton
Co-Host: Natalie Douglas
It's killing me that I can't be there! I love Fred and Natalie! 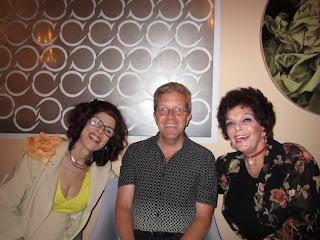 This clip has nothing to do with The Salon. I just want to share it with you! See what I mean with sharing LOVE with a song? 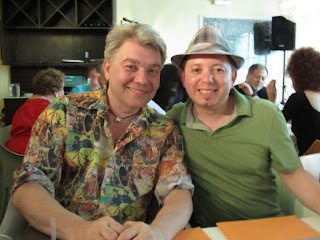 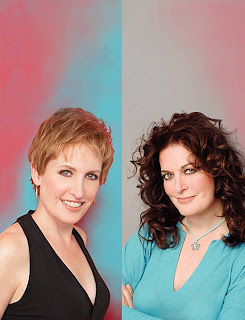 Celebrating "the soundtrack of the sisters' childhood with songs from the 1960s and '70s," Boom! premiered in 2010 at New York City's Town Hall to great acclaim. According to PS Classics, the label devoted to the heritage of Broadway and American popular song, the show is "a joyous, exultant evening — sometimes zany, often moving, always surprising — that features tunes made famous by Joni Mitchell, Carole King, Bob Dylan, The Beatles, Barbra Streisand, Jimmy Webb, Stevie Wonder and others. The sisters, who alternate expressive solos with radiant duets, also share heartwarming, humorous stories of their years growing up in Chicago and New York." (SOURCE: PLAYBILL.COM)

Scot Wisniewski was born and raised in the small city of Auburn, NY. Although he believes his musical training began when his mother used to sing to him in the womb, it actually began with piano lesson at age 5. His highly anticipated stage debut was at the age of 7, where he played the lead in his Elementary schools production of The Three Piggy Opera! :)

As he grew up Scot performed in many community and regional theater productions. Productions he’s been in include: The Hobbit, Annie, South Pacific, Oklahoma, Much Ado About Nothing, Brigadoon, Fiddler on The Roof, The Sound of Music, The Hollow, Company, Julius Ceasar and Bye Bye Birdie just to name a few.

In 2000, two weeks after graduating from college, Scot packed his bags and moved to NYC. Since living in NYC Scot has recorded two albums (he’s an independent artist), appeared in feature and independent films, done commercial print modeling, has had two highly successful sold out one man cabaret shows and has sung as a guest singer in many friends cabaret shows.


Support these artists! Next Sunday night, go to the Award winning Salon!


Thanks for being a loyal reader of my Blog!

Tomorrow's blog will be A Celebration of Bastille Day, Colleen McHugh, Craig Pomranz, and Elaine Chez!...I'm open to suggestions!