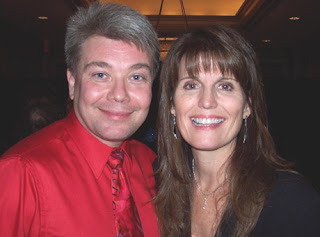 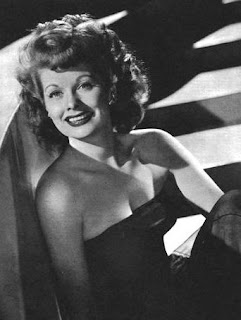 Next month, the world will be celebrating Lucille Ball's 100th birthday. There are celebrations happening everywhere! It made me think that those of my generation and the two generations prior have always had Lucille Ball in our lives. If you were a child of the 50s,chances are you grew up with I LOVE LUCY. If you were a child of the 60s, you grew up with The Lucy Show.
And if you were a child of the 70s, it was HERE'S LUCY! Although I love both I LOVE LUCY and THE LUCY SHOW, I have a special affinity for HERE'S LUCY.From 1968 till 1974, Monday nights were normally at my grandmother Skipper's (she had a color TV set!) watching Gunsmoke and Here's Lucy. First of all, three generations sitting together to watch a show! Think about it, my grandparents and parents never questioned the content of what we were about to see. From the opening credits with the Lucy marionette, we knew that for the next 30 minutes we were going to laugh at the antics of Lucille Carter (Ball) and her children.
And they happened to be Lucy's actual children! Desi Arnaz Jr and Lucie Arnaz.
That was the first time I saw Lucie and I became a fan. Over the years, I have had the opportunity of meeting her at holiday parties, benefits, and appearances. She is the REAL DEAL!
Not necessarily the daughter of iconic parents, but, rather, a star in her own right! A truly classy woman! Thank you, Lucie! Thank you for the gifts you have given us! This is my birthday tribute to you! HERE'S LUCIE!

First of all, look at Lucie's schedule! 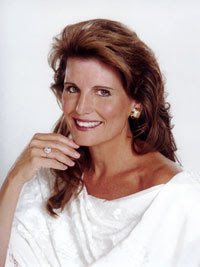 Lucie branched out into television roles independent of her family from the mid-1970s. 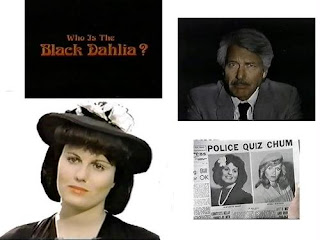 In 1975, she played infamous murder victim Elizabeth Short(pictured below)

in a production of Who is the Black Dahlia?, while in 1978, she appeared in an episode of Fantasy Island as a woman desperately trying to save her marriage.
She continued to make appearances in a number of popular television series over the years, including Murder, She Wrote, Marcus Welby M.D., Sons and Daughters*, and Law & Order. Arnaz also briefly had a series of her own, The Lucie Arnaz Show, in 1985. 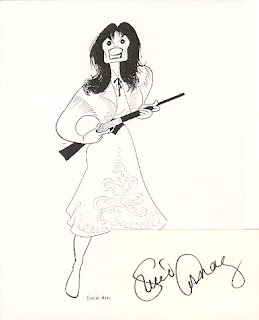 Lucie has also had a lengthy career in musical theatre. In the summer of 1978, she played the title role in "Annie Get Your Gun" at the Jones Beach Theatre on Long Island, NY. She made her Broadway debut in 1979 in the musical They're Playing Our Song. Arnaz won the Theatre World Award and the Los Angeles Drama Critics Circle Award for Best Actress in a Musical for her portray of Sonia Walsk in the show. In 1986, she won the Sarah Siddons Award for her tour with Tommy Tune in the international company of the musical My One and Only. 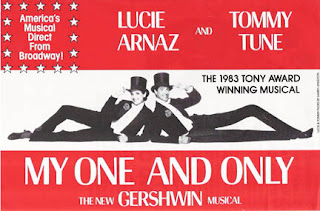 She has numerous other theater and musical credits both in the United States and abroad, including roles in , SeesawAnnie Get Your Gun, Whose Life Is It Anyway?, The Guardsman, The Wizard of Oz in Concert: Dreams Come True, Sonia Flew, The Witches of Eastwick, Vanities, Neil Simon's Lost in Yonkers, Dirty Rotten Scoundrels, and Terence McNally's Master Class. 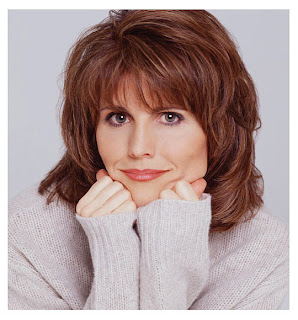 Lucie has also made some feature film appearances, the most prominent of which was 1980's The Jazz Singer, in which she co-starred with singer Neil Diamond and renowned actor Laurence Olivier. She earned a Best Supporting Actress Golden Globe nomination for her work in the film.

This was posted on my wall this morning on FACEBOOK: Stephen Mosher
Our household IS a Lucie Arnaz household! We love and adore the lady (she is a Facebook friend of my husband - he was so excited the day that happened!). And she was in my first ever Broadway show - and it remains one of my favorites to this day. When my husband got me a ticket to the Actor's Fund Benefit of THEY'RE PLAYING OUR SONG, Miss Arnaz was right in front of me entering the theater and I touched her on the shoulder and told her that it was my first Broadway show and it made her smile. She will never know how she has touched my life. I'm so happy she was born. 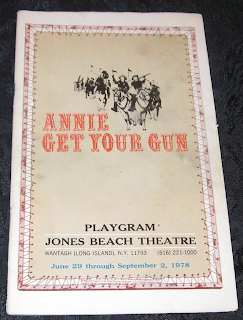 Glen Charlow wrote: Tell her I Love her with all my heart and hope that all her wishes come true.

Glen provided many of the photos for this blog. Glen is my designer and longest friend in NY and has a long standing relationship with Lucie as depicted in a ton of pics with her, most of which are seen on this page.... 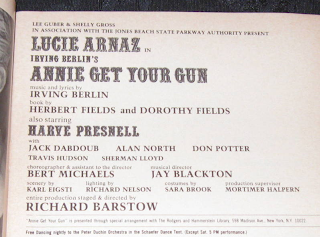 Lucie won an Emmy Award in 1993 for her documentary Lucy and Desi: A Home Movie.

Take Lucie Home with you! 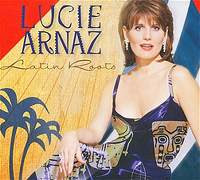 This LATIN ROOTS is part of my Ipod and I love it every time Lucie pops up! 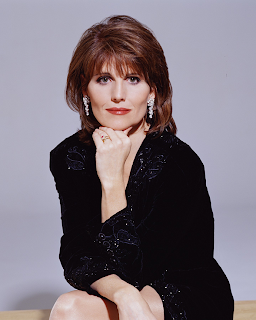 In October, 2008, Arnaz and long-time family friend, Hollywood columnist and Turner Classic Movies host Robert Osborne participated in a tribute to Arnaz's mother Lucille Ball at The Paley Center For Media in New York City. The program, Lucie and Lucy: Lucie Arnaz Shares Treasures From The Family Video Collection, included a discussion between Osborne and Arnaz about Ball, and also focused on Ball's last long-running series, Here's Lucy (which was celebrating its 40th anniversary) as well as several of Ball's television specials and guest appearances during 1970s, which Arnaz had recently donated to The Paley Center for Media.

In January of 2010,Arnaz premiered a new show (along with Raul Esparza and Valarie Pettiford)"Babalu: A Celebration of the Music of Desi Arnaz and his Orchestra". 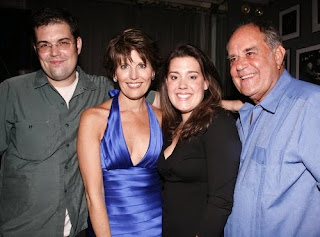 She and actor-writer Luckinbill have three children together—Simon, Joseph and Katharine—while Luckinbill has two from his previous marriage, Nicholas and Benjamin. 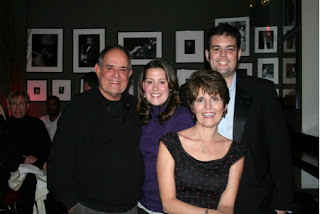 She shares a birthday with her uncle, her mother's brother Fred Ball.

Now here are a few other birthdays I wish to acknowledge today. The first is an interesting seque way (including Lucy). Today is also Phyllis Diller's Birthday! 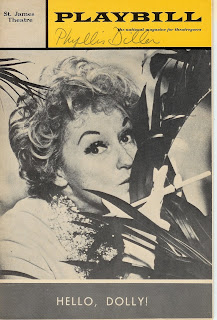 In 1974, Jim Bailey appeared on HERE'S LUCY as Phyllis Diller. Here is a clip of Jim from that show.

Lucie and Jim than did a number together:

Mimi Hines in the role of Dolly Levi in the production of Hello Dolly at Gateway Playhouse, (Bellport, L.I.) with her partner Phil Ford


SOURCES Glen Charlow, Stephen Mosher, Wikipedia, YOUTUBE,
Thanks for being a loyal reader of my Blog! Watch the video below for a special message to YOU!

Tomorrow's blog will be a celebration of the 56th anniversary of the opening of Disneyland...Please send me your favorite memories, pics, videos! 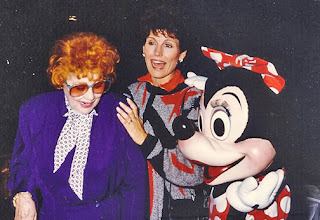 And help us get Carol Channing the 2011 Kennedy Center Honor!

Posted by RichardSkipper at 1:26 PM