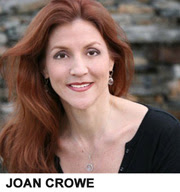 " The trouble with the public is that there is too much of it."
-Don Marquis, American journalist (poet and dramatist, 1878-1937)

Happy Last Day of July!
How did THAT happen!?!?! I didn't even make it to a beach this month. I made it to a pool ONCE! And even then, I had to cut it short. I cut it short because I was heading into the city for a night of music. Music is what keeps me going when the world is falling apart around me. What a crazy month July was with the outcome of The Casey Anthony trial, the murder of an 8 year old Brooklyn boy, the debt ceiling debate, the Norway massacre! That's just this July! 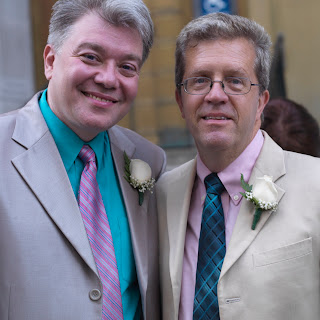 Wow what a month!!(This is David McBride's incredible trio!)

As we creep into the dog days of summer, I am looking forward to dinners with friends, Jane Fonda, The Kong Show at The Iguana, Audie Moran's wedding, FOLLIES!, and Vickie Phillips in Vickie Schlepped Here!

As I've written on numerous occasions, I ALWAYS have music playing! Once again, I believe that if everyone would begin every day with a show tune, there would be no violence in the world.
I have a LOT of cds. 85% of them, I have bought. %10 percent of them are given to me by friends and then 5% of them are given to me as gifts. No matter which of these categories my cds fall in to, many of them just pile up in my closet until I can get around to listening to them in their entirety or downloading them into my Ipod which is always on shuffle. Such is the case with the cd I pulled to listen to this AM in its entirety, Joan Crowe's BIRD ON THE WIRE. 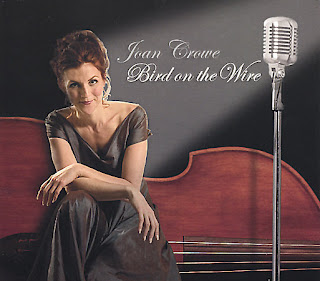 My apologies to Joan but this is the first time I got around to listening to this. I was blown away! Joan, THIS IS GREAT! From the moment that I heard the opening strains of Fever, I was hooked. And when I heard the closing notes of Ich bin von Kopf bis Fuss, I was disappointed, because I did not desire this to end! Everyone, order this cd! I have known Joan a loonnngggg time. I have no idea how many years. All the years in my life as far as my friends are concerned are a blur. I do remember that I met Joan through Sue Matsuki, an incredible performer in her own right and someone I have written about previously. Sue is even the godmother of Joan's two kids, fast becoming young adults. What a sexy mama she is! 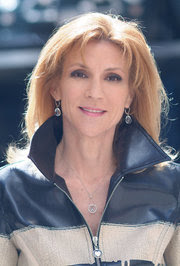 Joan Crowe started her musical career in cabaret but “caught the jazz bug” when she opened for Joe Lovano in 2002. On her Debut Jazz CD, BIRD ON THE WIRE, she is joined by Tedd Firth on Piano, Jay Leonhardt on Bass, Scott Neuman on Drums, George Walker Petit on guitar, and Justin Flynn on Sax Her shows combine Jazz with a bit of comedy "sprinked in". . She performs regularly with her band, High Society Rhythm. Her credits include performances at The Rainbow Room, The Oak Room in Grand Prospect Hall , The Carnegie Club, Trumpets Jazz Club, The Manor, The Hackensack Cultural Arts Center, Westchester Conservatory of Music, Rockland Center for the Arts, The Emelin Theatre, Archie’s Place, The Plaza Hotel, Don’t Tell Mama, Brunelli’s, Eighty-Eights, Orchard Street and The Globe, Harry’s of Hartsdale, Coyote Flaco, Zuppas, Danny’s Skylight Room, The Duplex, Judy’s Chelsea, The Cinegrill in Los Angeles, Odettes, Teddy Cares, the National Society of Arts and Letters, the ASCAP songwriters’ showcase, and the Mable Mercer Cabaret Convention at Town Hall. She is very proud of the money she has raised for Breast Cancer and other charities performing one of her four Cabaret shows: Women of Note, a tribute to Women Songwriters. Time Out New York selected her as “Critic’s Pick” for her cabaret show, Shooting Stars, which earned her first MAC Award nomination in 2000. Her show As the Crowe Flies was dubbed “Fabulous!” by Bloomberg Radio, and “Hilarious!” by the Associated Press and earned her a second MAC Award nomination. The Devil in Miss Joan, a hysterical look at good and evil” garnered her the coveted MAC Award for Musical Comedy in 2002. Before she switched to singing, she was well known to daytime viewers in a recurring role on All My Children, Joan has also appeared on screen in Working Girl and An Eye For An Eye, with Sally Field. Classically trained with a MFA from the Asolo State Theatre and a BFA in Theatre from Indiana University at Bloomington, her acting credits are extensive.
She has performed Regionally at the Asolo State Theater, Kennedy Center, Indiana Repertory, The Phoenix. Her New York acting credits include Dance Theatre Workshop, Altered Stages and Theatre Works USA. She’s married to actor/producer Robb Pruitt. 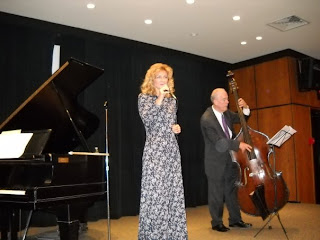 Joan Crowe’s debut album “Bird on a Wire” walks an electrifying line, fusing jazz with a nest of musical styles. Whether putting a gospel groove to Leonard Cohen’s song for the title track or a Reggae beat to the obscure Beatles’ tune, I’m Only Sleeping; this album exemplifies her creative flights of fancy. She puts her sensual, soldering iron to work when she melds Peggy Lee’s Fever with Diane Shure’s I Caught a Touch of your Love. Her jazzy renditions of Never Never Land and Everything will make you believe that this lullaby and pop tune were always meant to swing. She will seduce you with her sexy, soulful voice on the country ballad Every Night I Sleep with an Angel, then have you tapping your feet to her original tune, Petite Southern Woman. Her smokey voice feels almost translucent on the sentimental The Way You Look Tonight and aches with longing on the haunting I Cover the Waterfront. This MAC award winner for comedy allows her wry sense of humor to enchant you throughout, but it comes through particularly strong on the whimsical Boom Boom, and Twisted.
Joan weaves a unique artistic home by building her musical nest with a little jazz, a little country and a dose of whimsy all held together with an honest voice, and a genuine joy of singing. This lovely Crowe walks a fine line indeed balancing on this wire!


These reviews are from: Bird on The Wire (Audio CD), AMAZON.COM
I've had the pleasure of seeing Joan Crowe perform her singing magic a number of times.
She has the unique ability to sing a beautiful, heartfelt piece and then entertain you with her great sense of humor in between songs. It's always a great time.

I heard about this singer while in New York City recently. They told me she was a hit at Birdland.
Listened to a pod cast and now bought the CD. Keep your eye on this talent.

Thank you, Joan, for all you give us! 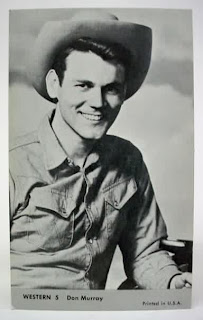 Today is also Don Murray's 82nd birthday! I've had a crush on Don ever since I saw him in BUS STOP at The Regency Theatre in 1983!

Murray was born in Hollywood, California.
He attended East Rockaway High School (class of 1947) in East Rockaway, New York where he played football and track, was a member of the student government and glee club and joined the Alpha Phi Chapter of the Omega Gamma Delta Fraternity. From high school he went on to the American Academy of Dramatic Arts.

Murray had a long and varied career in films and television, including his role as Sid Fairgate in the long-running prime-time soap opera Knots Landing from 1979 to 1981. He was nominated for an Academy Award as best supporting actor in Bus Stop (1956) in which he co-starred with Marilyn Monroe.

He starred as a blackmailed United States senator in Advise & Consent (1961), a film version of a Pulitzer Prize-winning novel by Allen Drury that was directed by Otto Preminger and cast Murray opposite Henry Fonda and Charles Laughton. He also co-starred with Steve McQueen in the film Baby the Rain Must Fall (1965) and played the ape-hating Governor Breck in Conquest of the Planet of the Apes (1972).

In addition to acting, Murray directed a film based on the book The Cross and the Switchblade (1970) starring Pat Boone and Erik Estrada, and he scripted two episodes of Knots Landing ("Hitchhike" parts 1 & 2) in 1980.

Murray decided to leave Knots Landing after two years to concentrate on other projects, although some sources say he left over a salary dispute. The character's death was notable at the time because it was considered rare to "kill off" a star character. The death came in the second episode of season three, following up on season two's cliffhanger in which Sid's car careered off a cliff. To make viewers off doubt the character would actually die, Murray was listed in the newly created credit sequence for season three; the character survived the plunge off the cliff (thus temporarily reassuring viewers), but died shortly afterwards in hospital.
But THIS is what started it for me!


Happy Birthday, Don! And THANK YOU!
WIKIPEDIA WAS A MAJOR SOURCE OF THIS BLOG!

Posted by RichardSkipper at 2:43 PM