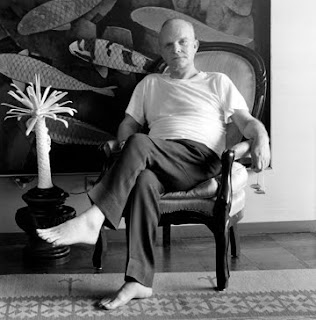 Happy Thursday!
Light the candles...get the ice out...
I hope this finds you well and BUSY! I got up this morning and the above quote was the first quote I saw today and I love it! Many things can be said about me. Monotonous is not one of them. mo·not·o·ny/məˈnätn-ē/Noun
1. Lack of variety and interest; tedious repetition and routine.
2. Sameness of pitch or tone in a sound or utterance.

I'm planning a big event for October and I'm using Truman Capote's infamous black and white ball as my template. Only the positive aspects of course. Truman Capote was a literary legend, and two major motion pictures focused on how he created his masterpiece, In Cold Blood.
Flush with the bestsellerdom of In Cold Blood, which earned him millions, Capote decided to throw an extraordinary masked ball-partly in honor of his friend the Washington Post president Katherine Graham and partly to celebrate his own success at the end of the grueling process of writing the book-at New York's legendary Plaza Hotel. For several months, the most sought-after piece of paper in New York and jet-setting society was the tasteful white card bearing the words, " Mr. Truman Capote requests your company at a Black and White Dance." Capote boasted that he invited 500 friends but made fifteen thousand enemies-those who weren't invited. 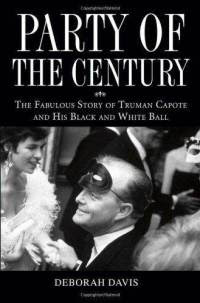 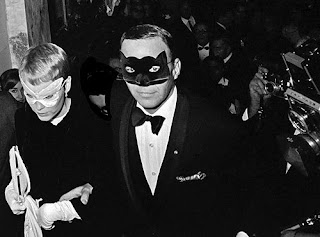 Desiring to keep the party mix interesting and unpredictable, Capote also invited people from the town where the murders from In Cold Blood occurred, publishing types, and even the doorman from the UN Plaza, his apartment building. 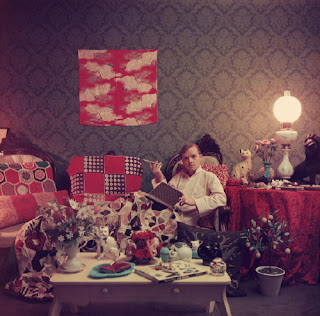 In PARTY OF THE CENTURY* THE FABULOUS STORY OF TRUMAN CAPOTE AND HIS BLACK AND WHITE BALL, Deborah Davis, in fascinating detail, captures the drama and excitement of The ball itself. 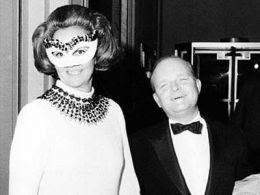 If you opened your mailbox in the fall of 1966 and found this invitation in your mailbox, you knew you were on the "it" list: "In honor of Mrs. Katharine Graham / Mr. Truman Capote / requests the pleasure of your company / at a Black and White Dance / on Monday, the twenty-eighth of November / at ten o'clock / Grand Ballroom, The Plaza / DRESS Gentlemen: Black tie; Black mask. Ladies: Black or White dress; White mask; fan. R.S.V.P. Miss Elizabeth Davis, 465 Park Avenue, New York." This was the most coveted invitation of the 1960s, the card asking the recipient to attend the "Party of the Century", Truman Capote's legendary Black and White Ball.
One of the most iconic and memorable dinner parties ever thrown, the Black and White Ball still holds a special place in the history of American high society. This is its story. 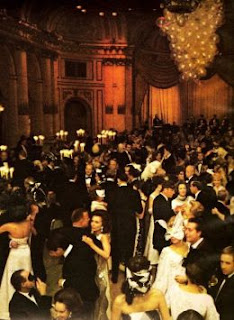 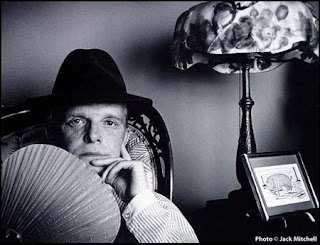 Truman Capote is perhaps best known for his 1958 novella "Breakfast at Tiffany's" which was later translated into the Audrey Hepburn film classic of the same name. 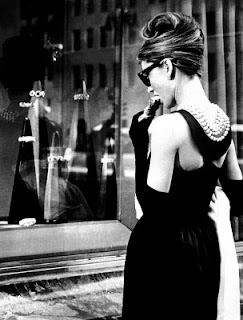 (Jack Mitchell photographed Truman Capote in his United Nations Plaza apartment (above) in color and black and white for the Chicago Tribune Magazine. When Mitchell asked Capote why there was water in a vase containing artificial calla lilies, Capote replied "To make them look real, of course!" The blog is all about parties!
- Craig B. Highberger)

Already a well respected author and popular figure on the social scene by the mid-1960s, Capote's fame and status skyrocketed with the huge commercial success of his 1965 book "In Cold Blood", which would also later become a movie. "In Cold Blood" told the story of the brutal murders of a farmer and his family in Kansas, and despite some question as to how factually accurate Capote's account of the events were, the book is widely acknowledged as the first true crime book, thus launching the genre.
The success of "In Cold Blood" made Truman Capote a millionaire (although by his own account, the $2 million he made is less impressive when the six years spent researching and writing the book are taken into account), and helped to secure his place in high society. 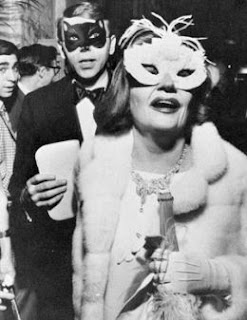 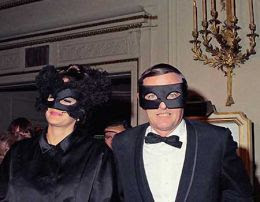 (November 24, 1925 – February 27, 2008) was an American conservative authorand commentator. He founded the political magazine National Review in 1955, hosted 1,429 episodes of the television show Firing Line from 1966 until 1999, and was a nationally syndicated newspaper columnist. His writing was noted for extensive vocabulary.

The Plaza Hotel in New York City is jointly owned by Elad Properties and Kingdom Holdings, a Saudia Arabia based corporation. It has been managed by Fairmont Hotels & Resorts since 1999. 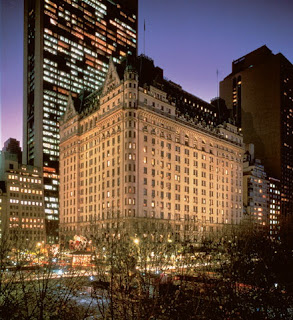 The commercial and social success that Truman Capote achieved for himself was the pinnacle of the dreams of the young Alabama boy whose motto was, "I aspire". Capote was already a fixture on the New York social scene before the release of "In Cold Blood" and had a group of society ladies with whom he often dined known as his "flock of swans". Truman's blueblood "swans" included fixtures of American society: Babe Paley, Slim Keith, Gloria Guinness, Lee Radziwill (sister of Jacqueline Kennedy), C.Z. Guest, and Marella Agnelli. The socialites of New York affectionately referred to Truman Capote as Tru Heart or Tru Love, and he was like their favorite little pet (albeit one with a sharp tongue and an attitude).

To celebrate his grand achievements, Capote decided to throw a party. Not just a party, but the party, the one to which everyone who was anyone would desperately desire to be invited. He set the date for November 28, 1966 in the Grand Ballroom of New York's legendary Plaza Hotel. Capote wanted his party to be spectacular, to make a splash, and he set about making that come true. The event was much more than a party to Capote, it was performance art, and a childhood dream come true. Realizing that it would look better to at least pretend that the party was in honor of someone else, Capote designated Washington Post publisher Katharine (Kay) Graham as the guest of honor.

Speaking of the guest list, it is one of the most interesting parts of the story behind the Black and White Ball. Truman Capote was a skilled social climber and a master manipulator. When it was he who held the power, he decided to take the opportunity to make or break people socially. Capote taunted potential guests by saying, "Well maybe you'll be invited, and maybe you won't". He was fond of saying that when he threw his famous party, he made 500 friends and 15,000 enemies.
Some said that it was less about whom Capote did invite, and more about the people whom he consciously snubbed. Capote meant for the guest list to the Black and White Ball to become the 20th Century's answer to the famous "400" of the Gilded Age (an 1892 list of the four hundred members of high society who could fit in Mrs. Astor's ballroom on 5th Avenue), and in many ways it did.

An expert at self-promotion, Capote got the kind of publicity for his upcoming party that had never been seen before. People were desperate to score invitations to the Party of the Century.
Pleas were made, cash bribes were offered, and would-be party goers phoned so often that Capote was finally driven out of New York for a time. One of the few guests whose begging was successful was a man who told Capote that his wife had threatened suicide if she did not make it onto the "in" list. Not wanting to be the cause of a death (his own mother had been a suicide), Capote did agree to extend an invitation to the unfortunate woman and her husband. 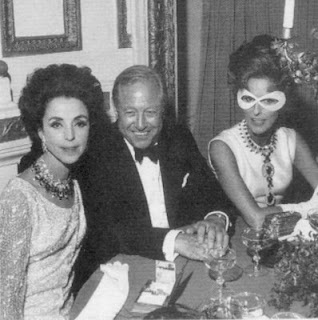 Barbara "Babe" Cushing Mortimer Paley (July 5, 1915 – July 6, 1978) was an American socialite and style icon. She was first privately, and later publicly, known by the popular name "Babe" for most of her life. She was named to the International Best Dressed List Hall of Fame in 1958. 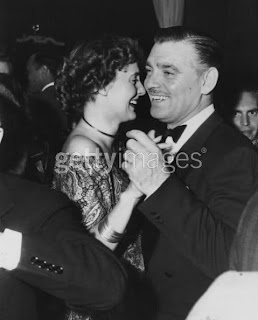 Some women are born into their fortunes, others earn them the old fashioned way: they marry them. Lady Slim Keith fell into the latter category. Born Nancy Gross in Salinas, California, Slim was an unremarkable girl in a strict, unhappy home ruled by her bigoted father. Her difficult childhood was made more bearable by her mother, as well as the John Steinbecks, their neighbors and good friends. 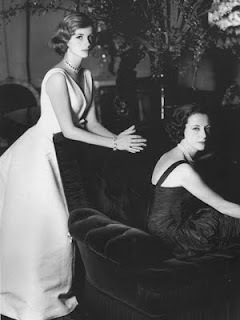 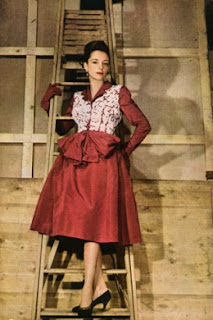 born Gloria Rubio y Alatorre, was a Mexican-born socialite and fashion icon of the 20th century, and a contributing editor to Harper's Bazaar from 1963 until 1971. She was named to the International Best Dressed List Hall of Fame in 1964.

PARTY OF THE CENTURY* THE FABULOUS STORY OF TRUMAN CAPOTE AND HIS BLACK AND WHITE BALL lavishly illustrated with photographs and drawings of the guests and their gorgeous and extravagant costumes, masks, and jewels and including the guest list, the recipe for the Plaza chicken hash served at the ball, and other memorabilia, this portrait of revelry at the height of the swirling, swinging, turbulent sixties will be the book of the season for anyone interested in American popular culture and the lifestyles and legacies of the rich, famous, and talented.

C.Z. Guest with her son 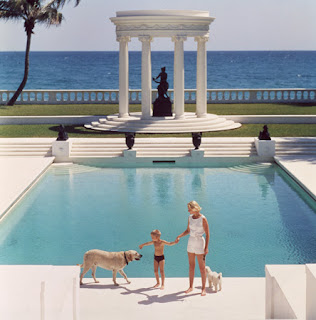 Capote carried a composition notebook around with him for weeks, working on the guest list. Names went on the list, names were removed, and some were placed back on. When the final guest list was complete, it included 540 people, of whom close to 500 ultimately attended the ball. To hear it told, though, quite a few more people were invited; there were plenty of social climbers who told their friends that they had been invited to the Black and White Ball, but had to be in London or Paris on that night (and then actually left the country to keep up the charade!). Their efforts were all for naught, however, as Capote "leaked" the guest list to the New York Times, which published it in its entirety the day after the party.


Thank you Truman Capote for creating a world we will probably never see again and thank you Deborah Davis for creating a fascinating look into that world with PARTY OF THE CENTURY* THE FABULOUS STORY OF TRUMAN CAPOTE AND HIS BLACK AND WHITE BALL !

WIKIPEDIA and PARTY OF THE CENTURY* THE FABULOUS STORY OF TRUMAN CAPOTE AND HIS BLACK AND WHITE BALL are MAJOR SOURCES of this Blog!

STAY HOME TONIGHT AND READ PARTY OF THE CENTURY* THE FABULOUS STORY OF TRUMAN CAPOTE AND HIS BLACK AND WHITE BALL Don't have it? Order it http://www.amazon.com/Party-Century-Fabulous-Truman-Capote/dp/0471659665 Relive this historic event
Become A Facebook friend of mine!
Follow me on Twitter
If you've seen one of my appearances/shows, add your thoughts to my guestbook at www.RichardSkipper.com

Posted by RichardSkipper at 10:25 AM