Celebrating Our Past as We Move Forward

To achieve happiness, we should make certain that we are never without an important goal.
~Earl Nightingale


As we near the end of the first month of this new year, I wanted to take a look back at some of the moments that made our past so special.
And what better time to do that than on  #ThrowbackThursday!
Recently, I nearly fell off of the sofa when I heard that the Helen Hayes Theatre is being sold on Broadway (actually 240 West 44th Street) and most likely the name of the theatre might be changed. Helen Hayes has been called The First Lady of the American Theatre.
How many people under the age of twenty five working in the theatre today know who Helen Hayes is?
If they don't, why not? They should. She is important to our legacy! I actually met her a few times.
I have been noticing over the course of the last ten years that if it didn't happen in the past twenty-five years, it is not relevant to the movers and shakers of Broadway and Hollywood? I would like to know why!
Arlene Dahl has devoted the last few years trying to get a Broadway Walk of Fame in the theatre district similar to the Hollywood and Palm Springs Walk of Fame.
Having lived and worked in Hollywood for most of her film and television career, Dahl was fortunate to have been one of the first stars to receive a STAR on the HOLLYWOOD WALK OF FAME.Since New York has been Dahl's home for over 30 years, and since New York City is the Entertainment Capital of the World, it occurred to her that we, too, should have a “WALK OF FAME” displaying our stars and legends in the world of Theater, Motion Pictures, Television, Music and Dance.  To this end, she has created a New York not-for-profit foundation called THE BROADWAY WALK OF STARS FOUNDATION, INC.  It has received tax-exempt status and they are moving ahead quickly.
They will be placing especially designed star squares with the name of the artist and his or her affiliation at intervals in the public sidewalk, forming a ribbon of stars.  The proposed BROADWAY WALK OF STARS
will begin at 47th Street and Broadway in Times Square and continues down both sides of the street to 42nd Street, then branch out from there.
I hope that she achieves her goal. As of this writing, there is not even an official Broadway or theatre museum in New York! Marilyn Wick in Florida has a bigger Broadway costume collection than ANYTHING amassed in New York.
On 42nd Street, there IS Madame Tussauds Wax Museum. EVERY aspect of popular culture is celebrated EXCEPT theatre! AND, it is right in the Theatre District!
I have written in the past that from a very early age, it was instilled in me that a knowledge of what had gone before would be very important to my future in this business. I still hold on to that thought to this day.
It is interesting that today's generation, for the most part, don't have an appreciation for the past and/or a thirst for knowledge.
I have written of this in the past, but I am a product of sixties and television programming. It was an era of variety shows and television specials! There were also only three networks.
Today, I received word that the unstoppable Bobbie Horowitz is going to be doing a new series at The Metropolitan Room celebrating people who have reinvented themselves at a later age. I will be interviewing Bobbie and doing a blog feature on her in early April.
Save April 11th as her first installment in what promises to be a great series. 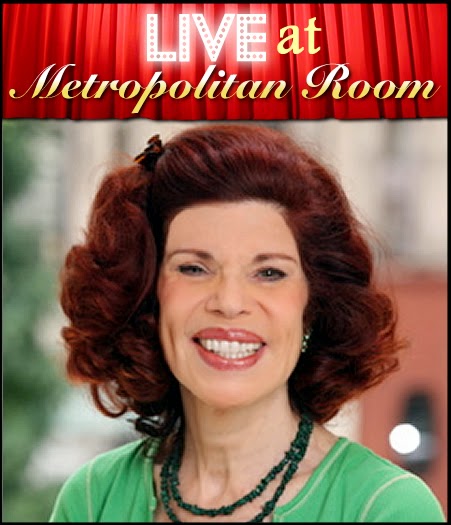 She writes:
I'm often excited.  This time WOW - am I excited!  You may know that for the last few years I've been plugging a segment honoring people over 50 years old, who have started a new career or picked up one they let go of years before or enrolled in school to learn get a degree in a field that's new for them, etc. You probably know I've been doing this.
OKAY - Why am I excited now? What's finally happening?
I've booked a monthly series at the gorgeous Metropolitan Room!

Each month top cabaret performers of all ages will perform to honor a person who has accomplished one of the feats I just mentioned.
Believe me, I don't think people in their 20s, 30s and 40s are less terrific, I believe that people of every age can accomplish great things. All ages can cook!
I want to see 20, 30 and 40 year olds in the audience so they can see they needn't be afraid of adding years to their life. They'll be adding knowledge. All ages are great - and all have challenges.
I've been noticing that age discrimination re the older people in America has grown in recent years. 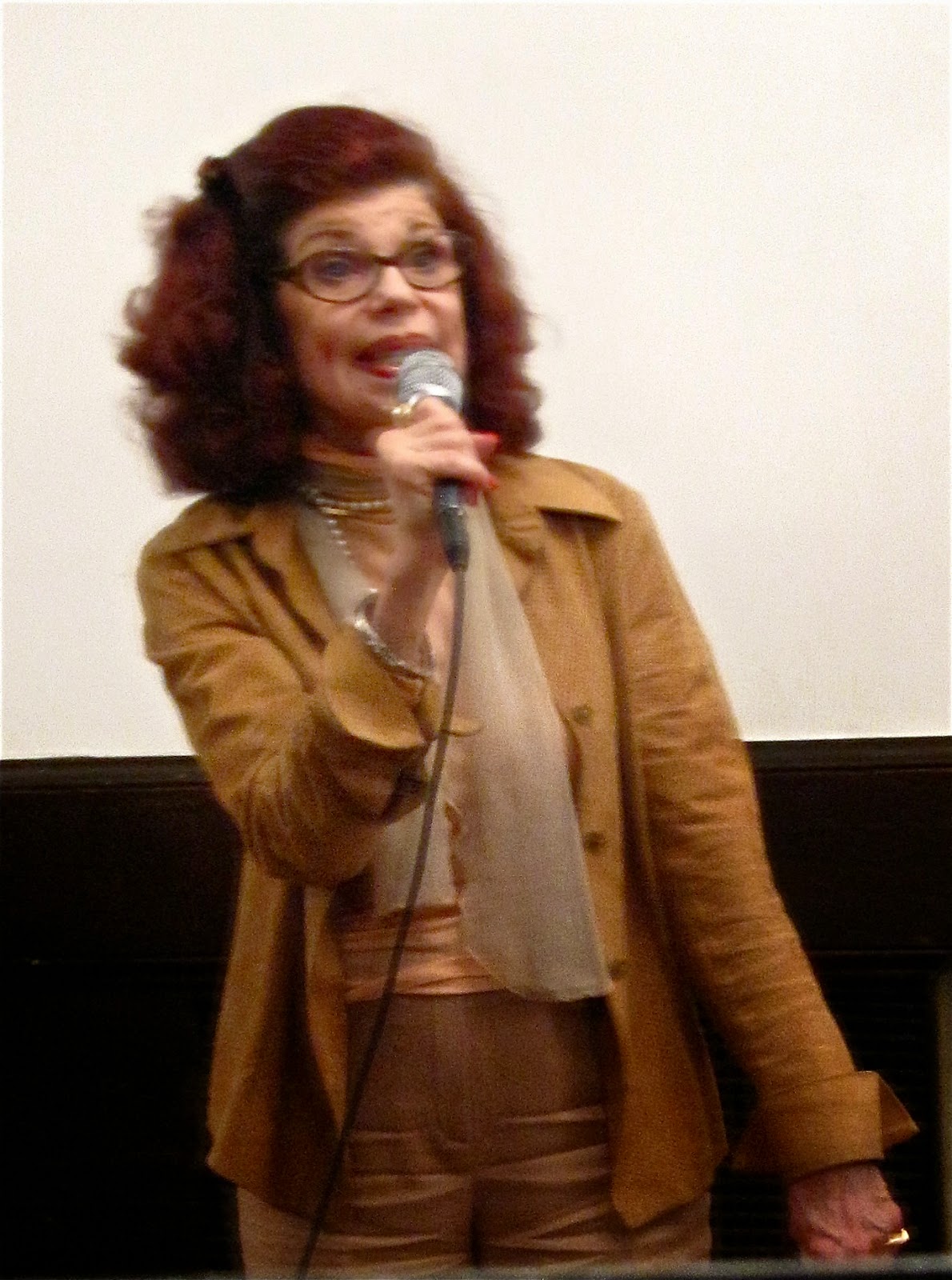 This is odd since the number of older buyers, moviegoers and TV listeners has grown immensely.  45% of the USA population is now over 50!   - AND - the number is growing!
I'm sure you know this because I know you're well informed.
I repeat - we'll show the community that people in all age groups can be COOKIN'!
Our first show is on April 11th at 2PM. 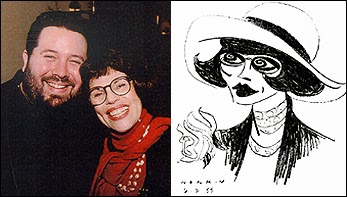 Alice has just founded   "The Radical Age Movement!"
If you weren't at it - you should have seen that first meeting! Alice was hoping 20 people would show up - I believe the number of attendees was over 50!
It was the hottest group of over 50s (many in their 80s +) that you could imagine. The energy in the room was astounding.

I'd love you to be able to share this matinee with me! 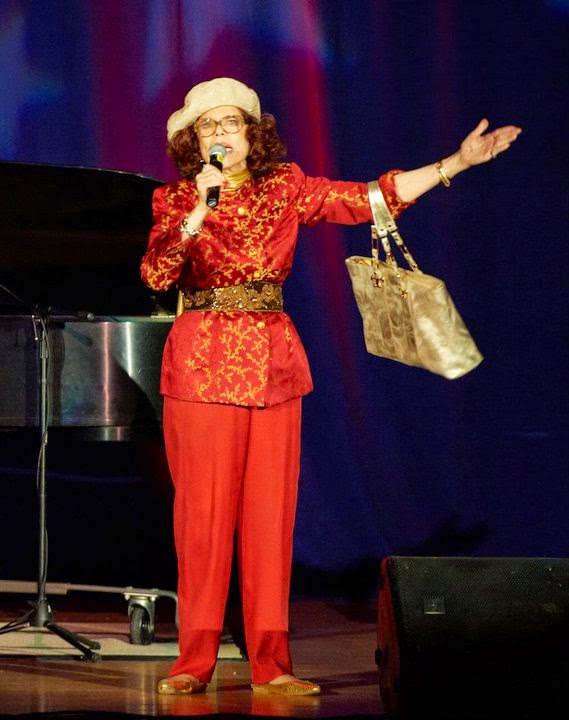 I would reserve right now, if I were you. This will, most likely, sell out.
Please tell your friends that the price is right plus there's a discount for seniors.
Just go to www.metropolitanroom.com and put Bobbie Horowitz in the Search Bar.
You'll see the names of some of the stars already booked to perform!
They're hot!

On a sad note, Jean Claude Baker of Chez Josephine recently passed away. Bobbie and I actually were with him on the Saturday before he passed. 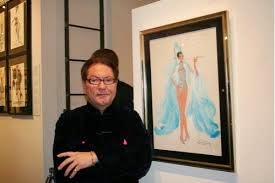 A Requiem Mass for the repose of the soul of Jean-Claude Baker will be said by the Reverend Peter Colapietro this Saturday, January 31st, at Holy Cross Church, 329 West 42nd Street, New York City.
The Holy Mass for the restaurateur, biographer and humanitarian will begin at 10:30 a.m. sharp.
In lieu of flowers, a donation to the charity, Autism Speaks, is requested.

Check out my site celebrating the first Legacy of Hello, Dolly! 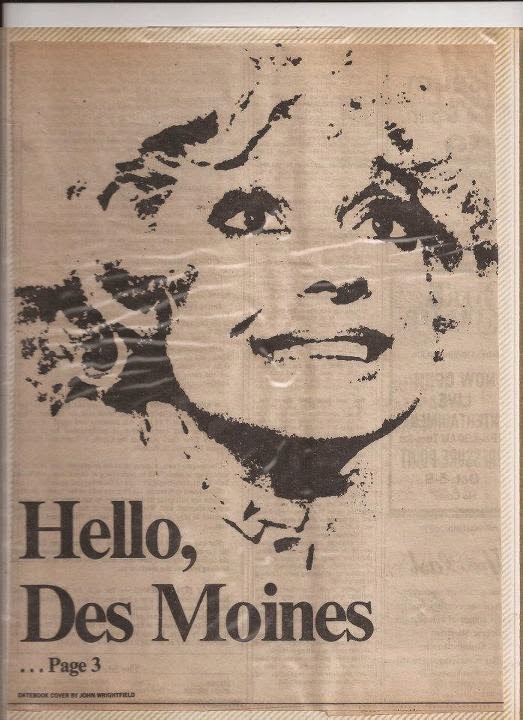 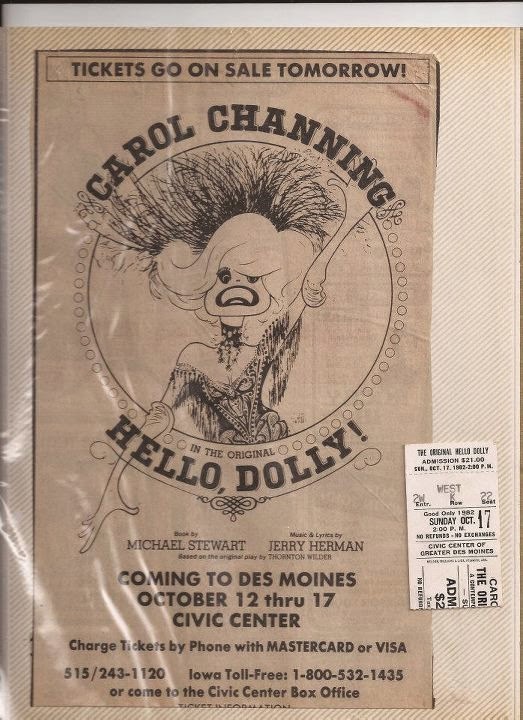 I would like to invite you to Peggy Eason’s next appearance TUESDAY NIGHT!!  She is making her Iridium debut on February 3rd at 8PM  Anything you can do to help spread the word is greatly appreciated. It is produced by Scobar Entertainment! 10 Time MAC (Manhattan Association of Cabarets and Clubs) Award Winner Lennie Watts is her director!
See why NiteLife Exchange says that Peggy Eason is one of The 25 People in Cabaret to Watch in 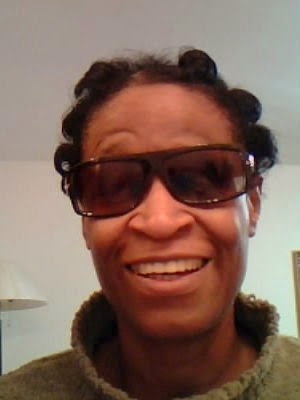 2015
“Peggy Eason – Self-described as "The Chocolate Diva," she seems, more than most, to know how to take the right direction in creating a Cabaret performance.
Having done the Convention and her own show last year, she is poised to be a focus this coming year.”
-NiteLife Exchange

For press inquiries, please contact Richard Skipper at (845) 365-0720. You may also purchase Miss Eason's CD, "Black, Blind and Beautiful" while at The Iridium 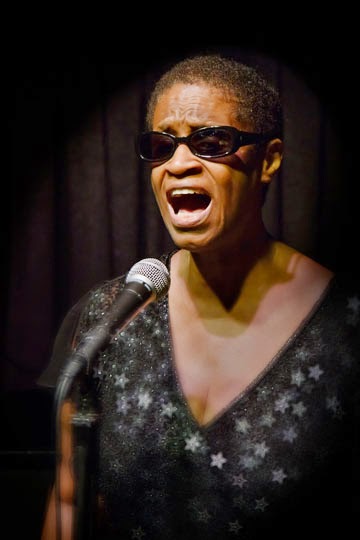 Posted by RichardSkipper at 4:03 PM

Email ThisBlogThis!Share to TwitterShare to FacebookShare to Pinterest
Labels: Alice Fisher, Broadway, didn't happen in the past twenty-five years, Helen Hayes, it is not relevant, Marilyn Wick, The Radical Age Movement, the theatre district, Walk of Fame