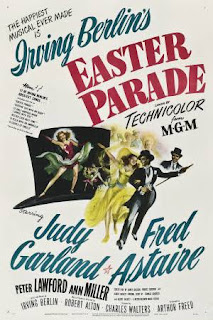 One change always leaves the way open for the establishment of others.
Niccolo Machiavelli

Happy Easter, 2016!
It is March 27th and is the 87th day of the year. There are 279 days remaining until the end of the year.
Whether you are Christian or not, think of this day as symbolic of rebirth. We all have an opportunity to reinvent ourselves on a daily basis. No matter who we are, we all have the same 24 hours. It is what we do with that 24 hours that separates us and makes us ALL unique.
Most people sleepwalk through day-to-day existence, passively letting time slip away. They find it hard to commit to opportunities that come there way. Let's ALL commit to do that over the course of the next 279 days and see where that takes us.
Let's celebrate all that today holds. Let's start with celebrating THE holiday movie to watch. That, of course is Easter Parade starring Judy Garland and Fred Astaire. It was the one  and only time that these great musical comedy 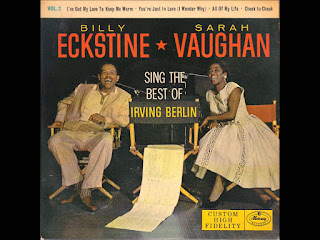 giants were paired together. Read more about this great film via one of my favorite sites, The Judy Room. In addition to being Easter, it is also the birthday of Sarah "Sassy" Vaughan. She is one of my favorite singers.  She is being honored this week by the US Postal Service with her own stamp and on April 9th, La Tanya Hall will be performing To Sarah, With Love at American Popular Song Society. I interviewed La Tanya in an earlier blog. I hope you'll join us as we all celebrate Miss Vaughan.
On This Date
Austin Pendleton is born. Do yourself a favor and watch WHAT'S UP, DOC? to celebrate.
British actor/singer Joseph E. Coyne born (1867).
Harold Nicholas, of the famous tap-dancing Nicholas Brothers, was born on this date in 1921.  Speaking of great dancers, Bob Fosse's Dancin' opened on Broadway (1978).
William Finn's March of the Falsettoes opened Off-Broadway (1981).

The real cause of humiliation isn’t being judged, it’s living in any way that conflicts with your real values.
-Martha Beck 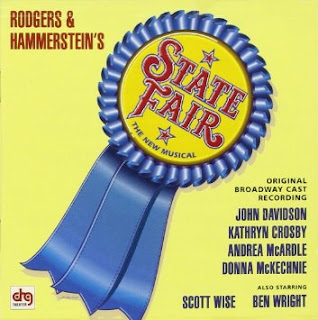 Watch out, New York. Patti LuPone has found her focus. And when Ms. LuPone is truly focused, she’s a laser, she incinerates. Especially when she’s playing someone as dangerously obsessed as Momma Rose in the wallop-packing revival of the musical Gypsy, which opened on Thursday night at the St. James Theater.
Ben Brantley, The New York Times

One step at a time is good walking. -   Chinese proverb

Yesterday, I posted about the upcoming production of Anything Goes which will be appearing at
TheDamn Yankees and Hello, Dolly!, both at Goodspeed and both first-rate productions. I interviewed Daniel just before Damn Yankees. You can read the result of that interview HERE. Yesterday, I sent him some questions (just for fun) to touch base again. I hope you enjoy the results and that you will RESERVE TODAY for Anything Goes. Trust me, you'll thank me!

Goodspeed Opera House opening later this month. This production will beheaded by a masterful director, Daniel Goldstein. I love Daniel's work. I also saw productions of
What is your Morning Motivation?
Coffee.  Lots of it.


How do you approach social media marketing?
Mostly with pictures of my kid.  I figure if
"they" see her they must think I'm doing something right.

It’s Twitter’s 10th birthday. So how do you feel about it now – love it or hate it?

What do you still want that you don't have now? 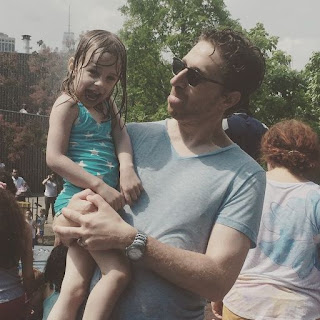 A kitchen with a proper cooktop and ventilation, a backyard and a six pack.

Get Millennials To Vote In 5 Words

Superman.  But Christopher Reeve Superman.  Not this current crap.

What lesson are you learning in life right now??

How do you stay focused on what matters most?

Easy when you have a kid.

In Other Entertainment News
Tonewall is the premier pop a cappella group of the NYC Gay Men's Chorus.
This fresh and charismatic group sings music from all genres, from uplifting anthems and classic

tunes, to sexy hits from today's artists-wrapped in the unparalleled precision singing that is the hallmark of contemporary a cappella.
Saturday, April 2, 2016
Doors Open at 7pm ~ Show at 8pm
Opening Act: Nyack High School Advanced Choir 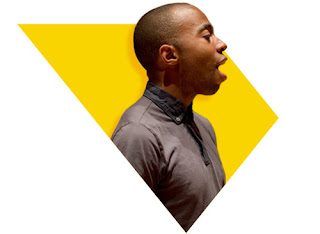 When we surrender to God, it's not to something outside ourselves but to the core of Love that is who we are. Our holiness is our wholeness.
-Marianne Williamson


Posted by RichardSkipper at 10:23 PM