Singer Mason performs with a ferocity of spirit and improvisational freedom that are immensely appealing.
-Chicago Tribune

Happy March 30th, 2016!
March 30 is the 90th day of the year. There are 276 days remaining until the end of the year.
Again, there is so much to celebrate. Last night, Manhattan Association of Cabarets and Clubs held its 30th annual awards gala March 29 at BB King’s Blues Club in Times Square. I was lucky enough to be asked to speak about one of the nominated shows of the year.
The show that I spoke about did not walk away with the prize. That honor went to Mason at Mama's in March, performed by Karen Mason, musical direction by Christopher Denney, directed by Barry Kleinbort. It was presented at Don't Tell Mama. As of that wasn't enough, Karen also won for Celebrity Artist. Both are well deserved. Sue Matsuki spoke about Mason at Mama's.She said that she has always used Karen as the gauge for how to conduct herself both on stage and off. That wasn't just lip service with Sue. She has said that to me on more than one occasion.  HERE is a complete list of all the winners. Today, is also Karen's birthday! Karen, I celebrate YOU today. YOU ARE the high standard in cabaret. I have been a fan of yours for thirty years! You, like a fine wine, get better with age.

From Daniel T. Gramkee:Hi, Richard -- please feel free to share my recap of her opening the Rrazz Room.
A few pictures showcasing her should represent 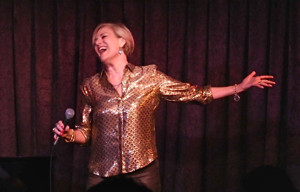 how I feel about her talent (and why she and I should combine creative forces). Thank you, sir! DTG  CLICK HERE

So many years of great moments. She was the FIRST cabaret artist I saw when I moved to NYC in 1980. She and Brian Lasser were performing weekly at The Duplex (55 Grove St location). I became an instant groupie. 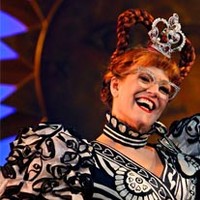 Watching her shows taught me so much about what this art form is about. I love her for her humor, her pathos, her honesty, her compassion, her amazing voice that combines power with generosity and sensuality, and her command of any stage she is on. And for over 30 years of friendship! Playing for her is like soaring through the sky.
Alex Rybeck. Click HERE to see Karen performing one of Alex's compositions.

And from Brian Charles Rooney: My favorite memory is doing Mame, in 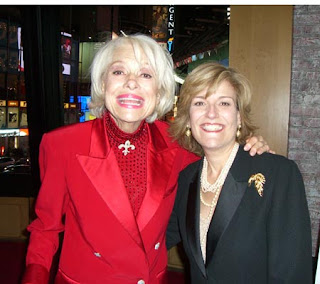 concert with her, and just how wonderful she was to me. She's extraordinarily talented in many ways, but also incredibly generous of heart. I love her.

Today is also the birthday of Peter Marshall. I grew up watching him host the original HollywoodSquares. It wasn't until years later that I learned that he was a big band singer and musical comedy star. Loved him in the original movie version of Annie as Bert Healy.
Speaking of game shows, it was on this date that the ORIGINAL Jeopardy! aired hosted by the late Art Flemming. I also grew up with that.
Jeopardy! was created by Merv Griffin. The original daytime version debuted on NBC on March 30, 1964, and aired until January 3, 1975. A weekly nighttime syndicated edition aired from September 1974 to September 1975, and a revival, The All-New Jeopardy!, ran on NBC from October 1978 to March 1979. A daily syndicated version premiered on September 10, 1984, and is still airing, making it by far the program's most successful incarnation.Today is also the birthday of Brooke Astor.

1913 – Mar30,1913 Frankie Laine is born.
In 1953 UK number one single Ervin Drake's I Believe, plus over 25 other UK Top 20 singles.
In the world of popular music, yesterday's idol is very often tomorrow's forgotten name. Only a handful of performers have ever demonstrated the lasting appeal it takes to weather the onslaught of fads and changing trends over the years, and Frankie Laine was a classic example. His impeccable musicianship and taste kept him an international favorite for six decades.

Today is the 70th Anniversary of the production “St. Louis Woman”. Johnny Mercer wrote the lyrics to the show. Click HERE to hear a selection.

Applause opened on Broadway on this date (1970). Walter Matthau introduces Lauren Bacall and Company in the finale of the 1970 Tonys: Welcome to the Theatre. CLICK HERE.

John Astin appeared in numerous films and television shows, as well as a television director and voice artist and is known for the role of Gomez Addams on The Addams Family, and having been married to actress Patty Duke.
Astin was nominated for the Academy Award for Best Live Action Short Film for his directorial debut, a comedic short film entitled Prelude (1968).
Forum revived (1st time ) on Broadway starring Phil Silvers (1972).
Susan Stroman's Contact opened on Broadway (2000).

Ian Ziering began working in television and radio commercials when he was 12 years old. Besides Beverly Hills, 90210 (1990), his television work included a stint on the daytime drama, Guiding Light (1952). He is also the voice of Vinnie in the syndicated cartoon Biker Mice from Mars (1993) and one of the voices on the animated series Mighty Ducks (1996).

This April, Patrick Rinn (HBO's "Angels in America") will debut his one-man show. I NEVER PROMISED YOU ... ROSE GARDEN at NYC's famed Stage 72 at the Triad Theatre (158 W. 72nd St.) for four performances only.

Here is our mini interview: 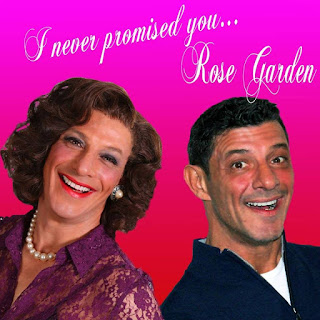 I Never Promised You...Rose Garden is my dream come true.  Every since I was a young boy, that's all I wanted to do was to be a performer.  Just sing and dance my way through life and now I have the opportunity to do so.
What is your Morning Motivation?
To get as much done during the day as I can.  It's true,  The older you get, the faster time flies.

How do you approach social media marketing?
With fear.  I am just learning and there is so much information I have to learn.

It’s Twitter’s 10th birthday. So how do you feel about it now – love it or hate it?
Hate it,  Still can’t decipher what to hashtag and what to @
What do you still want that you don't have now? 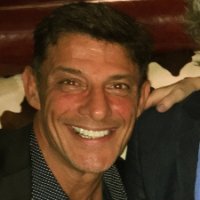 What are you doing to make the world a better place?
Being the best person I can be and set an example of living in love not fear!

What lesson are you learning in life right now??
Slow down

How do you stay focused on what matters most? 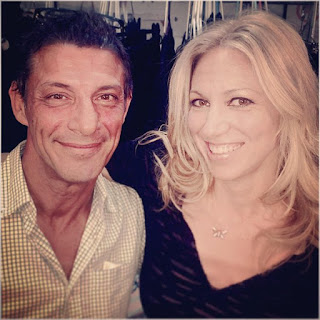 Be in the moment (very hard to do)

In other Entertainment News
This in from Chip Deffaa:
If all goes well, the space pictured here will become the Thommie Walsh Memorial Arts Park in Auburn, New York (which was Thommie's home town). On Thursday, April 14th at 6 p.m, the Auburn City Council will consider a proposal to name the park after the Tony Award-winning 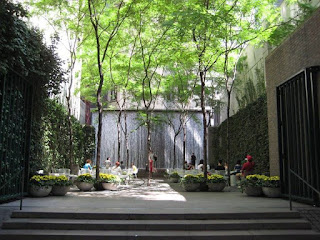 director/choreographer/performer. I loved Thommie, as a person and a professional, and certainly hope the Auburn City Council votes in favor of honoring him. I wish it were possible for me to get to that Auburn City Council meeting and speak on behalf of the proposal, but I trust that others (including his devoted sister, Barbara Walsh) will say all that is needed to be said. He was a gentle, kind soul, who contributed a lot., and made much of the many talents he was blessed with. Whether he was performing in the original Broadway cast of A Chorus Line, or helping to stage a Broadway show like A Day in Hollywood/A Night in the Ukraine, Best Little Whorehouse in Texas, Nine, or My One and Only... of giving me invaluable advice when I was mounting my theater festival, he gave 100%. My fingers are crossed for April 14th!

Visit with two Classic Americans, James Cagney and Dorothy Parker, and the two talented people who are interpreting their artistry.
Robert Creighton opens this weekend in a musical he devised called, appropriately, CAGNEY, all about the "tough guy in tap shoes".
Margot Avery's one-woman show, The Portable Dorothy Parker, was the hit of last year's Fringe Festival, and an even bigger hit with New York's toughest critic and host of Anything Goes!, Jacqueline Parker.  There's also a surprise visit from the real Dr. Jay Heller, from Comedy Central's Broad Street.  Don't miss restaurant reviews and a few other surprises, including an inspirational message from Fulton J. Sheen!  Thursday night at 8 pm on WCPR1.com!


Posted by RichardSkipper at 8:38 PM