Exhilaration is that feeling you get just after a great idea hits you, and just before you realize what's wrong with it. Rex Harrison

Happy March 5th, 2016!
March 5 is the 65th day of the year in the Gregorian calendar. There are 301 days remaining until the end of the year.
As I sat down to begin my blog today, Laura Fygi was singing I Wish You Love on the radio. A perfect way to start my day and a wish I have for all of you. I've often read that you need to know where you've been before you know where you're going.
I've often written about my childhood mentor, Miss Florence Epps of Conway, South Carolina. She taught me, as a young boy dreaming of a career in the theatre, that it is important to celebrate and remember our past. Today, I begin by celebrating one of my favorite actors, Rex Harrison. 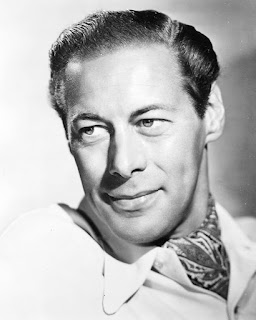 Sir Reginald Carey "Rex" Harrison (5 March 1908 – 2 June 1990) was an English actor of stage and screen.
Harrison began his career on the stage in 1924. He won his first Tony Award for his performance as Henry VIII in Anne of the Thousand Days in 1949.
He won his second Tony for the role of Professor Henry Higgins in the stage production of My Fair Lady in 1957. He reprised the role for the 1964 film version, which earned him a Golden Globe Award and Best Actor Oscar.
In addition to his stage career, Harrison also appeared in numerous films, including Anna and the King of Siam (1946), The Ghost and Mrs. Muir (1947), Cleopatra (1963), and Doctor Dolittle (1967). In July 1989, Harrison was knighted by Queen Elizabeth II.
In 1975, Harrison released his first autobiography. His second, A Damned Serious Business: My Life in Comedy, was published posthumously in 1991.

Harrison was married a total of six times and had two sons: Noel and Carey Harrison. He continued working in stage productions until shortly before his death from pancreatic cancer in June 1990 at the age of 82. 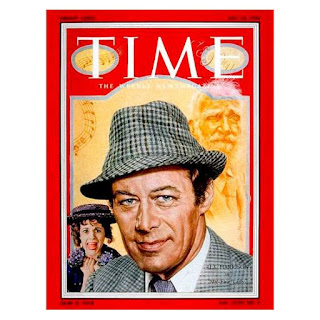 Today is also the birthday of Jack Cassidy and Dean Stockwell.
Other notable Birthdays
Samantha Eggar, English actress. She starred in the television series, Anna and the King, which of course, was based on the movie of the same name, which starred Rex Harrison.
Elaine Paige, English singer and actress.
Marsha Warfield, American actress.
Andy Gibb, English-Australian singer (d. 1988)
Joel Osteen, American pastor, author, and television host.
Transitions on this date
Today, in 1963, Patsy Cline was killed in a plane crash near Camden, Tennessee.
Today in 1982, manic rock & roll comic/actor and Blues Brother John Belushi overdosed at age 33.
1974 – Billy De Wolfe, American actor (b. 1907).
1974 – Sol Hurok, Ukrainian-American businessman (b. 1888)
1981 – Yip Harburg, American songwriter and composer (b. 1896).
1984 – William Powell, American actor and singer (b. 1892).
1990- Gary Merrill, American actor and director (b. 1915).
1999 – Richard Kiley, American actor and singer (b. 1922).
2012 – Robert B. Sherman, American songwriter and screenwriter (b. 1925)
And one year ago today...2015 – Albert Maysles, American director and producer (b. 1926) and  Dirk Shafer, American model, actor, and director (b. 1962)

Milestones  on this date
Today in 1983, Michael Jackson's "Billie Jean," from Thriller, began its 7-week command of the Billboard Hot 100.

Today, I also celebrate Sonya Hensley and Jed Ryan!
Having regaled audiences in over 50 countries as featured headliner, principal performer or co-lead singer – including a 14 country tour of Sophisticated Ladies - Sonya Hensley is equally at ease singing jazz, R and B, Broadway, pop, Latin and blues – and has long been driven by her desire to keep expanding her horizons and bring a fresh twist to the world’s most beloved songs.

Sonya is currently in pre-production for her videos in support of her debut CD  "The Essential", which I LOVE, BY THE WAY! Keep your eye on her YouTube channel mssonyams or sonyahensley to see updates and subscribe
Sonya is collaborating with a few producers and composers as well. James Leary to mention one.

Here is our mini-interview 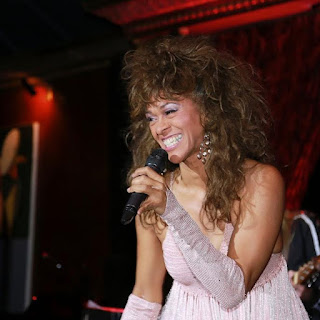 What kind of people do you avoid?
Negative complaining people....They "desire"the advice and answers then say why they can't do anything to change.


What does this time in your life mean to you?
Appreciating all the obstacles and knowing why. I have responsibility to do what I came here to do and must go forward with joy and extreme appreciation for myself and others.

What is your daily Motivation?
Ancestors, compassion, gratitude and helping others

Finish this sentence: It's time to panic when...
Never....bad decisions and victim point of view can get you killed .I have nothing to fear but fear and panicking.

Finish this sentence: If I had another chance... 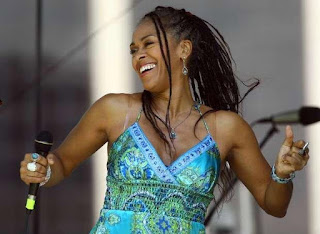 I would have been more appreciative when I was younger out loud..
Saying more "I love you's" and "I appreciate you"'s, and "You are so inspiring to me"...

Compliment three people right now.
1.You Richard, for giving me a great opportunity Thank you so much
2.Tom Estey for keeping faith in me !
3.My Mother who has given me morals,  discipline, beauty ,love and my backbone literally....

What is the biggest challenge you face each week?
Letting go of that which no longer feeds my productivity and my soul and useless things in general and needy personalities.


And, now, Jed Ryan!
I began by asking Jed what is the one thing he has learned in this business.
The one thing I've learned when I  interview someone is to really try to keep it "focused on the future".  A lot of performers are supremely creative and they always have several projects or endeavors they are working on at the same time.  I like to know what they have in store for us in the upcoming year-- not so much what they've done in the past.  Plus, I like to ask them about health and fitness... what they do to stay   so full of energy and youthful.  I think my subjects appreciate that too.

How Much Would you spend for a premium ticket for Hamilton? 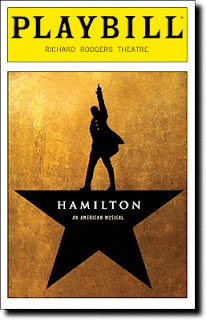 Ha ha!  A premium ticket to Hamilton?  Put it this way: Live theater is unique from all other kinds of entertainment.  It's so "in the moment". The magic of live theater can rarely be replicated on film.  So, if it's a play you really want to see before it's gone (sometimes forever...), then what price is too high?
But personally, I'd probably cap off at about $500!

What one thing would you like to see in our culture among all others.
... in New York City it's a pleasure just to get some common courtesy and to get a "Thank you!" Sometimes that's ALL you want!
("Common" courtesy...!)

What do you listen to to lift you up?
I listen to the oft-redone Shakin' the Blues Away when I am feeling down and miserable.  It ALWAYS does the trick. One of my absolutely favorite moments was hearing you (Richard Skipper)  and Sue Matsuki sing that song together at a show.  When you two sang, "If you are blue it's easy to shake off your cares and TROUB--les!", it made my weekend!  Also, Judy Garland's Get Happy or I Feel a Song Coming On is also guaranteed to lift your spirits. (Yes, I'm THAT gay...)
...I am currently promoting my 2016 pinup calendar Underneath the Sash which features twelve months of sexy photos of Leather and Bear Titleholders.

It's a celebration of "old school" masculinity, with men of all ages and ethnicities.  It's currently for sale  through Jed's Facebook page and all proceeds benefit the Leather Archives and Museum in Chicago.  It's guaranteed to keep you warm during Snowmageddon... and the rest of the year too!

Do you have a favorite quote or personal philosophy that you live by?

The past is only for remembering.  The future may not even come.  The present is the only time you own... so make the most of it!  Squeeze as much as you can out of every single day.

The 50th Anniversary Broadway staging of the classic American musical Fiddler on the Roof, starring Danny Burstein as Tevye, has been recorded by Broadway Records. Celebrate the launch of Fiddler in the Roof (2016 Broadway Cast Recording) with Danny Burstein and lyricist Sheldon Harnick and performances by cast members from the hit revival, followed by a CD signing. The event takes place at Barnes & Noble, 86th Street (at Lexington) on Friday, March 18 at 4:30pm. Priority seating with CD purchase.
Congratulations to Mark Nadler who was featured in yesterday’s 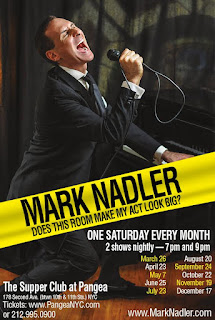 New York Times (wherein Stephen Holden called him a “dynamic super-vaudevillian”!), He's going to be doing one Saturday every month at The Supper Club at Pangea, which Mr. Holden described as “a bohemian oasis not unlike the fabled Max’s Kansas City”.
He begins there three weeks from tonight!!

I'd like to leave you all with this thought today: The True Master Knows He's Always A Student.
Thank to ALL of the artists mentioned in this blog for the gifts they have given to the world and continue to give! 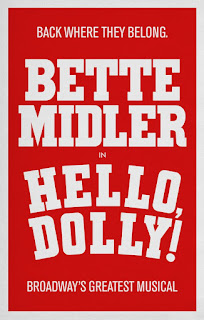 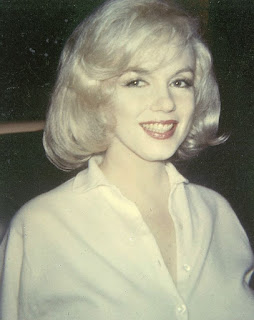 
David Meulemans returns in Lucky To Be Me! Directed by the incredible Sally Mayes with great musical direction by Tex Arnold. David will take all of us on a great musical romp through the ups and downs of his life.David Meulemans combines a love for the American Songbook with his classically trained voice to entertain audiences from Miami to New York, London and around the nation.  In a recent review, Charles Truenski describes David’s performance of “Lucky to Be Me” at Manhattan’s Metropolitan Room, as “a perfect night of cabaret” stating this is the kind of cabaret New York City needs more of.  A popular leading man in South Florida musical theatre, David brings his comfortable style, passion for music and remarkable vocal talents to every project he tackles, with humor, heart and joy.    This show WILL sell out! So reserve today and be a part of his star studded audience!
This is a CD Release Event! ALL in attendance will receive complementary copy of Lucky To Be Me: Recorded LIVE at the Metropolitan Room August 22nd, 2015
http://metropolitanroom.com/event.cfm?id=222431
$5.00 OFF COVER OF ALL MAC MEMBERS
Manhattan Association of Cabarets and Clubs
Richard Skipper Celebrates is the publicist for David Meulemans and Lucky To Be Me at NYC's Metropolitan Room. ! For press reservations, interview requests, or more information, contact Richard Skipper at Richard@RichardSkipper.com or 845-365-0720

Posted by RichardSkipper at 4:32 PM