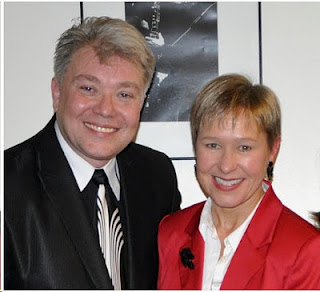 If you see a job that needs to be done, do it.
-Amber Edwards' personal philosophy

Let's make February A Month to be fabulous!

The next 29 days will help determine the  path you are on for the rest of the year. You either go after your goals or you don't. As 2011, came to a close, I sat down and wrote out my intentions for the entire year. I am proud to say that everything that I set out to do in January has come to pass.

I launched Talk Fusion, a new way of doing business, I began work on my coffee table book celebrating all of the legendary ladies who played Dolly Levi in Hello, Dolly!... publishing date January 2014. I secured a date for a photo shoot in February.

I love the above quote above from Amber Edwards, the subject of today's blog. She gets things done. I first met Amber in March of 2007. I can't believe it has been 5 years! She had just completed her documentary on Jerry Herman, Words And Music. The Lambs was having a special screening before its PBS premier. Thanks to my friend Kevin McMullan, who is a member, I was invited to attend. It was an incredible evening with Walter Charles, Lee Roy Reams, Harvey Evans, Nicole Barth, Bert Michaels, among others in attendance. 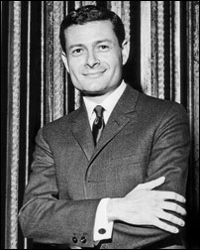 I loved the documentary. My love for Jerry Herman is no secret. He is my absolute favorite songwriter of all time.

Amber and I exchanged cards and we have remained in touch. In November, she served on a panel I produced for New York Sheet Music Society honoring Jerry Herman. Read about that here. She has since gone on to produce and direct the award winning series, Michael Feinstein’s American Songbook. Season Two returns this Friday night on PBS. I am thrilled that with all that Amber has going on that she made time for today's blog.

The first live show Amber saw as a young girl was a ballet, and although she was then signed up for ballet classes that was not meant to be for her! But she was taken to concerts, theater, opera, etc regularly as a little girl growing up in Kansas City, from professional to community theater to school productions.
She had a fabulous exposure to the arts, starting before kindergarten when she was enrolled in a music program held at UMKC (University of Missouri at Kansas City) run by two glamorous twin sisters who encouraged Amber to use her imagination but also to acquire skills. (An imagination is no good if it can’t be harnessed into expression, right?) Amber took piano lessons starting at age 7 and just recently when she was in Kansas City, she saw her old piano teacher, Mrs. McNown, who also combined freedom of expression with the teaching of skills. (For every 4 Bachs, Brahms, and Beethoven pieces she mastered, she could pick something fun or popular to work on.) 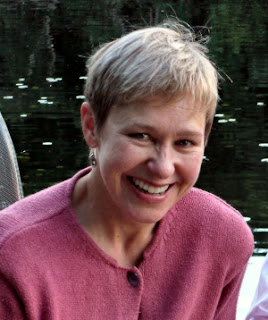 Perhaps the most important teacher she ever had, according to her,  was her high school choir teacher, Mr. Zollars, who was also the Junior Varsity football coach, and brought that ethic to music. Their choir was full of jocks, and Mr. Zollars would yell at whoever was flat or not blending. It was boot camp and laziness was not tolerated. Amber said, "We tackled pieces that I bet most midwestern high schools wouldn’t touch: Bernstein’s Chichester Psalms, for example, sung in Hebrew (he brought in a dialect coach) with a boy soprano solo (we had a recent new arrival at our school, an Austrian who had sung with the Vienna Boys Choir whose voice hadn’t changed yet; Mr. Zollars wanted to harness this talent before it was too late!)  Mr. Zollars insisted that I accompany the choir two days a week which was a crash course in sight reading and also made me sing soprano when I was really an alto, because he wanted me to have to work harder. And I did.  I hope there are still teachers like that out there, because they can change the course of so many lives."


Tell me about your first professional job? 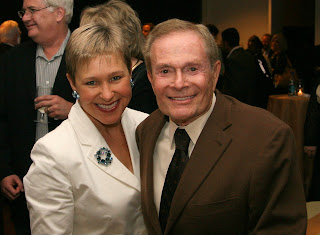 Right after college (Yale, ‘82) I went to work as an assistant to Robert Kimball, the musical theater historian. Robert had taught me in two seminars at Yale, courses that spawned a bumper crop of musical theater powerhouses, among them Victoria Clark, Ted Sperling, David Loud and more.  At that time Robert was cataloging a treasure trove of music by Berlin, Porter, Gershwin, Kern, and others that had recently been discovered  in a Secaucus, NJ warehouse. I still consider Robert a mentor, and ironically, one of the people I would encounter answering  Robert’s telephone back then was a young fellow named Michael Feinstein, who at the time was Ira Gershwin’s musical secretary!


What makes you cry out of the blue when you see or hear it?

Carol gave me a lovely interview for my 2008 documentary on Jerry Herman. She’s one-of-a-kind.

Coming up Fridays, Feb 3, 10, and 17 at 9 PM (Check local listings) is the Second season of the PBS series “Michael Feinstein’s American Songbook”, which I direct, produce, and edit. This year we go broader and deeper in our explorations of 20th century popular music, and cast a wide geographic net: the Mississippi Delta, Las Vegas, Kansas City, Madison (WI), upstate New York, even the Playboy Mansion in Los Angeles.


Next project
Season Three of this series, I hope.

We hope so too!


Amber, THANK YOU so much for this interview and the gifts you give to the world !


Now, GO OUT AND Buy Words and Music by Jerry Herman 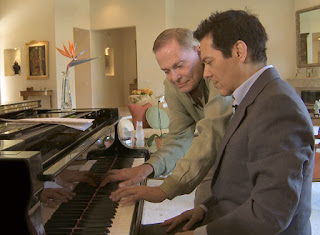 Premieres this February on PBS

This blog is dedicated to ALL of the artists who have touched my life! Past, Present, and Future!

Posted by RichardSkipper at 5:53 PM