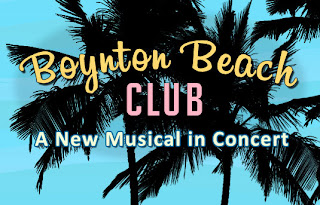 The only way to have a career in theatre is never face the facts."
-Ruth Gordon

The Giants won the Super Bowl, it's Bob Marley's birthday, and everyone is talking about a Super Bowl commercial starring Clint Eastwood!
How's that for covering several bases? Well, the person I am writing about today is also someone who is covering more than one base. Michael Colby has several musicals that he has had produced over the years as well as one that I will be covering in a few days. Tomorrow, I have been invited to a rehearsal of a reading of a concert version of Boynton Beach Club featuring Barbara Minkus which is going to be performed in Florida later this month. This, of course, is based on the movie of the same name. Here is the plot summary from the IMDB website, " A romantic comedy about our amazing capacity to rebound and fall in love at any age. Lois, Harry, Marilyn, Sandy and Jack live in an "Active Adult" community in Boynton Beach, Florida. Their lives intersect when they meet at a local Bereavement Club where they go to find emotional support after the loss of a loved one. For anyone who thinks that new love and romance ends long before retirement, they're in for a reality check.
No one sees themselves as becoming old, and the residents of Boynton Beach aren't about to start."
Michael sat down to discuss where he's been and where he is, before arriving at Boynton Beach.

Where do we begin?

As a kid, Michael was a captive audience at birthday parties, watching magicians, puppet shows, and horrifying clowns.  There were elementary school pageants (in which he also made his stage debut, playing himself in an embarrassing costume).

His Brooklyn Jewish family (paternal) took him to Purimspiels.
His Southern Jewish family (maternal) took him to Radio City Musical Hall.  However, the turning point was when he saw his first Broadway show, L'IL Abner. He was absolutely captivated by every nanosecond.
His first report card (in kindergarten) reported "Michael is a very endearing child with a good knowledge of stories. He enjoys dramatic play and loves to dress up."
Growing up, Michael was truly blessed in regards to the arts.  His late grandparents, Ben and Mary Bodne, owned the Algonquin Hotel from 1946-1987, so he virtually grew up there.  Even before his grandparents moved to New York from Charleston SC, they were touched by theatrical lives. 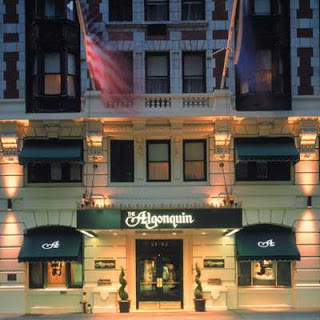 George Gershwin befriended them, when he was in Charleston researching PORGY and BESS.  He'd hang out at my great grandfather Elihu Mazo's Jewish deli and perform his new compositions for the family.  Michael's family was also close to DuBose Hayward (playwright of PORGY, etc.).  Once the Bodne's took over the Algonquin, Michael would take weekly trips from Hewlett L.I. (wherehe lived) to see shows with his family in NYC.  He saw most of the Golden Age musicals from 1956 onward.   And visiting the Algonquin was like something out of Eloise (His middle name is even Elihu).  He has countless stories of friendships with creative forces and talents who stayed at the hotel.
Michael's first professional job came in September 1975. He was assistant to Stephanie Copeland, Artistic Director of the Stuart Ostrow/St. Clements Musical Theatre Lab: the first non-profit organization created for the development of new musicals.  Michael says he learned a lot there.
Michael's thoughts on Arts in Education

Absolutely essential.  The perfect place for students to learn about culture, including American's extraordinary contributions to it.  Also a wonderful gathering place for the young to work together in a stimulating and creative environment.

Have you ever felt like you were born in the wrong era? What other period of time do you relate to and why?

I'm happy about the era in which I was born.  Saw many brilliant shows and lived through many important world events.

Your thoughts on Carol Channing (All my blogs focus on Carol Channing’s Foundation For The Arts)
I’m campaigning for Carol Channing to receive the 2012 Kennedy Center Honor in 2012. If you agree that she should receive this honor, can you say why you think this should happen
As many know,  I have always been a huge Carol Channing fan.  I saw her in the original HELLO, DOLLY! and took my son to see her in the revival.  We were equally captivated meeting her backstage.  Having seen her in such shows as FOUR IN THE GARDEN, I know she's not only a magical personality but a very fine and versatile actress.

Most recent appearance
I sometimes perform my songs as The Salon in NYC.

Next appearance
Probably at The Salon in NYC.  I prefer seeing my musical performed by professional actors and actresses.  There are so many greats with which I've worked (See my website for details:  www.MichaelColby.com)

What is your biggest success in Show Business?
CHARLOTTE SWEET (the musical I co-wrote with the late Gerald Jay Markoe) received rave reviews and Drama Desk Award nominations for us both.  But I have many favorite shows and collaborators:  Ned Paul Ginsburg, Paul Katz, the late James Fradrich, Jack Urbont, the late Jerry Markoe, my wife Andrea, among them.  Though I've never really made a living in theatre (I keep my day job as a substitute teacher), I've been gratified by how much my musicals have meant to so many people.  The casts of many of these show remain good friends and consider working on the shows among their favorite experiences.  There are cult followings for such show as TALES OF TINSELTOWN, LUDLOW LADD, NORTH ATLANTIC, SLAY IT WITH MUSIC, and THEY CHOSE ME!
What was your lowest low and how did you surpass that?
I've lost track of all the low points--manly resulting for musicals that turned out beautifully (or were wrecked by circumstances), then did not have the afterlife I'd hope for.  Still, if I had to cite one example, it would be my experience on the musical MRS. McTHING.  I began working on this show with Mary Chase (HARVEY) who passed away during its development.  I took it on myself, collaborating with composer Jack Urbont.  It was chosen as one of the 4 musicals in the inaugural season at Goodspeed's Norma Terris Theatre.  Without going into detail, there were a series of conflicts and clashes with people who'd been like family to me.  This led to deep chaos.  Michael Price (Goodspeed's artistic director) fired our leading lady after the first preview and morale grew even worse.  Jeanne Lehman was rushed in to take over and she learned the role in an astonishing 24 hours.  Ray Gill (DRIVING MISS DAISY) was a phenomenal leading man.  And our first two reviews were raves, despite the chaos we'd endured.  Unfortunately, the one review that really mattered—Variety—was a horrible pan, dooming the show's future.  This review came out on the eve of my 33rd birthday.  The end result of this (and other personal factors) was I had something of a nervous breakdown.  Fortunately, my hospital stay was short.  And several months later, I used the experience to write another musical--supposedly about Hollywood Babylon but really about my experience at Goodspeed.  That show, TALES OF TINSELTOWN, is one of my all-time favorites.
What one change would you like to see in today’s industry? 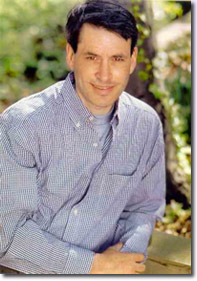 Finding a way to bring down production -- and especially ticket -- costs.  It's an enormous shame young audiences can't afford to attend theatre on the same regular basis as past generations.


Who are your TOP FIVE models and influences as an artist?
1. Lorenz Hart
2. Ernie Kovacs
3. E.Y. "Yip" Harburg
4. Robert Browning
5. The creators of the musical CABARET (original version)

If you could not be in show business, what would you do?
Teach.

Are you happy at the point you are right now in your career?
Gratified in many ways, frustrated in many others.

Do you feel you have achieved what you set out to do?
Creatively yes.  Financially, let's just say I've "given" a lot to the Arts.

What do you do to remain positive when life's hiccups get you down?
Cling to friends and family, start therapy, and refill my anti-depressants.
How on earth do you reach theatregoers now that newspapers are obsolete and there are so many channels on TV you can’t pick the right ones to advertise on and with the web being so hit and miss.
The Internet and other media connections.  Also a megaphone can help.

A genie pops out of the lamp, he grants you three wishes. What are those wishes?
1. One of my musicals (past, present, or future) becomes a big enough success to financially sustain my life in the Arts.
2.  To share such success with family and friends.
3.  That my musicals become a source of inspiration to young audiences.

If you could travel anywhere in the world and spend some time there, where would you choose, and what would you do?
I'd visit the 30s to hang out with Larry Hart and Yip Harburg, my heroes.

What would you ask God if you could right now?
Lead me to hone in on my talents so I can better help myself and others.  And thank you for all the money you saved me on a nose job.

What is the last stage show you saw.  Local or professional.
Roundabout's LOOK BACK IN ANGER.  Hope that doesn't sound too metaphorical.
If you could change places with anyone in the world for 24 hours, who would that be and why?
There isn't anyone except, maybe George Clooney to be rich, famous and smart (But then I'd changed my mind knowing I could do that and still be father to my beloved son Steven and husband to my adored Andrea).

When do you know it’s time for a Michael Colby show?
Any time spirits are in need of lifting or lessons to be learned.

What do you see for the future of Cabaret?
I can only hope it's a venue that sustains the great American songbook and doesn't veer off into today's hardrock and scatological songs.  I mean I'd like to be able to take my young students one of these days.

What can we do to get your type of entertainment to new audiences?
Remind readers to visit my website--www.MichaelColby.com--to find suitable songs and shows that are always fun to present.  Also, PLEASE tell your friends in Southern Florida: "Go see BOYNTON BEACH CLUB: A NEW MUSICAL IN CONCERT" for the time of your life!"

BOYNTON BEACH CLUB: A NEW MUSICAL IN CONCERT.  Based on Susan Seidelman's hit film, the musical plays February 10-12 at The Park Vista Theatre in Lake Worth FL.  The show has a libretto by Susan Seidelman, music by Broadway arranger Ned Paul Ginsburg, and lyrics by Michael Colby.  Directed by Pamela Hunt (MUSICAL OF MUSICALS), it features an all-star cast including Alan Campbell, Stephen Berger, Nora Mae Lyng, Heather MacRae, Barbara Minkus, Barbara Walsh, and Mark Zimmerman.  You can read more at their website: www.BoyntonBeachClubMusical.com

Thank you, Michael, for the gifts you give to the world!


This blog is dedicated to ALL of the the great entertainers that have played in shows associated with Michael Colby...and here's to the success of Michael!
Posted by RichardSkipper at 5:22 PM