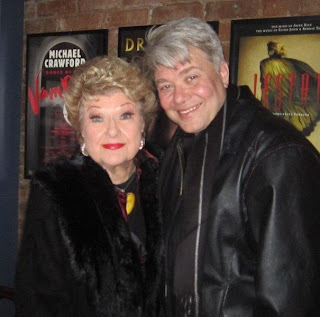 “In all the productions of my “Hello Dolly”, Horace Vandergelder of Yonkers, New York, has always sung the song and made the statement “It Takes A Woman”. Until I heard this album, I never realized that it does take a woman with tremendous musical capabilities to sing the entire score of “Hello, Dolly”. Yes, it takes a woman with great versatility and vocal range to perform the varied material and remain true to her style.
And that woman is Marilyn Maye.

Let’s take, for example, the gentle bossa nova rendition of “Ribbons Down My Back”. Here is Marilyn’s ability to deliver a song with full emotion and very little instrumental accompaniment. Marilyn’s jazz roots surface in her interpretation of “Dancing”. Just try to keep you feet still…. And, of course, the title tune is no stranger to Marilyn. She recorded it on one of her RCA albums and has performed it on stage many times. 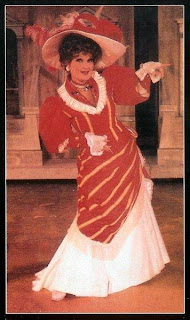 And so…it does take a woman. an exceptional woman like Marilyn Maye. I’m proud to know such an extraordinary combination of singing and acting talent has portrayed my “Dolly” on stage and on this album”.
-Jerry Herman Liner Notes for Marilyn Maye Sings All of Jerry Herman's Hello, Dolly!

The first time that Marilyn Maye played the irrepressible Dolly Levi (1970) it  was the Starlight Theatre in Kansas City which was a 9,000 seat amphitheater. She had done ‘Can Can’ there and Dolly was the next thing. She did not audition.  The theatre had been open for twenty years and they broke all attendance records. They played three weeks.


As far as the CD referenced above is concerned, Marilyn produced it, it was all hers. She did the CD before the fourth year in Galveston. The incredible arrangements heard on the CD are the exact arrangements used in the show.
They recorded the soundtrack CD in London. 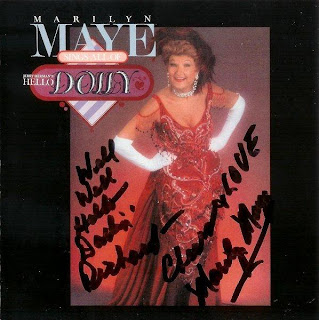 There are a few lyrics in the Hello Dolly number that are different than the traditional score.
In the middle of the Hello, Dolly number  Mark Franklin, who worked with Marilyn on the musical concepts of this CD and Marilyn added that because she desired the song to come down a little so that she could build to an even bigger ending than is/was always in place. And there are the songs that Dolly didn’t sing.  Those are ALL Marilyn's arrangements.
From Mark Janas: We recorded the score in London in the Spring of 1984 with 50 musicians gigging out from the London Philharmonic and London Symphonies. Our trumpet player was the guy who did the piccolo trumpet solo in the Beatles "Penny Lane". What an orchestra! What a joy to conduct them. And Marilyn's idea about adding the additional choruses in "Hello Dolly" was nothing short of genius. We had one chorus with Marilyn and a quartet of "chefs" from Harmonia Gardens where the only accompaniment was one slap bass, and then the next chorus was a riff on that one with full out Dixieland band where all hell broke loose. There were nights when the audience was on it's feet and applauding so fervently that Marilyn would finally ask, "Would you like to hear that again?" and the audience would scream, and we'd do the whole number over.
At the Lone Star Theatre in Galveston, they played every other night.  She loved it.  Tuesday, Thursday, Saturday, Sunday…something like that.  It was a cast of one hundred people!
It was really big.  Mark  Janas was the musical director.

Marilyn also saw Ginger Rogers  and Pearl Bailey do Dolly.  Marilyn was called the ‘singing’ Dolly.  Her version is kind of Jazzy and very different. 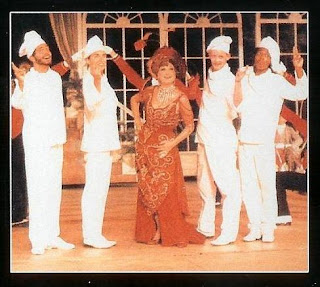 The producers in Galveston desired her to do it that way.  They said, “that’s why we wanted you”.   The producer / director’s parents had seen her do Dolly in Kansas City.  They were ‘show business’ kind of people and they said “if you’re going to do Hello Dolly! …”

The director referred to the original Gower Champion choreography,  but some of it was his.  He was a dancer.  Denton Yockey was the assistant. Marilyn loved Dolly, because she’s in charge! And so she had do that, she says.

That’s what all my leading actresses tell me.

Dolly's positive and Marilyn is too.  It’s all positive thinking you know.

That’s why she loved the part.  She’s positive, moving on to the future’ kind of thing.

One special memory for Marilyn is the night she broke her shoulder in Galveston but continued on with the show. That was early in the game in Galveston.
In Kansas City, Marilyn's Vandergelder was Max Showalter.  Max did Vandergelder on Broadway with Betty Grable. 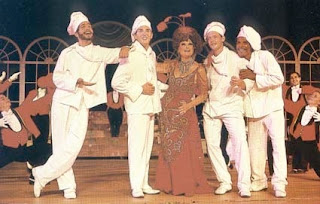 Marilyn adored Max.  She says he was such a darling person.  He’s gone but they remained dear, dear friends.  One of the aspects of the show that Marilyn adored was the fact that throughout the show, the fourth wall is broken. She loved those moments when she directly addressed the audience. She also had a great time each night with the curtain speech. She loves Dolly's positive philosophy, as I said before, and that’s Marilyn's.  She IS Dolly!  There’s no doubt about it.  She loved the fact that she could sing the way she knows how to sing and that she was allowed to branch out in her way.

James Stoker always said that the singing was first and then the acting, where with most of them, "I think it was the acting that was first." 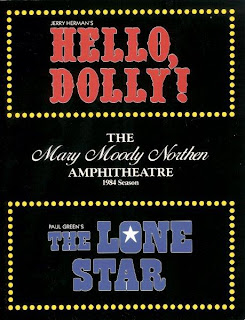 I think that he writes for the actress and the singer.  I don’t know his process of thinking.  I called him when I was doing the show at Feinstein’s and he sent me a gorgeous bouquet of flowers and said “ Thank you, Love you and Bless you” on the card.  I think he considers the performer when he’s writing his music.  He’s very positive.  “It’s Today” has become my mantra.  In the last five years audiences are disappointed if I don’t close with that these days.  “Before The Parade Passes By” is a lovely thing for me, at my age.

Marilyn never worked with Gower Champion.She never got to do Broadway.  She did ‘Mame’ at the Music Hall and Stephen Sondheim’s ‘Follies’ in Houston and in San Diego.


Marilyn recorded the song Hello Dolly! on her first album on RCA, the title track. And she did ‘Mame’ on the ‘Meet Marvelous Marilyn Maye’ on RCA.
The incredible, swing’in arrangements were by Manny Albam.  Marilyn had been doing it in clubs for years and did the Louis Armstrong ‘growl’.  It is now on a ‘golden oldies two for’ with ‘The Lamp Is  Low’. 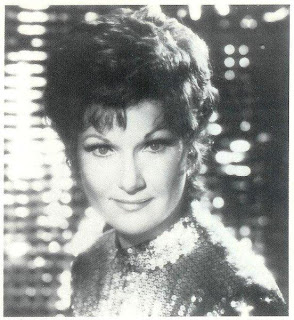 What do you think is the biggest change in the industry since you did the show?
Well, it’s interesting.  They seem to keep doing revivals.  They don’t seem to hit on anything very successful.  I would love to do another production of Dolly.  I feel I could still do Dolly.  Absolutely.

Do you have any more thoughts on Dolly as we wrap up?
Well, I love Dolly.  I still do ‘Before The Parade Passes By”.  I still do ‘It Only Takes A Moment’.  Those are valuable ‘live forever’ songs that Jerry Herman, wrote.  They’ll always be in the Great American Songbook.  They’ll always be good.  They’re all classics and the lyrics say something. 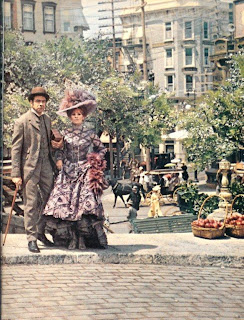 
Tomorrow's's blog will be... My Exclusive Interview with Ilene Graff! 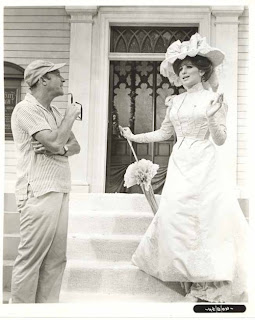 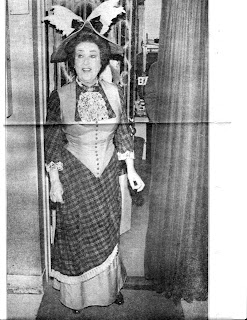 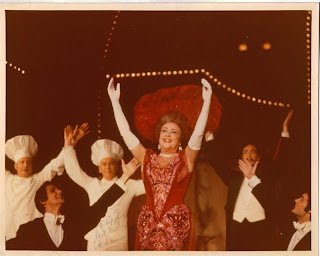 This Blog is dedicated to ll the Dollys! Past, Present, and Future!

Email ThisBlogThis!Share to TwitterShare to FacebookShare to Pinterest
Labels: 000 seat amphitheater, Can Can, DOLLY, HELLO, her style, Horace Vandergelder of Yonkers, Lone Star ampitheatre in Galveston, Marilyn Maye, New York, Starlight Theatre in Kansas City which was a 9, Texas